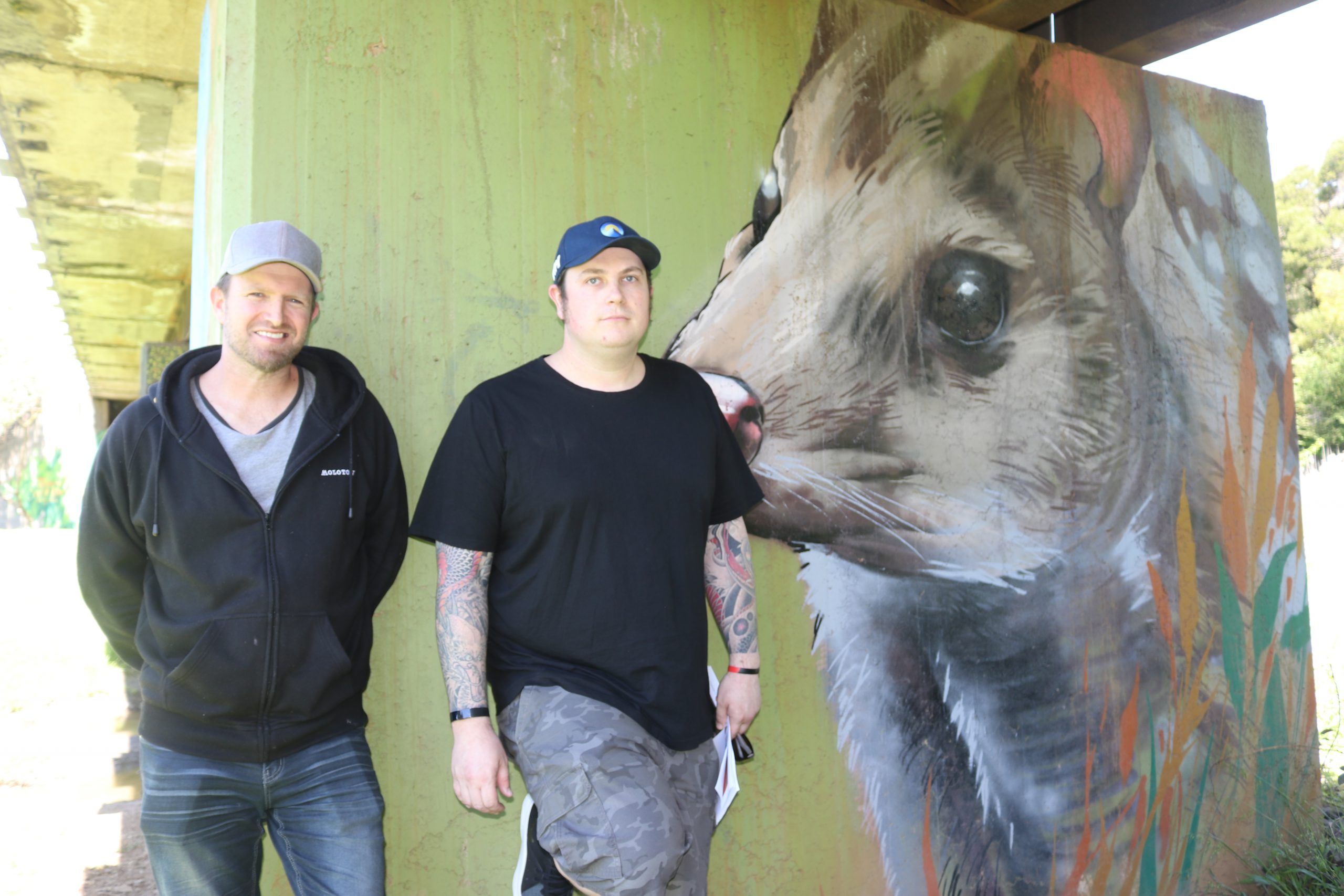 An unsightly graffiti-covered bridge in Newborough has been transformed into a place of community pride thanks to a group of artists who painted a series of murals depicting endangered plants and animals along the underpass.

The street art on Narracan Drive was commissioned as part of a $30,000 state government Graffiti Prevention Grant that included replacing 450 square metres of graffiti with 33 murals at four Valley graffiti hotspots.

The other mural sites were at Priestly Park in Traralgon, Newark Avenue in Newborough and Waterhole Creek Bridge on Princes Drive in Morwell.

Mr Toby said the project sparked a lot of interest from passers-by who swung over to check it out and ask questions.

He said street art was a positive way to get young people involved in public spaces.

“A lot of young people feel excluded from public spaces, this shows them that it’s a space for everybody and by getting them to contribute they can feel connected,” Mr Toby said.

“This brings a sense of involvement which is very important, and a sense of community also, a sense that people care.”

“It’s fantastic, I’ve been waiting a while to see some street art around town, it’s like a dream come true for me to drive past nearly every day and see a variety of artists and their work,” Mr Bechaz said.

“This is good for the whole community.”

The project was also supported by the Morwell Neighbourhood House, Berry Street, The Gathering Place and Gippsland Centre Against Sexual Assault.

Labor member for Eastern Victoria Harriet Shing said it was important to invest in public art which installed a sense of community pride.

“Removing graffiti and improving local streetscapes and environments has a positive and immediate impact on perceptions of safety, frequency of use and improved local pride, and these projects are no exception,” Ms Shing said.

“The work undertaken as part of these grants has also continued to raise awareness of the impacts of graffiti vandalism on the community.”