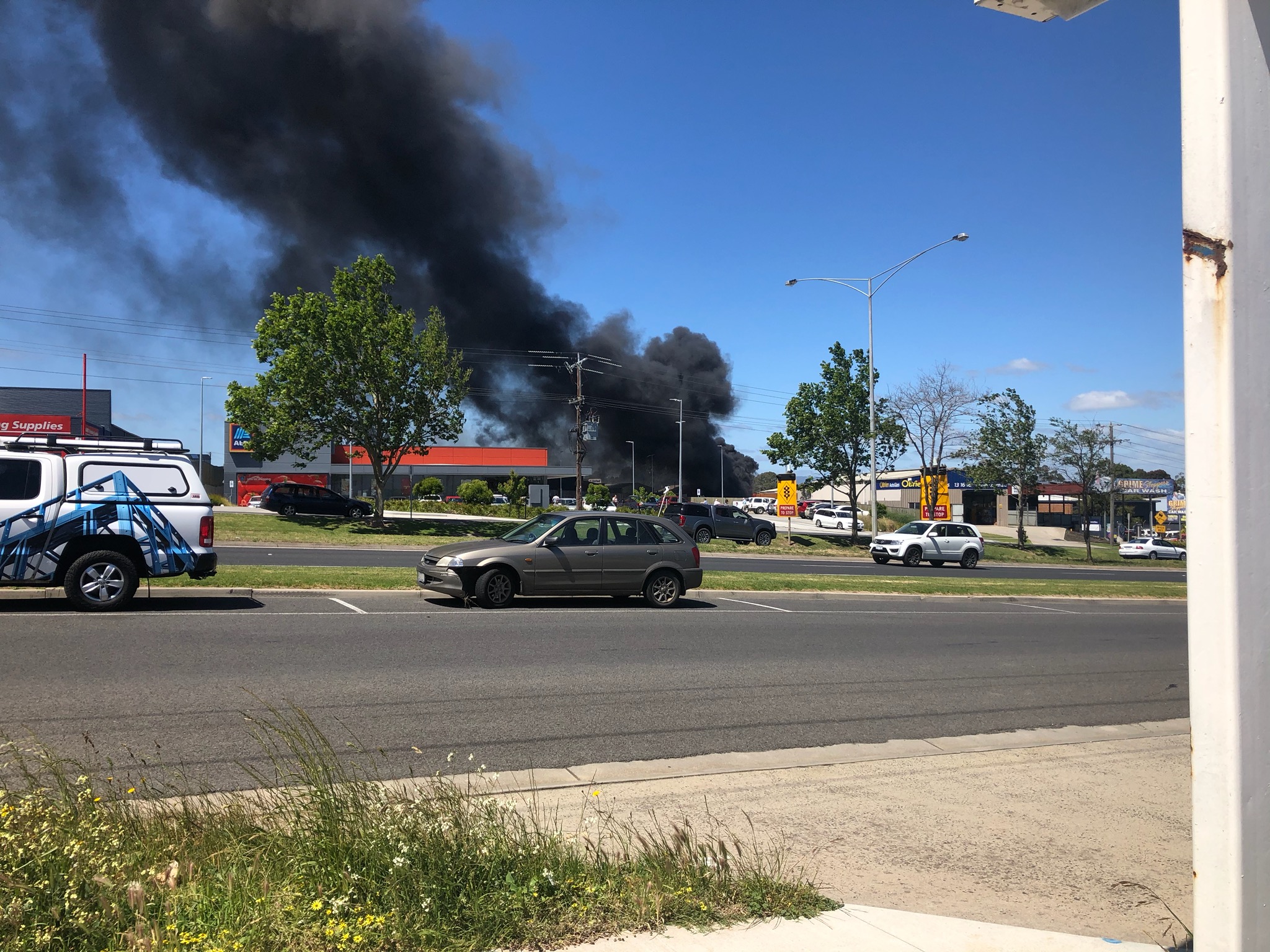 A section of the building was alight when eight units from local fire brigades and police attended the scene.

Black smoke blanketed the area and police told people along Head Street to evacuate as efforts to control the blaze continued.

Head Street was blocked off at Liddiard Road and the Princes Highway.

Crews on the scene worked for about an hour before the fire was marked under control shortly before 12:30pm.

CFA District 27 commander Steve Morgan said crews were called out to a junkyard fire at 11.18am which spread to two other factories.

Commander Morgan said the fire investigation team was working to determine the cause of the blaze.

Head Street was reopened to traffic at about 1pm.