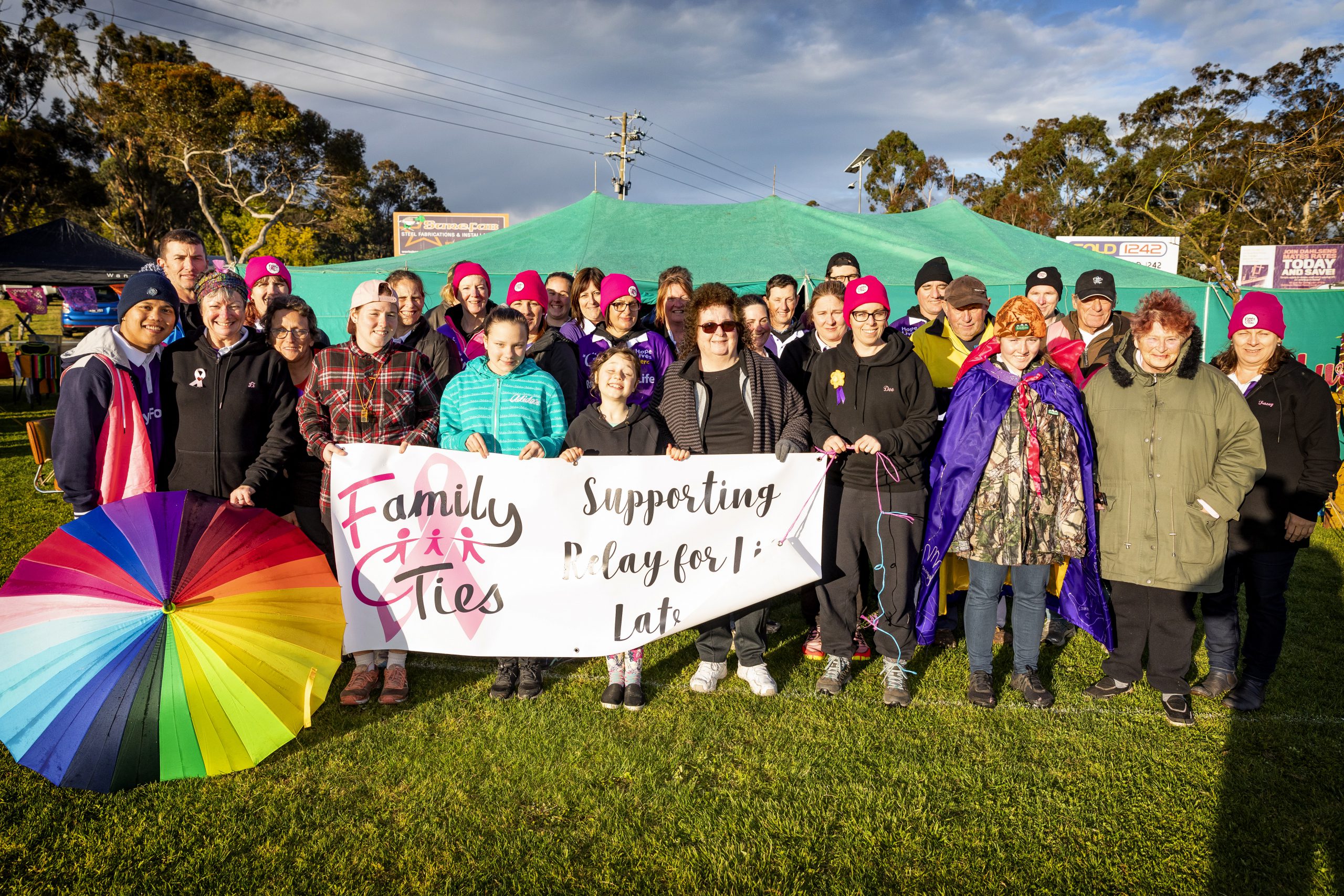 RELAY For Life is one of the top community-based fundraising events on the Latrobe Valley calendar.

Held annually, the event is a chance for people to recognise and celebrate those who have overcome cancer and are undergoing treatment, as well as the people who care for them.

It also provides an opportunity to celebrate the memory of loved ones lost to cancer.

This year’s event was held at Tyers in October, with more than 300 people and 23 teams taking part in the 18-hour long walk.

The team which finished as the highest fundraisers were Family Ties.

Sharing their name with the popular 1980s television show starring Michael J. Fox, the team made up of family and friends from the Moe and Newborough community, raised $16,059.

Spokesperson Deanna Jarvis said the team has blossomed since it was founded in 2017.

“Each year we have become stronger, bigger and raised more money. Over the three years we have raised more than $40,000,” she said.

“Fundraising is achieved by holding a number of events, including some movie days, barbecues, pie and donut drives, and Zumbathons.

“This could not be achieved without the help of all the businesses and people that donate, particularly Voyage Fitness in Moe.”

Ms Jarvis said Family Ties were awarded Latrobe’s best baton for the third year in succession and completed the trifecta of best baton, best hope sign and top fundraisers in 2019.

“When a team achieves more than $5000 in fundraising, they have a choice of research award their funds go towards,” she said.

“The past two years we have donated to breast cancer, this year we hope to donate our research award towards low survival cancers.

“We would love to thank everyone that has supported our team for such a worthy cause, it could not be done without everyone’s effort and support.”