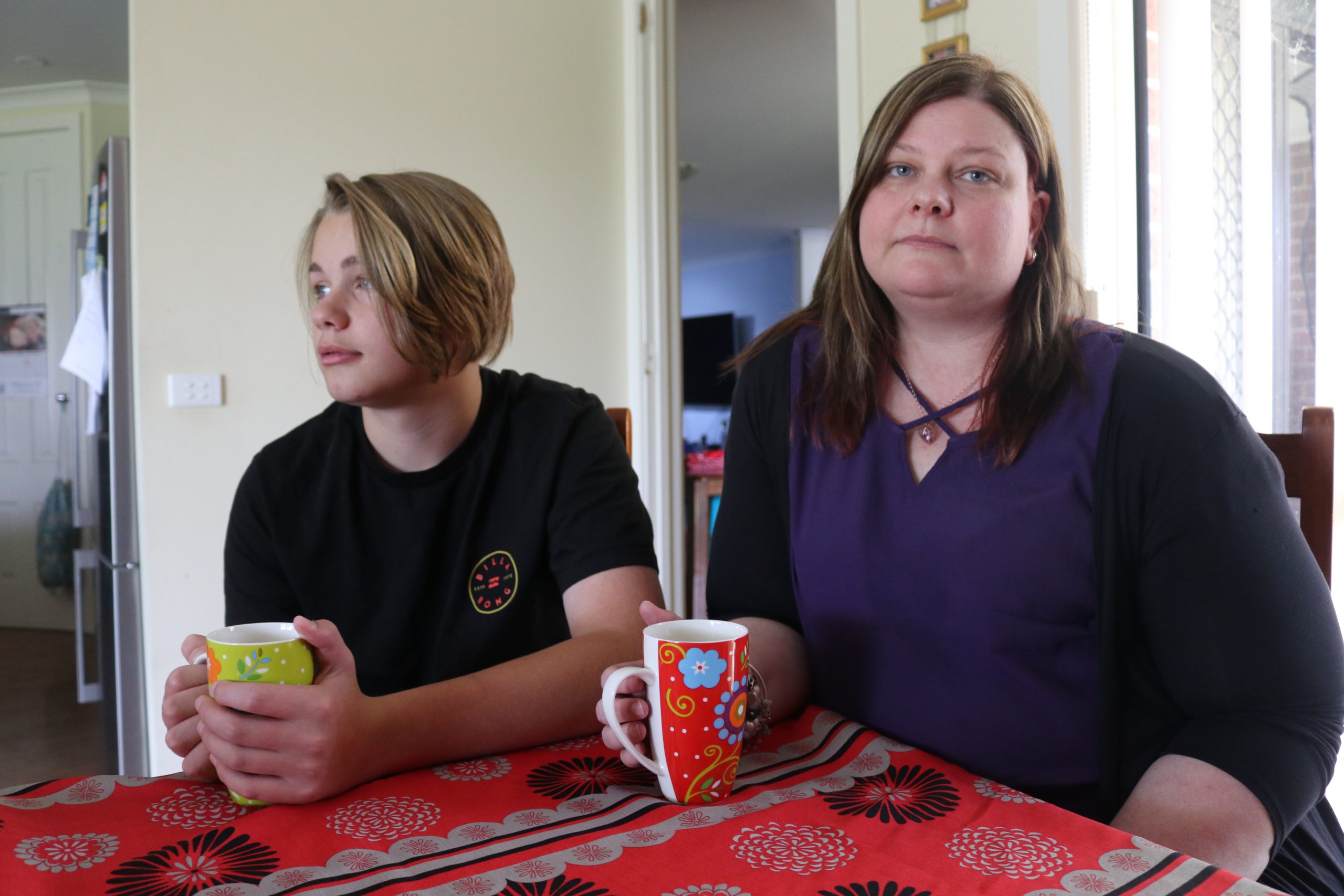 A Morwell mum is imploring drivers to think before they get behind the wheel this Australia Day long weekend as their actions can destroy lives.

Nicole Baker could never know she would almost lose her foot in a horrendous smash when she decided to leave work early in October 2015.

Ms Baker was driving along Old Melbourne Road when the driver of an on-coming vehicle lost control while overtaking and hit her almost head-on at 130 kilometres-an-hour.

The passenger in the other car was killed instantly.

“I remember seeing them veering off to the side of the road and I hovered my foot over the brake. I can still see their faces smiling at me. Like they thought it was a joke,” she said.

The mother-of-two blacked out on impact and woke up under the dashboard in pain, forcing herself to move slowly to assess how she was injured.

It was then she saw her foot hanging off the end of her leg with the bone sticking out. It took emergency crews two hours to cut her out of her car.

She was removed with a compound fracture, broken knee, damaged wrist, bruised heart and bruised ribs, and said she was pulling glass out of her body for months afterwards.

“Doctors initially didn’t think I could keep my foot due to the lack of blood flow to the bones in my foot. They thought I might not walk again. It took me three years to walk without aids,” she said.

“My ankle is fused to my leg and foot, so it doesn’t move at all. I had to have my left knee cleaned up. My hand has had a couple of wires in it. My left hand and foot don’t really work anymore.”

Ms Baker said police had told her the female driver of the other car would not be charged as the woman had a terminal illness and ended up dying months later.

“I had a lot of nightmares and I can still see their smiling faces when I close my eyes at night. It took me a year to get back in a car, and I still struggle being a passenger when close to other vehicles,” she said. “Don’t drink or take drugs and drive. If you’re not up to driving, don’t get behind the wheel. Don’t make bad choices because it affects other people’s lives. Don’t put others at risk.”

Ms Lyons said no amount of compensation would ever change Ms Baker’s injuries as she struggles with the activities she once enjoyed.

“One split second of inattention from another driver has had significant long-term consequences for Nicole. A lot of accidents could have been avoided,” Ms Lyons said.

“The grief and devastation people experience after a crash and the amount of pain following an accident is not worth that moment of looking at your phone or deciding to speed.”