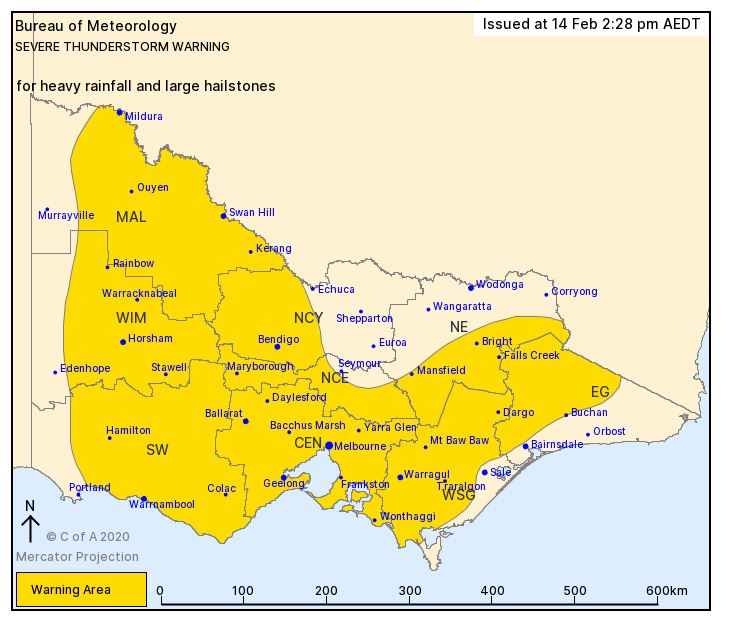 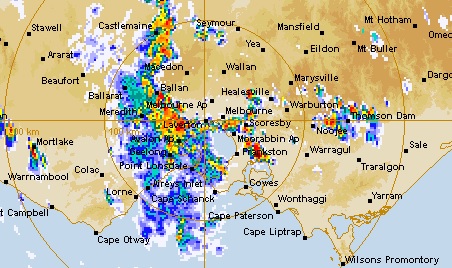 The Bureau of Meteorology has issued a severe thunderstorm warning for heavy rainfall and large hailstones across an area including the Latrobe Valley.

The BOM said severe thunderstorms are likely to produce heavy rainfall that may lead to flash flooding and large hailstones in the warning area over the next several hours.

Locations which may be affected include Mildura, Horsham, Warrnambool, Bendigo, Maryborough, Ballarat, Geelong, Melbourne and Traralgon.

The bureau said this weather event is due to a very humid and unstable airstream across the state with a slow moving low pressure trough in the west.

The next warning is due to be issued by 5.30pm.