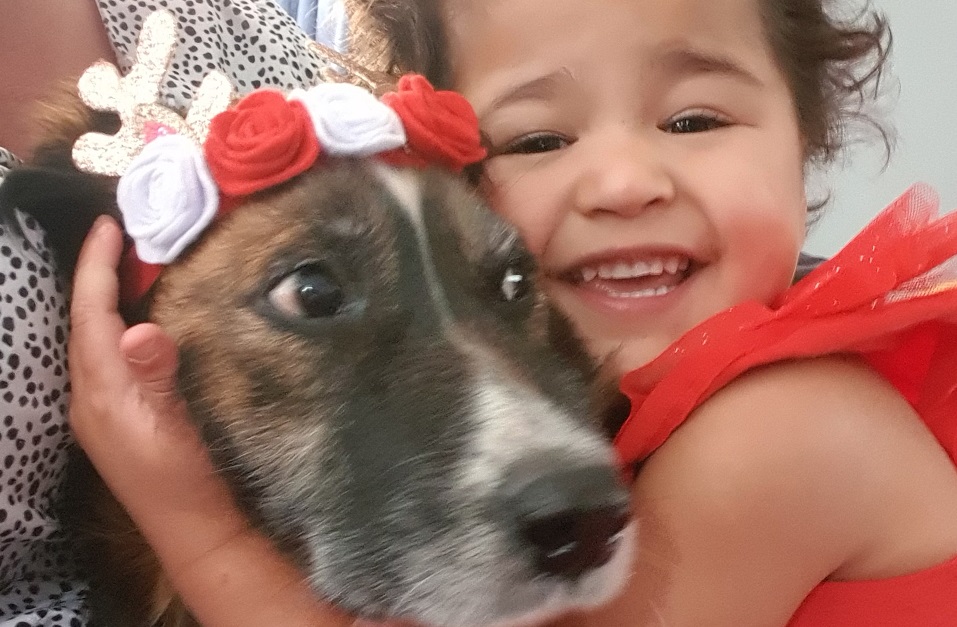 After a marathon expedition that left his family fraught with anxiety, McDuff is home.

The seven-year-old mixed breed went missing from his family home in Morwell on Friday, February 7 after he was spooked by heavy storms.

Hope was fading fast for the Barber family after torrential rain again lashed the region on Friday night, but a familiar sound came from the porch of the family’s Vincent Road home yesterday.

“My son got up and said ‘mum, I think there’s a dog at the door crying’,” owner Louise Barber said.

“He was wincing at the door, just sitting there crying.”

McDuff’s self-navigated trek home in treacherous conditions was mercurial, but just what the placid pup got up to in his nine days on the run remains a mystery.

“I thought I saw him down near the fire station in Morwell on the weekend and I got out and was yelling, but I thought I must have been seeing things,” Louise said.

“The Friday just gone someone said they saw him near Harvey Norman as well.”

McDuff, who is a calming presence for Louise’s two boys with ADHD and ODD, was lapping up the love of his two-legged brothers and sister upon his dramatic return.

“It was great, the kids were just so happy,” Louise said.

“I gave him a hug and then he went over to the boys and they were just hugging all night.”

The intrepid pup sustained some blistered paw pads during his leave of absence and is need of some hearty meals, but otherwise appears to be in good health.