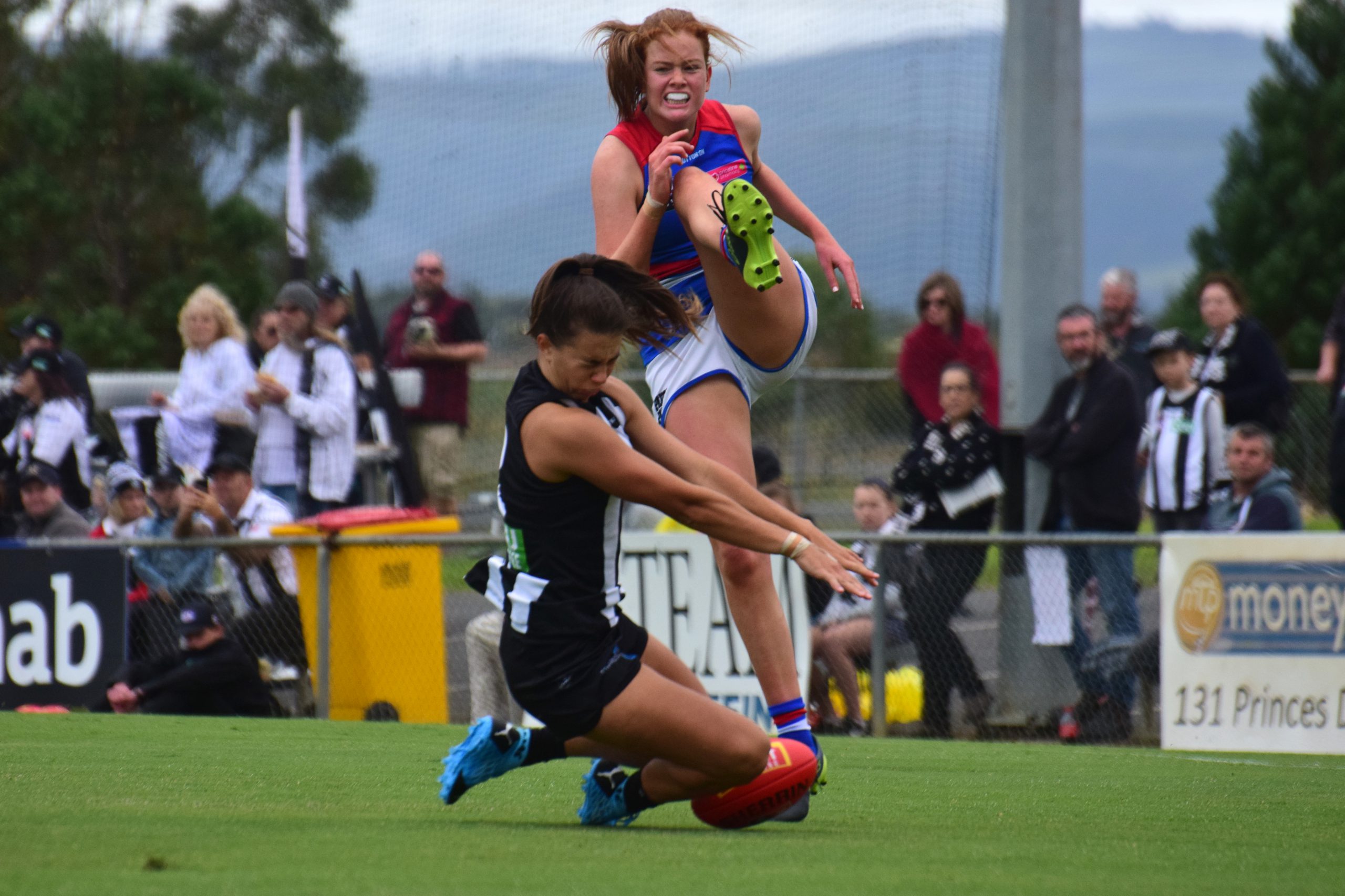 With the ball on a string during her side’s demolition of the Western Bulldogs yesterday, it’s hard to believe that just 12 months ago Chloe Molloy was coming to terms with the possibility she may never play football again.

After a debut season with Collingwood that resulted in her winning the 2018 AFLW Rising Star Award, the then 19-year-old was dealt a cruel blow when she sustained a season-ending foot injury during the VFL preliminary final.

Molloy, who had earned plaudits for her cool head and creativity across half-back, underwent surgery for the Lisfranc injury and was ruled out for the entire 2019 season.

Yesterday, as she lit up Morwell Recreation Reserve, the mercurial Molloy gave parents Deb and Sean plenty to cheer about.

“She was devastated when she injured herself. She went from the highest of highs to the lowest of lows sort of overnight,” Deb said.

“She didn’t even go to the Brownlow, which she was invited to, because they weren’t going to operate unless the swelling went down.

“Of course she had the big ticket because she’d just become the Rising Star, and she was like ‘I want to be ready to go, so I’m not going to the Brownlow’.

“She fractured her second, third and fourth metatarsal as well, so she had three or four plates and a dozen screws or something like that, but it was more the ligament was the thing that had to recover well.”

Months of gruelling rehab followed and so too did chatter about whether the prodigious talent would even return to the game she loved, but Molloy refused to subscribe to that way of thinking.

“Her thing was that ‘if it’s career-ending for my right, I can always kick with my left’, and that was her attitude the whole way,” Deb said.

“You just worry, and what will be will be, but I’m just really proud of her with the way she managed her rehab, the way she stayed focused and tapped into the things that she needed to do along the way.

“She got help, so there was a lot of support from Collingwood and some great people around her (and) really good friends.”

And through the other side came a 21-year-old who appears to be right at home in her new role up forward.

Molloy kicked two goals in the first quarter, the first of which came on the end of an explosive bounce and dash inside 50, in a starring performance for Collingwood yesterday.

She finished with three goals, 12 disposals and seven marks in a best-on-ground effort to help keep her side’s finals hopes alive, and – excitingly for Pies fans – Deb said the best is yet to come.

“I don’t think she’s really back yet, but she looks OK,” she told The Express.

“She looks fit … she just needs to get this season under her belt.”