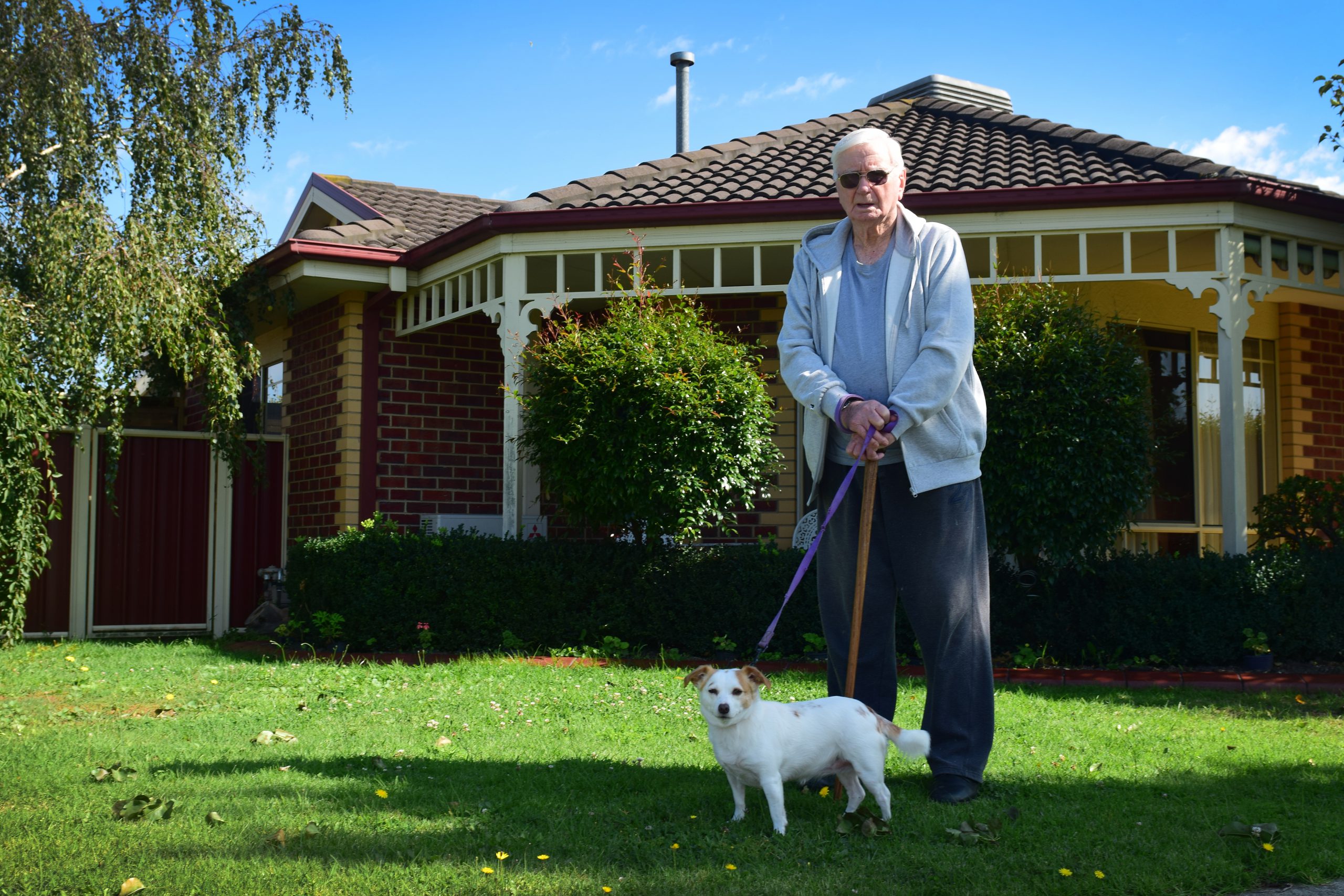 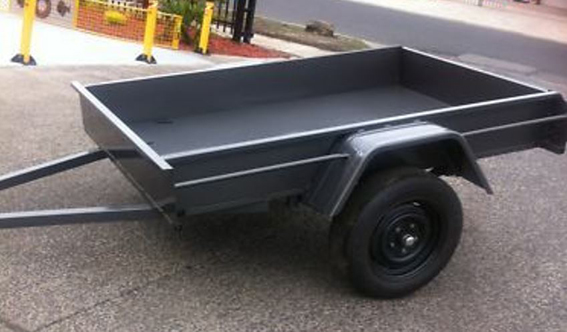 HEARTLESS thieves have dashed the dreams of an 89-year-old Traralgon pensioner after his trailer was stolen from out the front of his home late last month.

Beau Bennett (pictured) saved his pension to purchase the 6×4 box trailer that he planned to kit-out so he could go camping and fishing along the Gippsland Lakes with his little dog Sally.

Mr Bennett said his dream of returning to fishing after 18 years was “shot down in flames” when he woke up on February 22 to notice his trailer was gone.

He is now installing CCTV after he believed it was taken one night when he had left home to pick up his daughter from the train station.

The trailer was chained and padlocked to a tree in his front yard, reinforced with a cable, but he believed someone had used bolt cutters to break the padlock.

“They must’ve been casing the joint. I couldn’t believe it when I saw it gone, I thought what the hell has gone wrong,” Mr Bennett said.

“It’s like a kick in the belly, there’s no doubt about it. I had these dreams to get away after Easter, but that won’t be happening.”

Mr Bennett said the theft was compounded by the fact it was not covered by insurance, as the trailer was not attached to a tow vehicle.

He was hoping the project would give him some incentive to start tinkering after a bad bout of pneumonia put him in hospital for a week, where doctors also discovered he had a heart problem.

Mr Bennett aimed to install a set of drawers, a fridge and awning in the trailer, and run it off a generator.

“I wanted to pull-up out of the road from everyone and do a bit of painting and while the time away. I hoped to meet a friend from Jindabyne who is also a mad fisherman,” he said.

“You have these plans in your head but it’s all blown away.”

Mr Bennett’s daughter Julie-Anne implored people to keep a look out for anyone who had suddenly acquired trailer.

She said people may have stolen it to carry out further thefts.

“These people are the lowest-of-the-low, the scum of the earth. If only people knew the pain they had caused him,” Julie-Anne said.

“My father lives by himself and values his independence. I’m devastated for him. I know how much this meant to him, I know he hasn’t been sleeping, worrying about it.”

If anyone had any information about the missing trailer, they should call Crimestoppers on 1800 333 000.