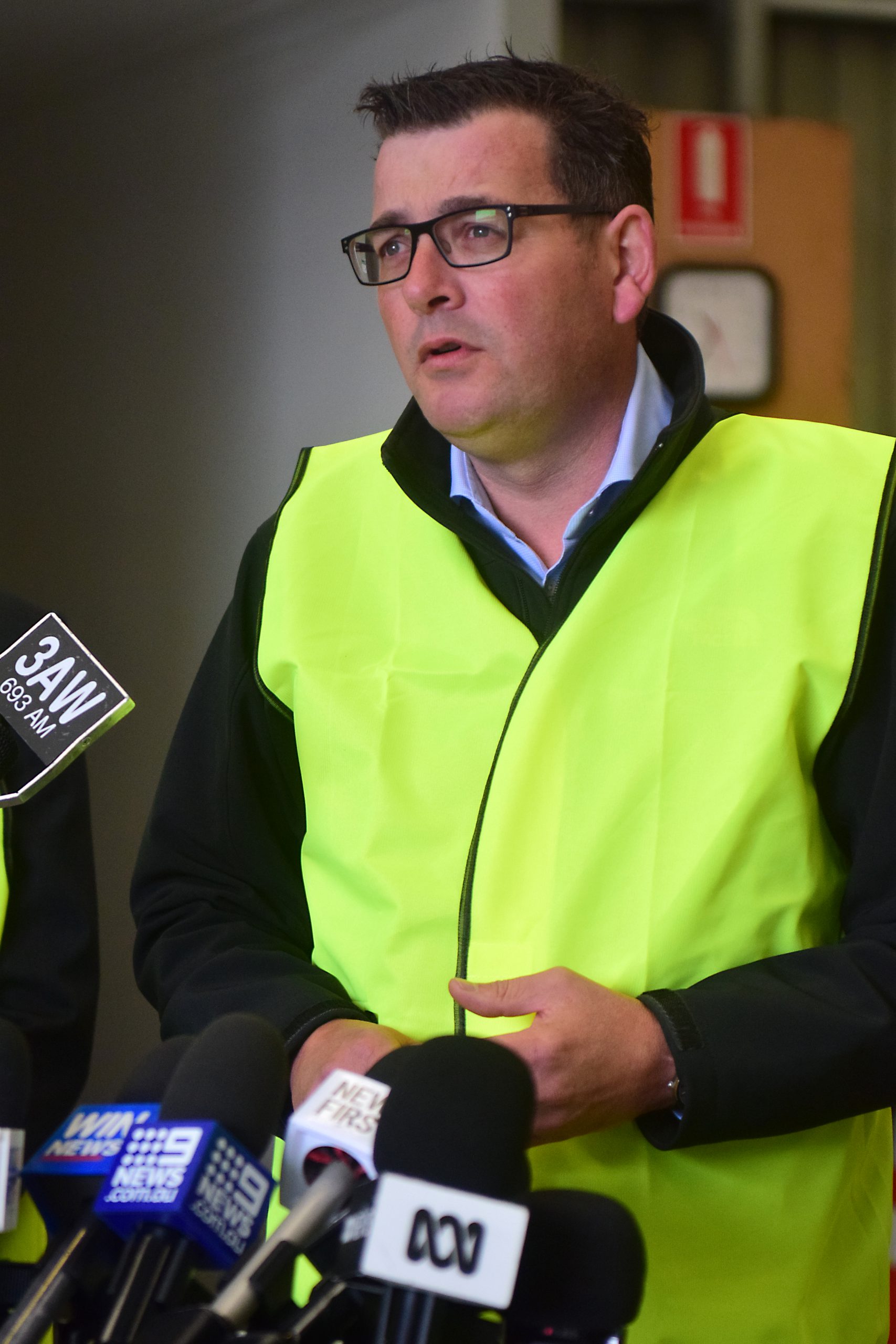 A State of Emergency has been declared in Victoria to combat COVID-19 and help to provide the Chief Health Officer with the powers he needs to enforce 14-day isolation requirements for all travellers entering Australia and cancel mass gatherings of more than 500 people, as agreed by National Cabinet yesterday.

Premier Daniel Andrews and Minister for Health Jenny Mikakos announced that the State of Emergency would begin today at noon and be in force for the next four weeks to assist with measures designed to ‘flatten the curve’ of COVID-19 and give our health system the best chance of managing the virus.

“We are taking these steps, after agreement from the national cabinet that includes the Prime Minister and all Premiers and Chief Ministers, to contain the spread of coronavirus as much as we can,” Mr Andrews said.

“Make no mistake, the next few weeks and months will be tough for everyone, but we’re doing what is necessary to protect Victorians.”

Under a State of Emergency, authorised officers, at the direction of the chief health officer, can act to eliminate or reduce a serious risk to public health by detaining people, restricting movement, preventing entry to premises, or providing any other direction an AO considers reasonable to protect public health.

The first direction from the chief health officer under these new powers will include banning non-essential mass gatherings of more than 500 people such as cultural events, sporting events or conferences.

A number of our state’s largest cultural institutions including the National Gallery of Victoria, the State Library and Museums Victoria have also announced temporary closures, and events such as the Melbourne Comedy Festival and Melbourne Food and Wine Festival have already been postponed.

Gatherings that are deemed essential and may continue include public transport, food markets and workplaces.

Schools, TAFEs and universities will remain open for now, but have been asked to restrict mass gatherings such as assemblies and lectures of more than 500 people.

At this stage spaces or locations where 500 or more people may be in transit, such as Federation Square or Bourke Street Mall, are excluded from the ban on mass gatherings.

However, if it is deemed necessary to protect public health, the powers can also be used in future to quarantine entire suburbs, businesses or professions – rather than just individuals.

The powers also allow the chief health officer to do whatever is necessary to contain the spread of the virus and reduce the risk to the health of Victorians.

While most Victorians are voluntarily complying with requests to isolate, the expanded powers mean that people who don’t comply with a directive could receive a fine of up to $20,000.

“This is the biggest public health challenge we’ve faced in our lifetimes – that’s why it’s so important that we have the right tools at our disposal to minimise the impact of this virus,” Health Minister Jenny Mikakos said.

“Expanding the powers of the chief health officer will allow us to better protect public health and give our hospitals, GPs and other industries the best fighting chance we can.”

Anyone needing advice about whether a mass gathering can proceed can contact the DHHS advice line on 1800 675 398.