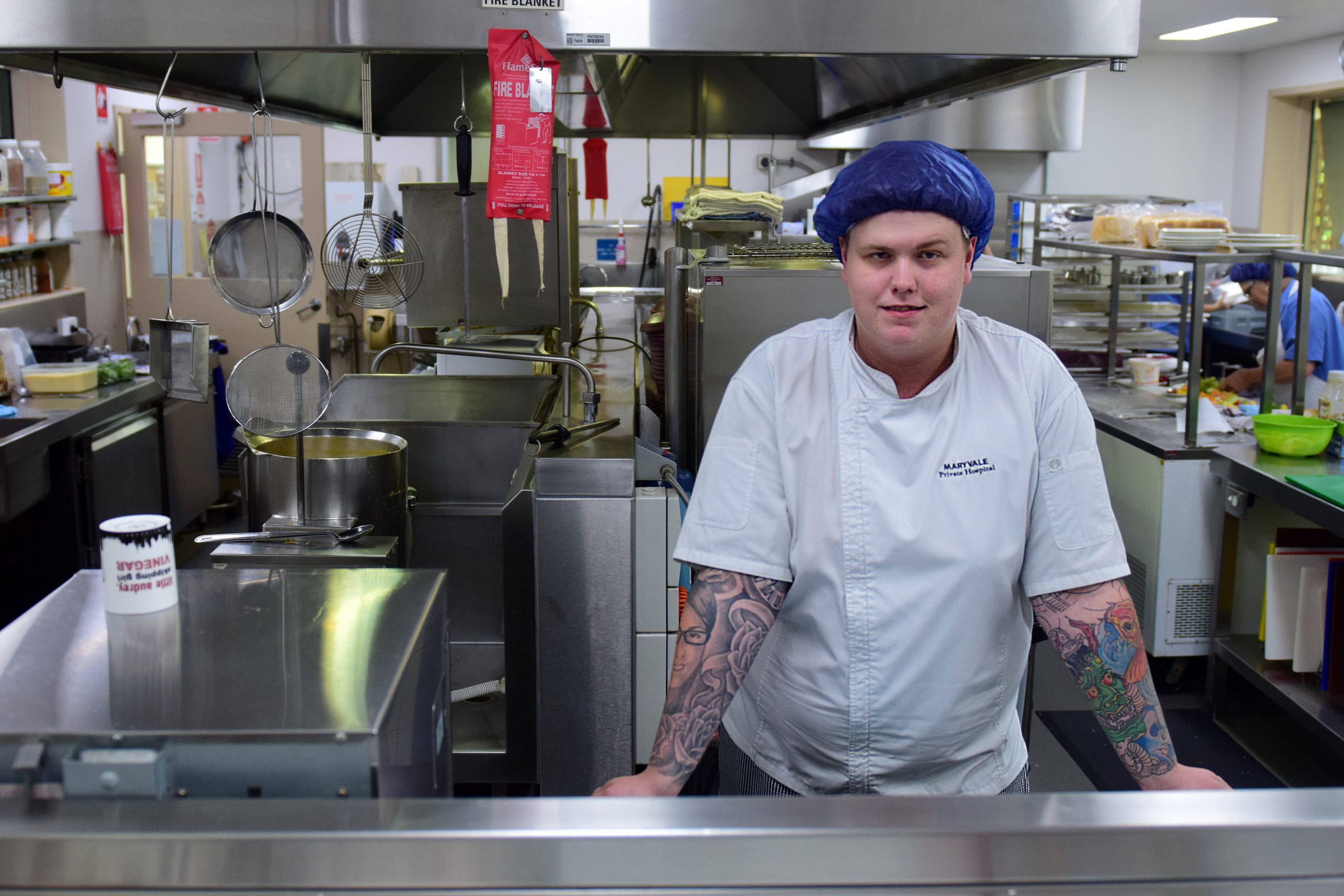 Maryvale Private Hospital apprentice chef Benjamin Berry was a finalist in the national competition, Proud to be a Chef.

The Churchill resident was one of 32 apprentice chefs around the country chosen for an all-expense-paid trip to Tasmania and Melbourne for tours and masterclasses.

Mr Berry said he heard about the competition at a seminar through his trade school in Melbourne.

“Then you create a recipe, Emily (Connell) and I came up with a cumin-crusted lamb backstrap on top of celeriac puree with dutch carrots and little peas.”

Earlier this month, Mr Berry flew to Tasmania and he said it was a great experience.

“We went to a dairy farm and had a look at how milk was produced and went to a winery which was great,” he said.

“Then we came back to Melbourne and did some masterclasses, it was not just a competition it was more of a program.”

Mr Berry has been an apprentice at Maryvale Private Hospital for the past nine months and is currently in the second year of his apprenticeship.

He said he started cooking in cafes that his mother owned at a young age.

“Its fantastic to watch him achieve this, it’s a great process for him was able to learn so much in four days,” she said.

“Ben does everything, he cooks desserts he can do meat and grills, he is great we couldn’t ask for a better apprentice, we feel very lucky.”