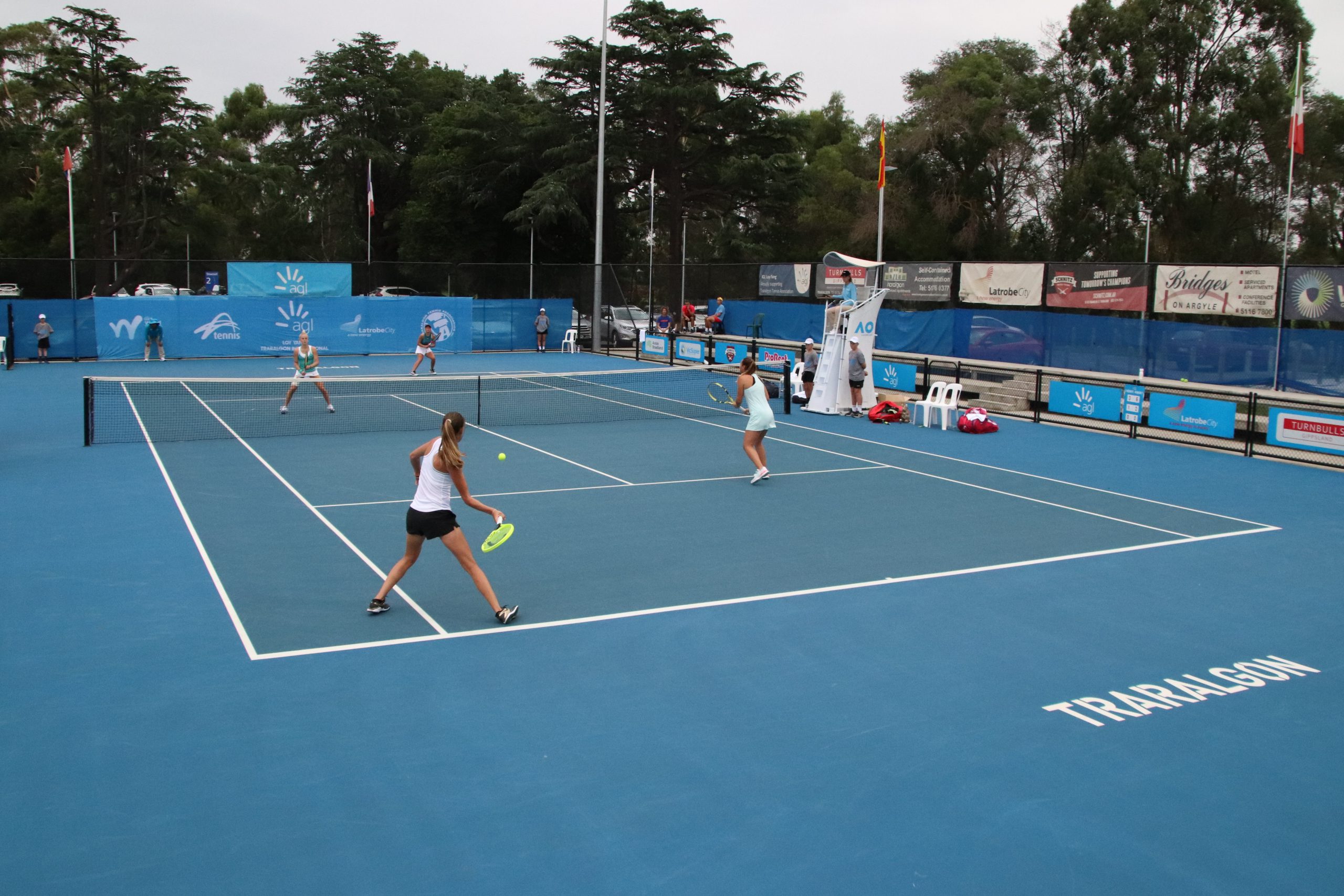 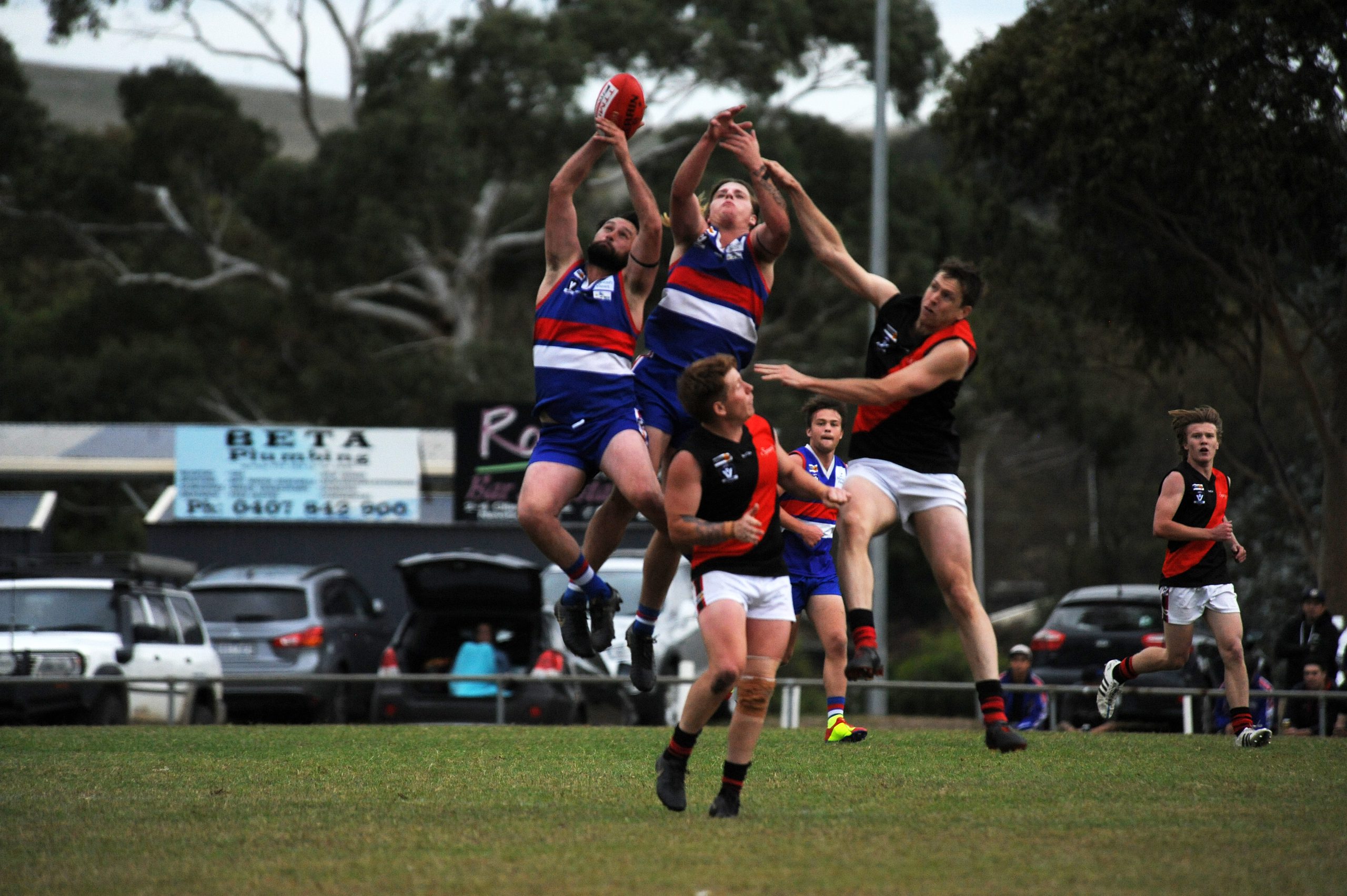 Local tennis clubs were yesterday advised all Tennis Australia and Tennis Victoria-operated events, competitions and tournaments would be postponed until further notice.

But small club-based programs such as Cardio Tennis, Hot Shots and Open Court Sessions can be run at the discretion of the individual club.

“It is possible for other types of tennis activity to continue, such as people walking down to their local tennis club to have a hit and coaching where both the coach and player are happy to participate,” a Tennis Victoria spokesperson said.

“We all know tennis is a unique sport with many benefits – the main one being health and wellbeing.

“The very nature of our game ensures there is a vital role our sport can continue to play for the benefit of the community as we endure the COVID-19 pandemic.”

Interclub social and night tennis and coaching are proceeding as planned at the Traralgon Tennis Asssociation, but with modifications in place to ensure minimal contact.

“We’re monitoring it all the time but this is probably one of the only sports that is open, people can come and have a game, wash their hands and they are always at either end of the court,” TTA manager Susie Grumley said.

“We’ve brought in modifications, so there’s no shaking hands or high-fives, everyone must bring their own drink bottle and abide by the hygiene guidelines.

“But it is important we try and keep the gates open as long as we can, so it’s giving the community a chance, even if they’re not players, to have a game, keep healthy and have something to do.”

The local baseball season has also been put on ice, with competition halted for at least 21 days.

And with that, the 2020 Gippsland Championships scheduled for the first weekend of April – which usually attracts several clubs from Melbourne – has been cancelled.

“The pre-season tournament has been cancelled. We normally get seven (or) eight teams, this year anywhere between 10 to 12, but due to Baseball Victoria saying no and postponing, it wasn’t feasible for us,” Gillett said.

“(We’re in) constant contact with Baseball Vic via conference call, along all the other associations in the state because they’re all currently going through the same thing.

“Our clubs are OK with the response, but when something you like gets taken away from you it’s upsetting.”

AFL Victoria on Tuesday announced all community football would be postponed until at least May, throwing into disarray the region’s three senior football competitions.

“We (had) a league meeting (last night) to discuss options to see what we can salvage and realign the season,” Kyle said.

“Like all surrounding leagues, the MGFNL is currently considering the best options going forward,” Popplestone said.

“The problem the league foresees is that we can’t push the season further back because it will infringe on cricket season which utilises the same ovals.

“So the likelihood is that the season will be shortened. We are currently awaiting feedback from clubs as to the best way for the league to go forward.”

Taking to Facebook, the Yinnar FNC maintained it was “determined to be part of the whole of community response to slow the COVID-19 virus down and, in doing so, help the broader community and our health systems to cope”.

The region’s premier competition – the Gippsland Football Netball League – said in a statement adjustments to the 2020 fixture would be reviewed in April.

“This decision is due to be reviewed after Easter as new information comes to hand on the current state of conditions with the earliest possible date for the season to begin being Saturday, May 2,” it said.

“The league will be following any advice from AFL Gippsland on recommendations regarding COVID-19 for the safety of all our players, members and supporters moving forward and will be enforcing any restrictions passed on from the governing bodies of the sport.”

“Unfortunately it means our games could be … played behind closed doors or even cancelled, depending on the decisions by key stakeholders including the governing bodies in the coming days or weeks,” Gelagotis said.

“The dates of (football being back) in May give us some hope that the season could still go ahead, but we are realistic that it could change at any moment,” Foley said.

“What will hurt of a lot of clubs is finance – it will be a big thing.

“We have bingo that is a contributor for us and if that doesn’t continue and the social club and Friday raffles … if we can’t get that open again it makes it hard to get a quid as well.”

Several major swimming meets have been canned, including the upcoming Australian Age and Open Championships, Country and Metro Championships and the Country Inter District Championships.

Traralgon Swimming Club head coach Brian Ford said while all sports were impacted by the restrictions, it was “still deflating” for members.

“The impact on all the sports is that training is for a goal and a competition in the future, and in this type of situation (we) are still training with no goal and they cannot train as a group,” Ford said.

“The kids needs to have other things than school, whether it be art or any other sport.

“The kids have qualified for this meet (Australian Championships) months ago and people have booked months ago to go over there (to Perth), and to have it cancelled leaves people deflated.

“We are going to have to suffer a bit. Who knows where this is going, I have never experienced anything like this.

The Latrobe Valley Soccer League voted on Wednesday night to suspend all sanctioned competitions, matches and trials until April.

“Kids will be disappointed because they want to play and they haven’t had a game yet,” Baldacchino said.

“We’re hoping the season will begin again and we’ll be able to complete the season without problems or any issues.”

Tyers Soccer Club president Jenny Svoboda was disheartened given the club managed to get a women’s side off the ground.

“The focus this year was getting the women’s up and running for the first time in a couple of years,” Svoboda said.

played last weekend, (it was) really exciting, bit of a teaser but unfortunately situations change.

“We’ll just go with what happens and hope we’ll have some sort of a season put in place at some point, some sort of play, get out there and have a kick, getting everyone together … that’s what it’s all about.”

Moe United president Reg Poxon said the decision to postpone the season, while a hard pill to swallow, was the right one.

“The most important thing is the health of the members, players and officials. The last thing we want is someone to fall ill from us training or playing in this situation,” Poxon said.

“I think the hard part for our league and our board and governing body is how we then work out what to do next.