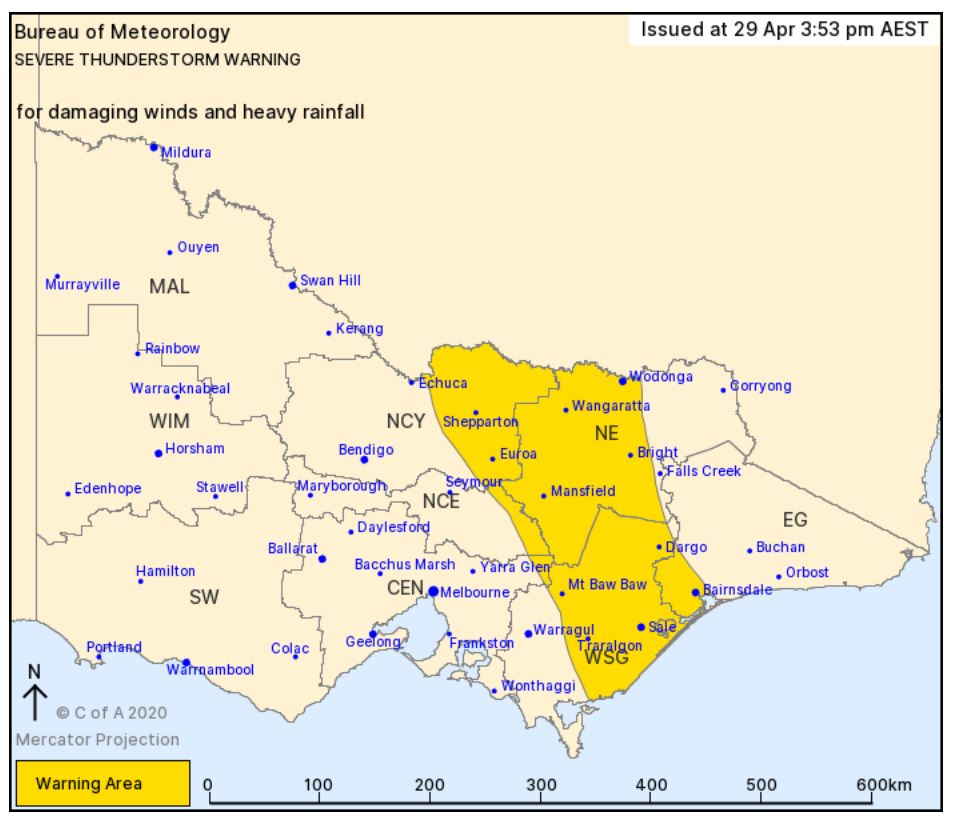 The Bureau of Meteorology has issued a severe thunderstorm warning for damaging winds and heavy rainfall across an area including the Latrobe Valley.

Released at 3.53pm today, the warning is for people in North East, West and South Gippsland and parts of East Gippsland, Northern Country and North Central Forecast Districts.

The BOM said severe thunderstorms are likely to produce damaging winds and heavy rainfall that may lead to flash flooding in the warning area over the next several hours.

Locations which may be affected include Traralgon as a major centres such as Shepparton, Wodonga, Wangaratta, Sale and Bairnsdale.

A moist and unstable air mass has extended across much of the state today.

* Be aware that trees that have been damaged by heat or fire may be unstable and more likely to fall when it is windy or wet.