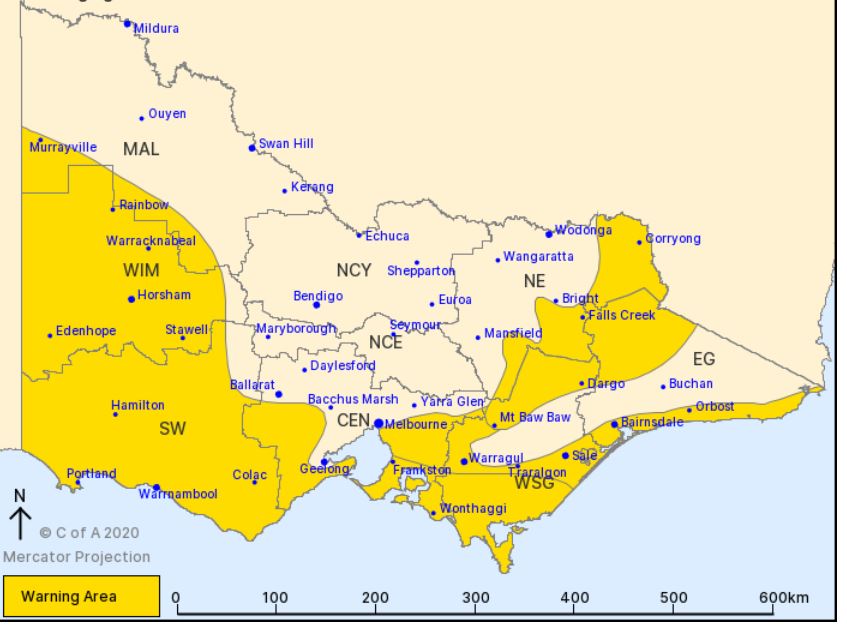 A FLOOD Watch was issued for the Latrobe River and Traralgon Creek catchments at 1.09pm on Friday.

The Bureau of Meteorology says minor flooding may develop across catchments in the flood watch area from late Friday.

Rainfall totals of between 20-50mm are expected for the remainder of Friday.

The BOM says river rises are occurring in some catchments in response to recent rainfall.

Minor flooding is possible from late Friday with forecast rainfall.

The BOM is continuing to monitor the situation and will issue catchment specific warnings as required.

This Flood Watch means that people living or working along rivers and streams must monitor the latest weather forecasts and warnings and be ready to move to higher ground should flooding develop.

It comes as the Latrobe Valley featured among the areas to be included by the BOM in a severe weather warning for damaging winds.

A complex multi-centred low pressure system will deepen near Tasmania during Friday, directing a vigorous westerly airflow across Victoria. The low will move away to the southeast later on Saturday.

Damaging winds, averaging 60 to 70 km/h with peak gusts in excess of 90 km/h, are expected about the southwest coastal fringe and the Alpine peaks, extending further inland to the Wimmera and West South Gippsland late Friday morning and into the early afternoon, and eastern Melbourne suburbs overnight.

Winds gusts along the South Gippsland coast are likely to peak around 120 km/h between midnight Friday and 9am Saturday.

The highest wind gusts recorded on Friday have been:

* Be aware that trees that have been damaged by heat or fire may be unstable and more likely to fall when it is windy or wet.