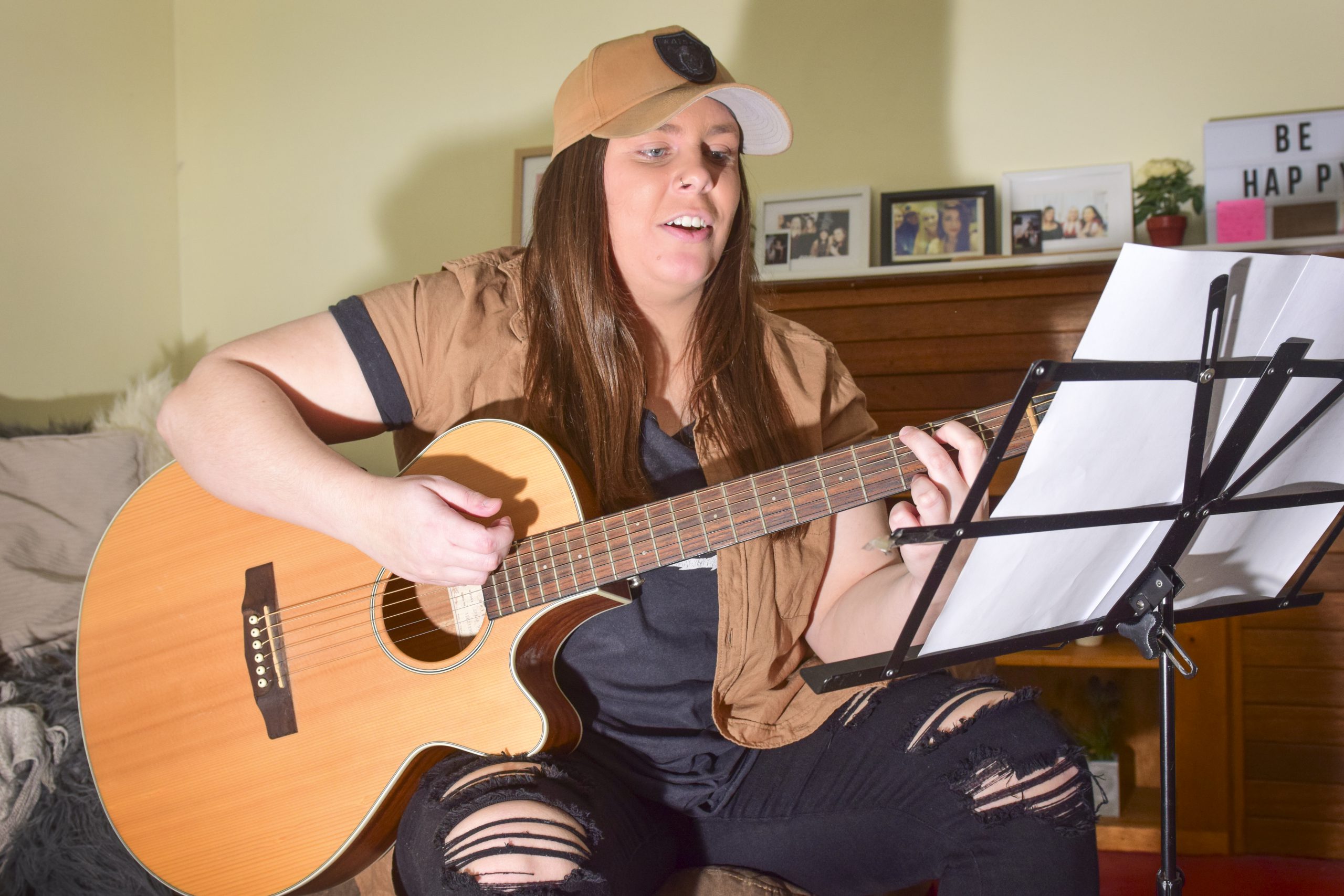 A new Latrobe City initiative is encouraging local artists to showcase their talents to the world.

The initiative titled Tunes and Takeout consists of a 30 minute live performance broadcasted on the Visit Latrobe City Facebook page.

It has grown in popularity with performers and music fans with live acts put on hold due to the coronavirus pandemic.

Traralgon musician Eleisha Foulkes was among those who jumped on board after the Latrobe City events team contacted her.

“A friend works in the events team at Latrobe City, she approached me through my music page on Facebook and asked if I would play live on a Friday night via Facebook Live,” Ms Foulkes said.

“I was up for that and gave it a go, it was my first live stream but it was good.”

Ms Foulkes, 23, has an extensive background in music and said she enjoyed the opportunity to try something new.

“It’s giving the community some entertainment while they’re staying at home. I think playing live on Facebook is a great platform to practice and gain confidence in performing.

“I wasn’t nervous but not physically seeing an audience felt very different.”

Ms Foulkes said the response had exceeded her expectations.

“I couldn’t really focus on how many people were watching while I was performing because my phone was so far away filming, but it is up to 1100 views at the moment. It was like having my own jam sesh, but remembering there was an audience online between songs,” she said.

Ms Foulkes hopes that this will lead to something more.

“This is what I’ve always wanted, I haven’t focused on music much lately compared to what I used to but that’s still the dream,” she said.

“Music has always been the dream. I would like to perform more regularly, locally and online.”