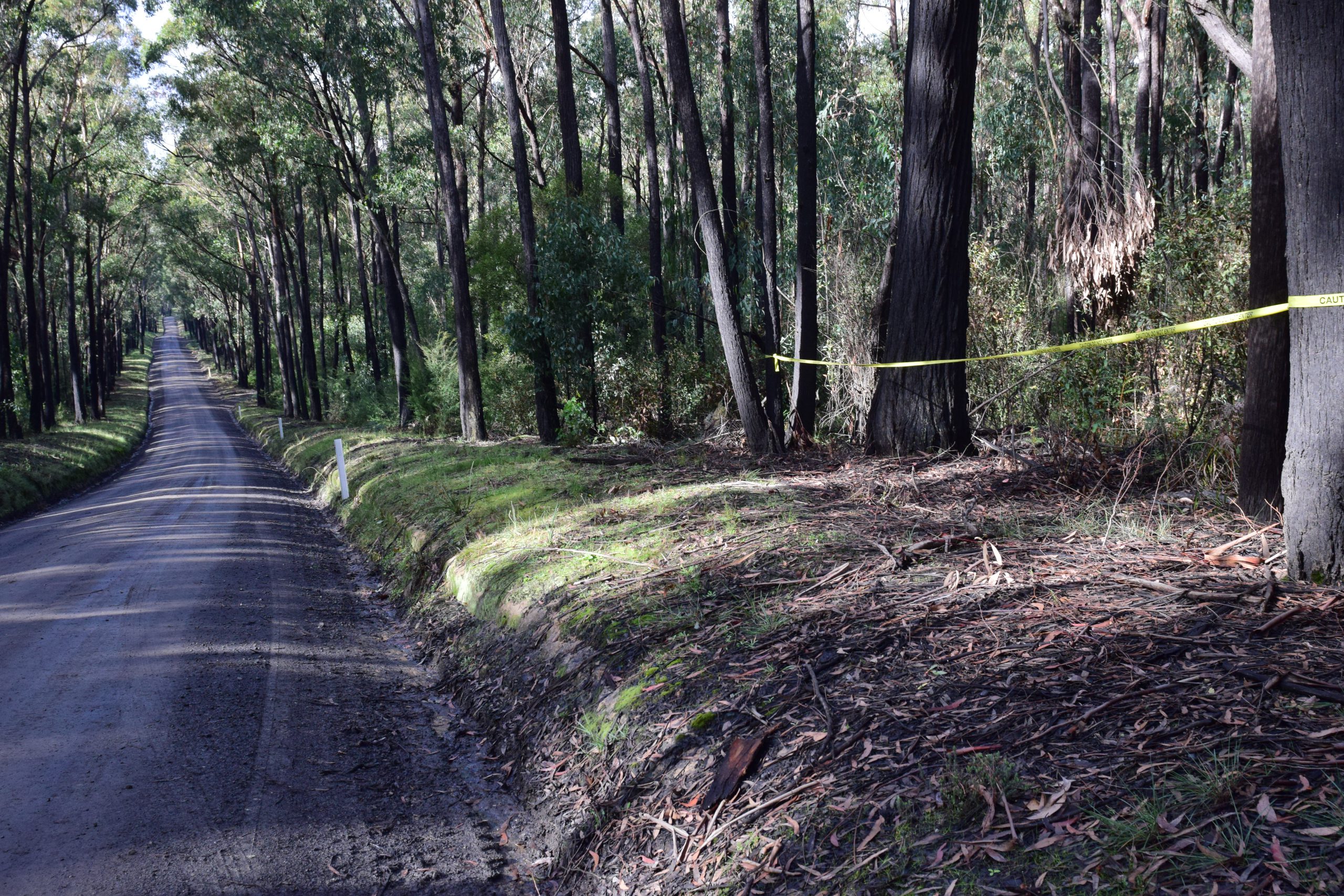 The search for missing Newborough man Jarrad Lovison came to a heartbreaking end after the 37-year-old’s body was found in the Moondarra State Park on Saturday.

Detectives from the Missing Persons Squad made the grisly discovery after combing an area of scrubland about 27km north of Moe.

Police said Mr Lovison has been formally identified and his family notified.

He was found in a clearing of forest, just 10 metres to the side of Tanjil Bren Road, about 1.5km off Moe-Walhalla Road.

The area was largely clear of vegetation and trees, with no observable disturbance to the ground.

A pair of disposable blue forensic tweezers were located at the scene, which was also partially burnt out in patches.

It brings to a head a harrowing 38 days for family and friends of Mr Lovison, who was last seen on the night of April 15 after visiting a friend.

But Mr Lovison’s best friend Adam Reddiex said loved ones were now faced with more questions as to just how his “true mate” met his end.

“The who, how and why – that’s what we need to know now, and that’s going to play on our minds for a bit,” Mr Reddiex told Channel 7.

“He was a gentle bloke, he had time for everyone; he was just a people person.

“Everyone looked up to him… they had no choice, he was so tall.”

Mr Reddiex led a chorus of social media tributes for Mr Lovison yesterday, who was described by friends as “genuine as they come”.

“Every memory of you is better than the last, no b******t, just good times … and best of all, we got to share the best part of our lives together!,” he wrote.

“It’s hard knowing that those days are now past but I’ll always speak highly of you and of your values as a true mate, you were as genuine as they come … you’ll live on in my heart and my memories until the day I see you again.

“I have so much love and respect for you and I’m proud to be able to call you my brother!!!! Love you mate RIP.”

Kat Metcalf-Holt shared a photo of herself with Mr Lovison.

“Our world has been turned upside (down), forever in (our) hearts, love you always,” she wrote.

On May 6, three weeks after his disappearance, police confirmed Mr Lovison’s phone and banking records, were evidence of “highly unusual” activity and had not been accessed since the early hours of April 16.

Detectives declared they had “very, very serious” concerns for his welfare, considering he was “a creature of habit” and in daily contact with loved ones.

Mr Lovison also left behind his dog, a black Labrador named Slade, prompting family and friends to raise concerns of his whereabouts.

Detectives are appealing for anyone who saw Mr Lovison in the lead up to his disappearance or has information in relation to his death, to come forward.

On the day of his disappearance, Mr Lovison was captured on CCTV footage visiting Woolworths and Kmart in Moe, and was seen at about 9.45pm riding his green mountain bike on March Street, Newborough.

The bike is yet to be recovered.

Detectives are appealing for anyone who saw Mr Lovison in the lead up to his disappearance or has information in relation to his death, to come forward.

He was known to ride his bike around Newborough and often wore a small lighter coloured crossbody bag with his belongings inside.

Anyone with any information is urged to contact Crime Stoppers on 1800 333 000 or visit www.crimestoppersvic.com.au