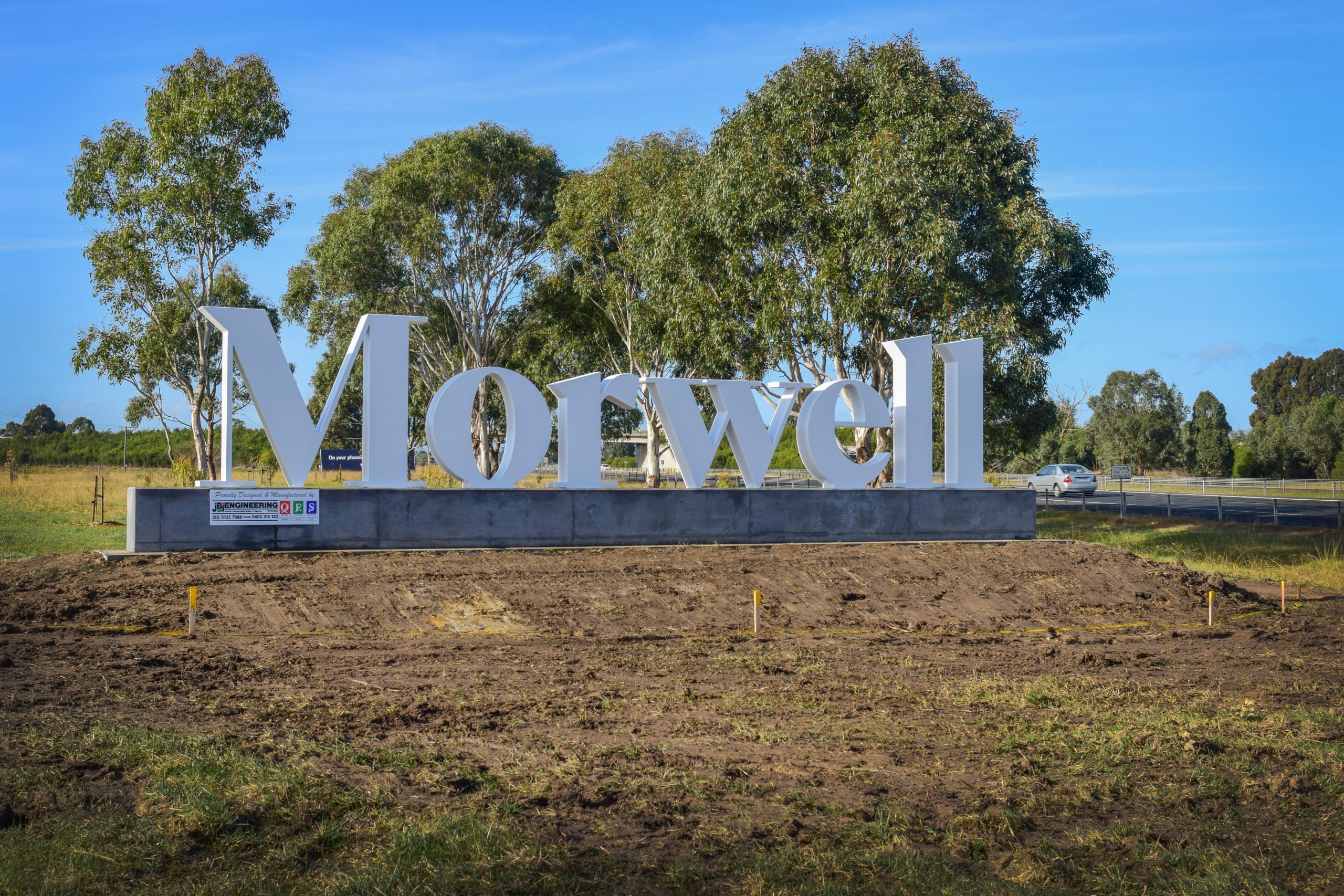 Forget Hollywood, Morwell can claim to having a ripping new sign.

The bold, white sign featuring the letters of the Latrobe Valley town are located near the Morwell/Leongatha exit of the Princes Highway.

In addition to the sign, a swathe of plantings and feature garden beds on Commercial Road are part of the project.

Combined, these attractions will guide visitors through to the Morwell Centenary Rose Garden and into the CBD.

Latrobe City councillor Graeme Middlemiss said the Morwell sign was part of a rebranding project for the town following the aftermath of the Hazelwood mine fire.

“It is an attempt to lift the town out of an undeserved reputation and make it more attractive for people to live, visit and shop,” he said.

“Each of the rose beds represents a 20 to 30 year time period in the story of Morwell.”

The assembly of the Morwell sign did have a couple of glitches, which Cr Middlemiss touched upon.

“This is a great story, we chose a font typeface that is different from the other signage in the project and the way the letter ‘l’ was represented was straight vertical with a tiny edge at the top and the footings were exactly the same,” Cr Middlemiss said.

“The construction workers put them in and they were facing the wrong way, it was a small oversight, we just pulled them out and turned them around.

“We did also have minor metal problem with the letter ‘w’, but that is all fixed now, I thought it was a hoot. “

Cr Middlemiss said the works would not feel complete until the whole project is finished.