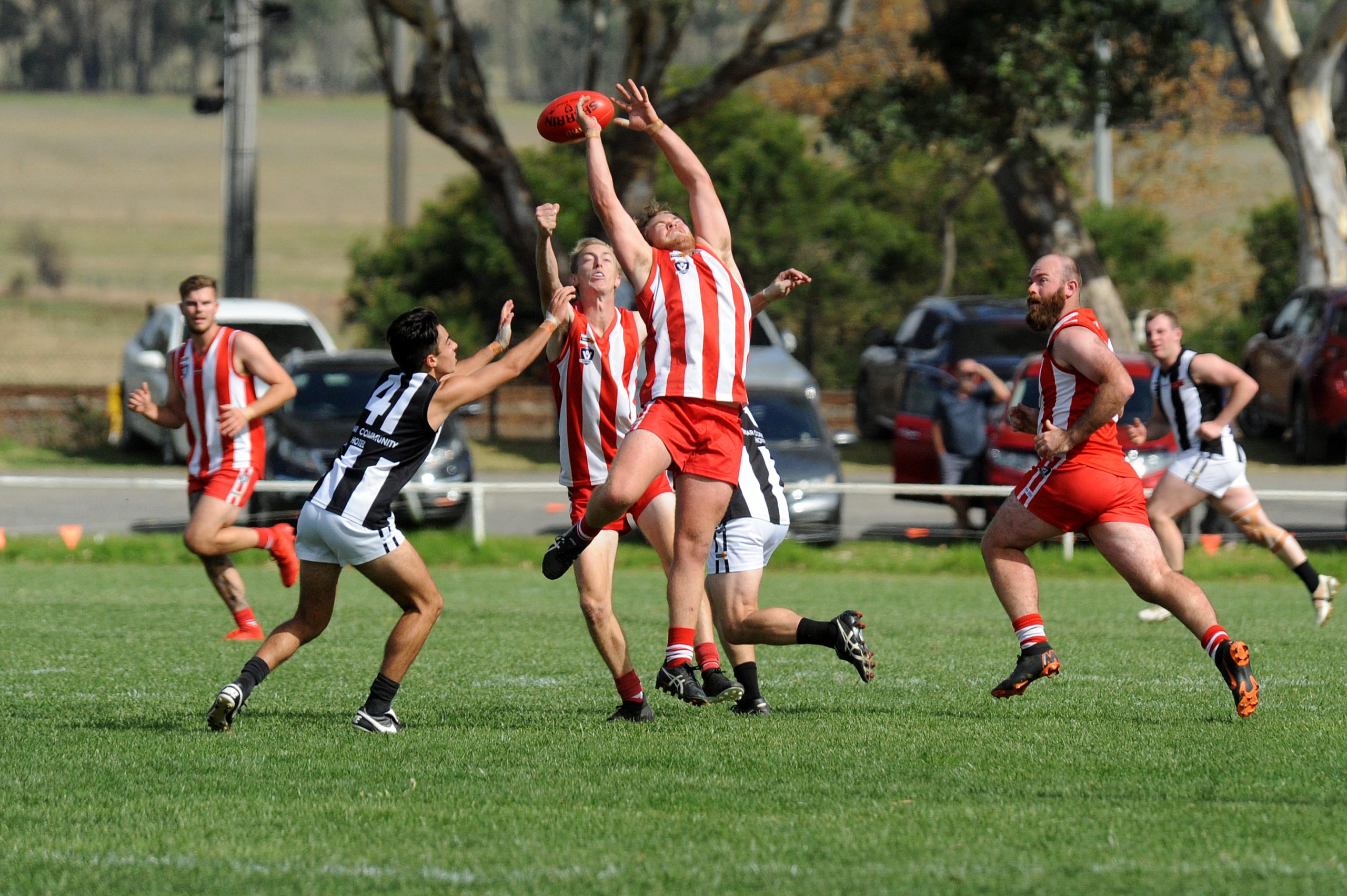 The Trafalgar Bloods have sensationally signalled their intent to breakaway from the Mid Gippsland Football Netball League.

In a letter to players and members penned by president Paul Marslen, the club laid out its reasons for wanting to join the neighbouring Ellinbank District football league and netball association.

Among them, a lingering sense of “significant uncertainty” with regard to the state of play under a touted potential full or partial merger of the Mid Gippsland and Alberton leagues.

“Since late 2017, football in the Mid Gippsland and Alberton football netball leagues has been under significant uncertainty about their composition and of how their respective leagues will be structured going forward,” the letter reads.

“The committees of the TFNC during this time believe that this uncertainty has had profound negative effect on the junior football competition and also impacted some clubs to field competitive senior and reserve teams in MGFL.”

The letter also references “significant change in the population demographics” in Latrobe City as a catalyst for dwindling junior numbers within the league.

“This puts Trafalgar at a significant disadvantage with our growing population, we have been able to field a full complement of teams consistently across football and netball in previous years.”

As part of its reasoning for looking to Ellinbank, the club cites higher population growth in Baw Baw Shire and facilities and grounds that are “equal to, if not better than” those in the MGFNL.

It also claims 10 Under-18 players have been cleared or are seeking clearance to join neighbouring leagues, while others are “losing interest” in the MGFNL competition.

An EDFL base, it says, would favour seniors or reserves players on the Bloods’ list who live in Melbourne.

It also references the “strong netball competition” in the Ellinbank District Netball Association, the absence of jumper clashes and the revival of the Battle of Waterloo Cup with former MGFNL rivals Yarragon.

“The committee believes this is the way forward for our club to give it a sustainable future, for our junior and senior football netball clubs, but also to keep providing a great social and family outlook for the residents of our growing town,” it said.

Publicity officer Rob Popplestone said the MGFNL, which would become an eight-team competition if Trafalgar departs, was informed of the club’s wishes by email earlier this week.

“The league intends to work hard to keep Trafalgar part of the MGFNL,” Popplestone told The Express.

Trafalgar FNC members will vote on the resolution to join the Ellinbank league at a special general meeting on Thursday, July 30.

If the vote is passed, and in order for the move to materialise, the Ellinbank league must then vote accept Trafalgar and the Mid Gippsland league must vote to let the club go.