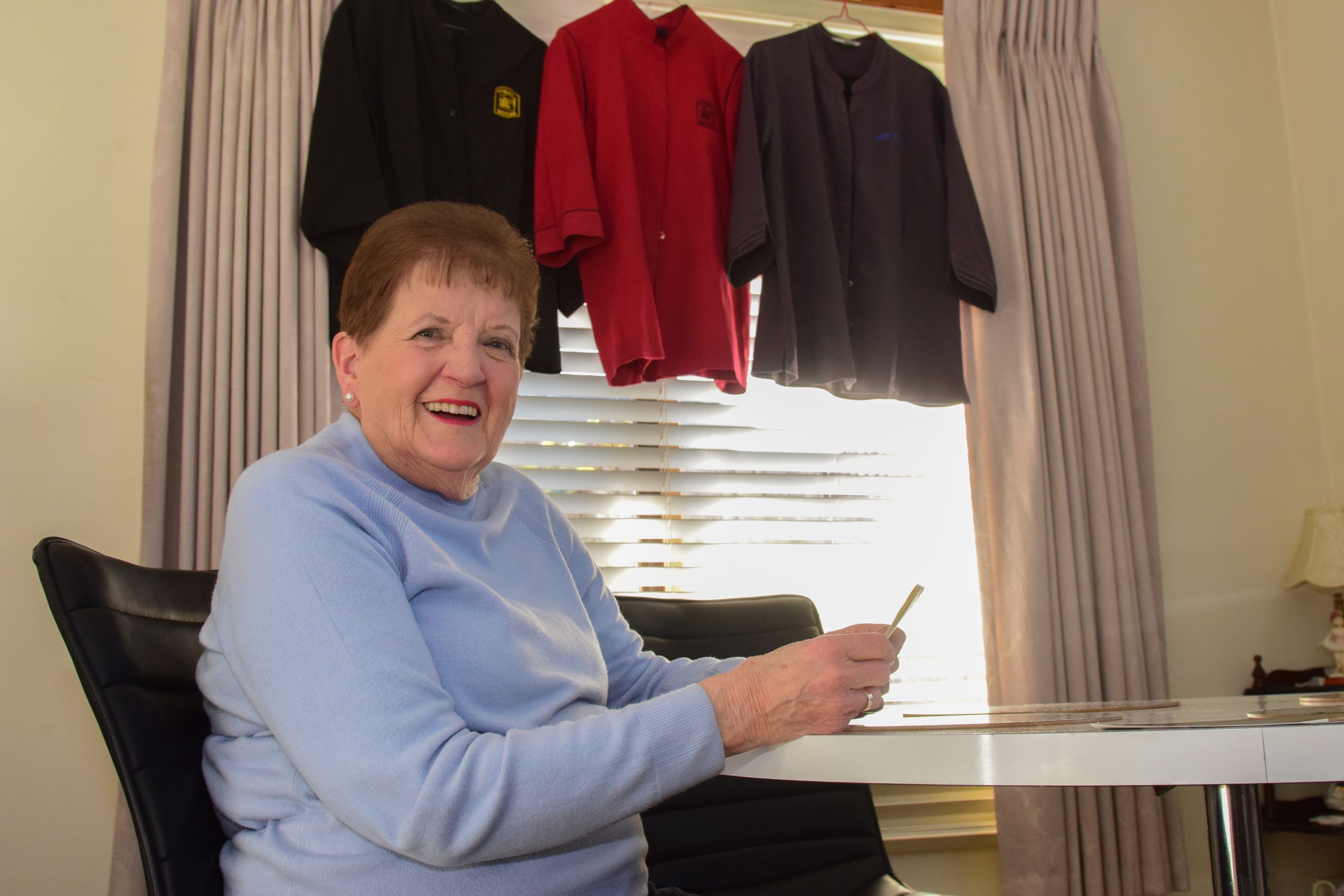 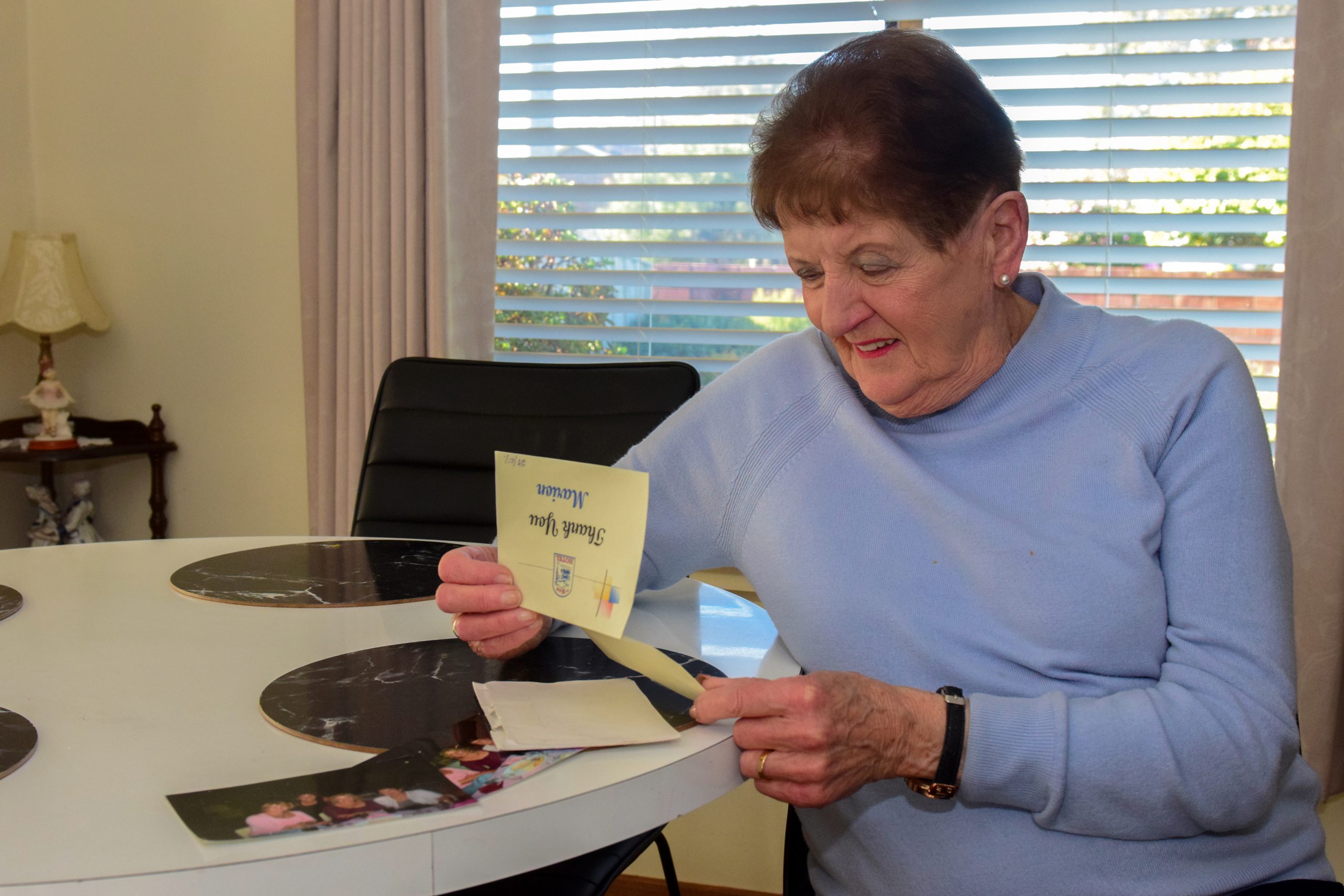 NOT many people nowadays can say they have stayed in the same place of work for more than four decades.

But a Newborough mother-of-three has done just that.

After moving to the Latrobe Valley from Box Hill in 1960, Marian Hitchins gained employment at the Moe Hotel in December 1974.

With her three young daughters Denise, Michelle and Yvette enrolled in school, Mrs Hitchins was after work that suited her day-to-day life.

“I had three girls and they were all in school and I wanted a job where I would be home to get them from school,” she said.

With a working background in ladieswear, Mrs Hitchins thought she would apply for a job in that industry.

“There was position going at what used to be known as Purvis Stores in Moore Street. I thought I’d go for that,” she said.

“I said, ‘I’ve come in for the position advertised in the newspaper and I’ve had 10-and-half years’ experience in Flinders Lane.’

“The manager at the time said ‘Really. We do like to employ local people.’

“I turned around and said ‘How long do you have to live in this town before you’re cast as local?’

“He then told me ‘unfortunately the position has been filled’.

“That really stuck in my craw that did. I’d been living here ten years and still wasn’t a local then.”

Mrs Hitchins left the store unimpressed, but not defeated.

Shortly after, a lady who lived around the corner informed Mrs Hitchins of a job going at the Moe Hotel on Lloyd St.

“Late Thursday afternoon I got a phone call and it was Mr Pantano, the manager, and he said ‘I’m ringing regarding that position.’

“I said ‘Oh, I was unsuccessful’ and he said ‘No, we would like you to start tomorrow.'”

Throughout the years, her roles at the hotel didn’t alter too much.

“I started off in the kitchen with the other ladies that worked there, helping put the salads together and other meals,” she told The Express.

“My girls and I were on our own because my husband at the time had gone away and then later died so it was just the three girls and I.

“I used to take the girls into work with me which you wouldn’t be able to get away with nowadays.

“They used to put together the salad plates.”

But after a few years, Mrs Hitchins moved over to the bar.

“The man that was our bar manager and cellar manager by the name of Frank Lamont, he turned around and said ‘I think I would like to get Marian out of the kitchen, I think she would do well out behind the bar,” she said.

“I thought ‘oh heavens, but oh well’. I learnt the cellar work and working behind the bar.”

Like most country pubs and hotels, everyone knew everyone and Mrs Hitchins soon came to know the locals while keeping her life separate and never “rattling” on about her family.

“It was funny with that hotel, like most hotels, especially in country Victoria, everyone seems to know everyone’s business instead of keeping their mind on their own.” Mrs Hitchins said.

As the years passed, unfortunately so too did a number of the hotel’s regulars.

“A few years back, one patron would say to me ‘How many is on the list now?’ They were how many were deceased. I think I got it up to 103,” Mrs Hitchins said.

With many different managers and owners throughout the years adopting different work practices, introducing new systems and of course, the advent of modern technology, Mrs Hitchins always adapted well.

Extensive renovations, the introduction of the TAB and the pokies, as well as electronic tills have taken place during Mrs Hitchins’ time at the hotel.

But one change had proved a challenge – gaining and renewing her Responsible Serving of Alcohol (RSA) licence.

Respect travels far in the pub game and Mrs Hitchins prided herself on having respect for the patrons, just as they did for her.

“I never, ever, swore because I thought once you start that thing they lose all respect for you,” she said.

“Occasionally some of the young fellas will run off their mouth and the fellas will say ‘Hey, watch it, Marian’s behind the bar.’

“I’d say ‘It’s alright, while it stays on that side, but once it comes across, then you’ll know I’m here.’ and I have always kept it that way.”

For a time, mother and daughter worked side-by-side at the hotel when Mrs Siinmaa was unsure what career path to embark on after completing school.

“I started working in the pub at 18 because I didn’t know what I wanted to do,” Mrs Siinmaa said.

“Mum would be running around and everyone had the greatest respect for her because that was Marian, curb your language, people would be running off at the mouth and then she’d walk by, it would quieten down and then amp up again as soon as she’d gone past.”

But there were always young locals keen to push the boundaries, particularly after a few beers.

“One day the Moe footballers were in, one of them came out of the toilet and he had nothing but a shirt on,” Mrs Hitchins said.

“They were all carrying on, I looked, I copped a sight of him and I said ‘Listen, I’ve seen better on a horse.’

“And with that all the fellas all yelled ‘Ohhh’ and then with that he returned to the toilet to put his pants back on.

“Another patron turned around and said ‘I know what you’d like.’ I said, ‘You know what I’d like? I want a man on a horse, not a monkey on a stick.’

“But even up until this day and age the respect is still there.”

While currently enjoying some well-deserved long service leave, at age 83 and with retirement looming, Mrs Hitchins shared her plans to travel with husband Alby.