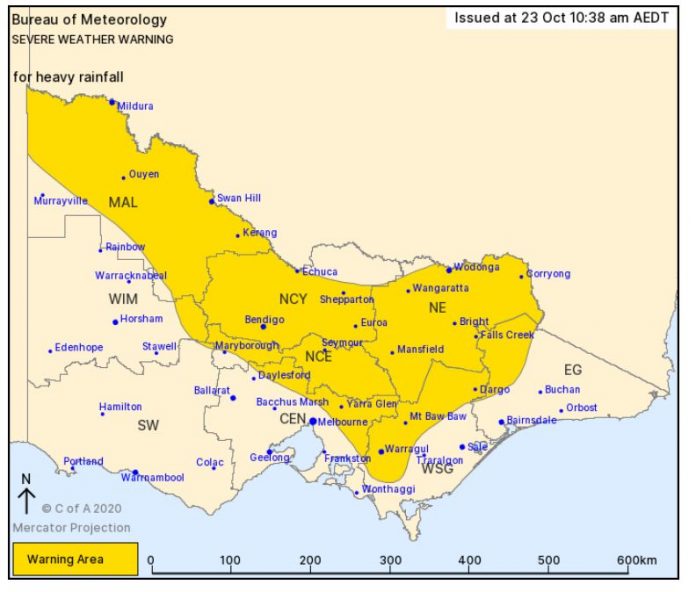 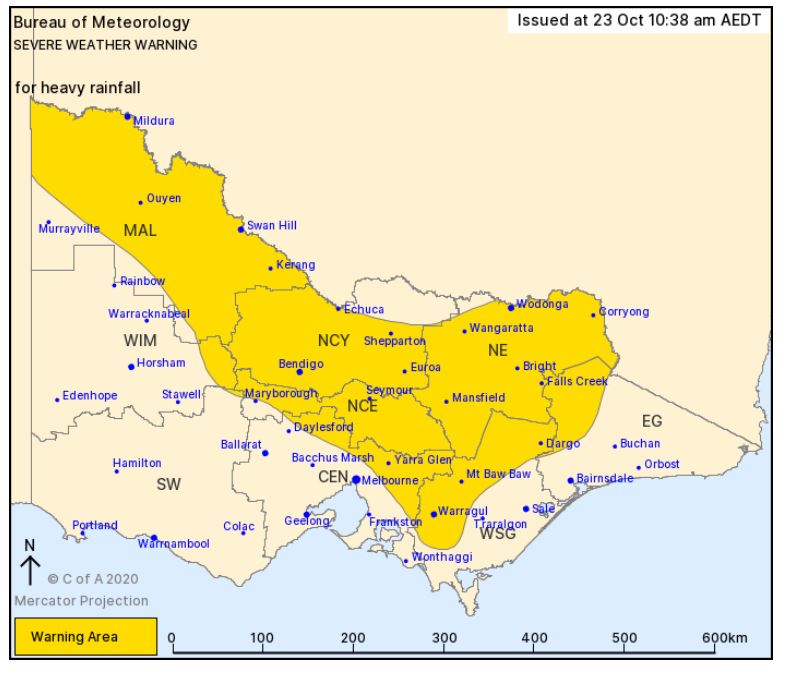 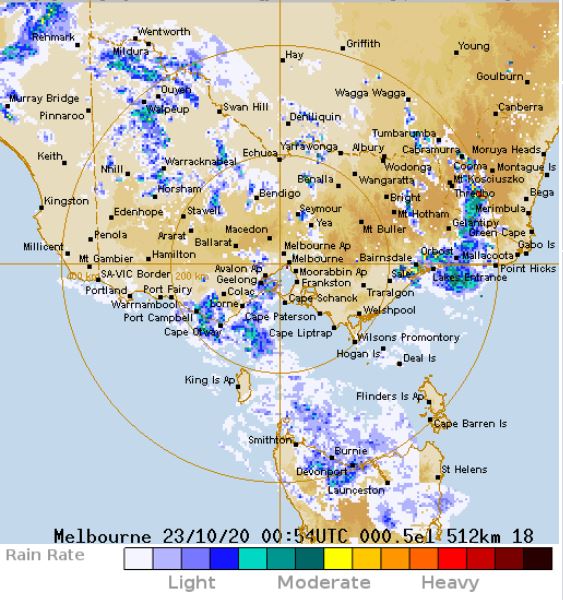 The Bureau of Meteorology has issued a severe weather warning for heavy rainfall across much of Victoria, including the Latrobe Valley.

The latest advice issued at 10.38am today, the warning is for people in Mallee, Northern Country, North Central, North East and parts of Central, East Gippsland, West and South Gippsland and Wimmera Forecast Districts.

A low pressure system currently over South Australia is expected to deepen through today while moving southeastwards, extending a trough over Victoria this evening with the low to then pass just north of the state on tomorrow morning.

Showers expected to increase to widespread heavy rainfall which may lead to flash flooding about central Victoria and the eastern highlands during this evening, extending to the Mallee and Gippsland early tomorrow morning.

Rain areas will begin contracting eastward during tomorrow morning before clearing the state on tomorrow evening.

Locations which may be affected include Moe, Trafalgar, Bendigo, Shepparton, Seymour, Castlemaine, Kyneton, Wangaratta and the outer metropolitan area of Melbourne.