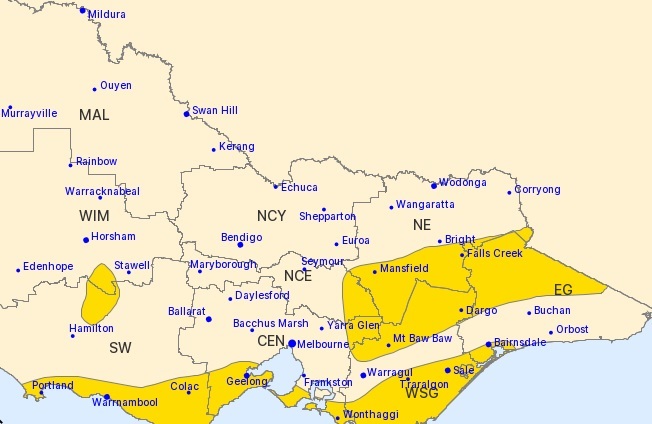 The Latrobe Valley was among the hardest hit regions as wild winds ravaged most of the state overnight.

The Bureau of Meteorology issued a severe weather warning on Sunday afternoon for most of eastern Victoria, with northerly winds averaging 60 kph predicted and gusts of up to 100 kph.

But the Valley recorded the strongest gust of wind of any non-alpine area in Victoria at 91 kph around 4am.

State Emergency Services responded to dozens of calls-outs for fallen trees as a result of the gale force winds.

At least 20 of those occurred in the Latrobe Valley between midnight and 5am, including at Tanjil South, Moe, Newborough, Traralgon, Willow Grove, Morwell, Toongabbie and Glengarry.

BOM senior forecaster Michael Laczko said the damaging winds were being driven by a system developing over the south of the country.

“This warm weather is being delivered to us by a trough over South Australia which is bringing some very strong winds,” Mr Laczko said.

But other than in the Mallee, where the bushfire alert has been raised to high, Mr Laczko said the winds weren’t cause for concern elsewhere.

“We’re keeping a close eye on this and we will update you tomorrow and as the days progress as the risk changes,” he said.

Conditions are set to ease for the rest of Monday with winds tending southwesterly between 25 and 40 kph.