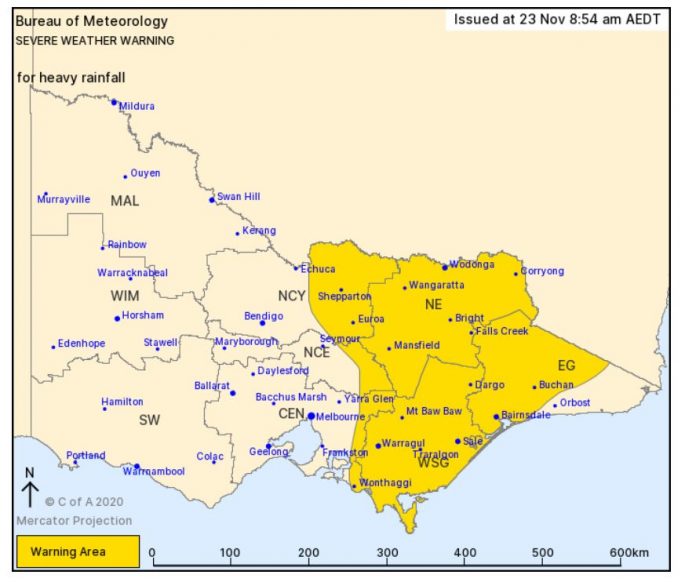 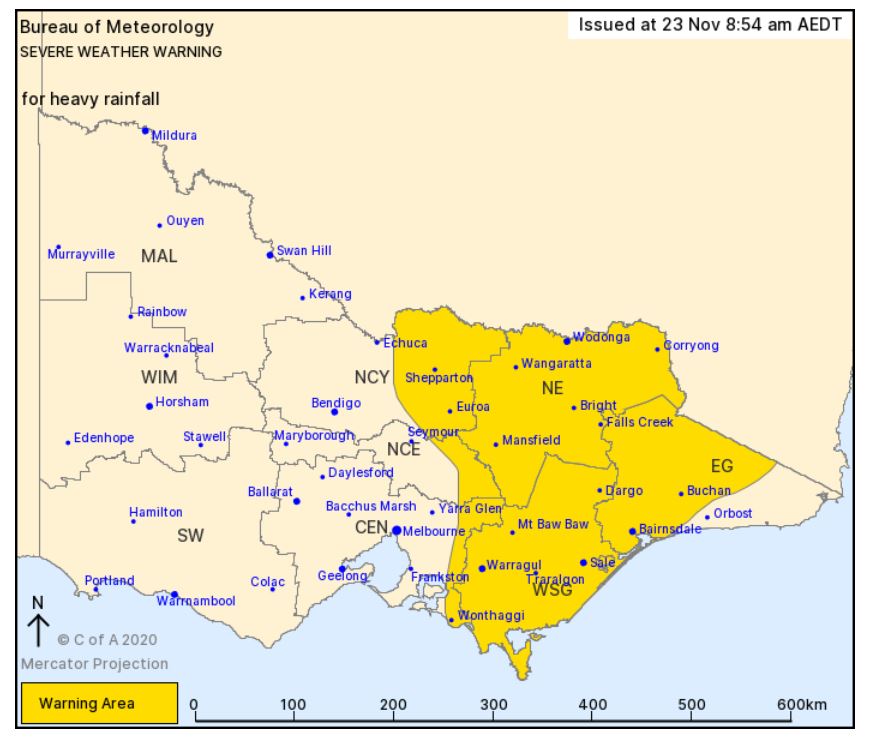 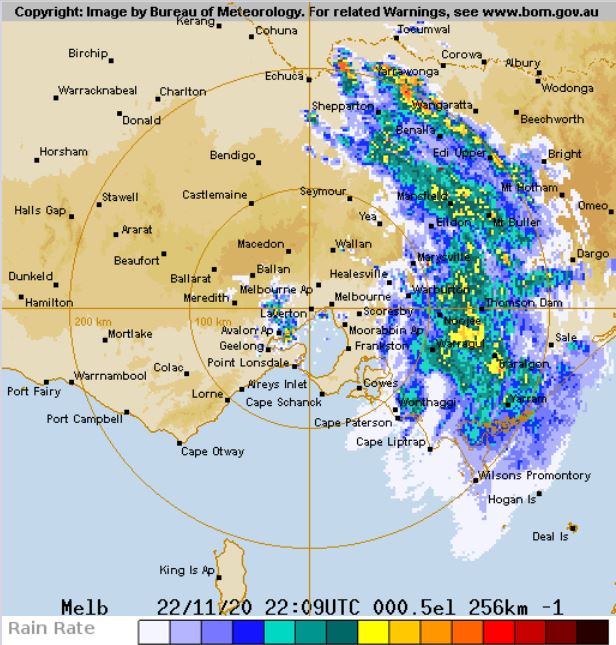 The Bureau of Meteorology has issued a severe weather warning for heavy rainfall across much of Victoria, including the Latrobe Valley.

The warning advice, issued at 8.54am today, is for people in East Gippsland, North East, West and South Gippsland districts, and parts of the Central, Northern Country and North Central Forecast Districts.

Locations which may be affected include Shepparton, Wodonga, Wangaratta, Traralgon, Moe and Bairnsdale.

The Latrobe Valley received 22.4mm in the 24 hours leading up to 9am.

A trough over western Victoria will continue moving slowly east throughout today, clearing central districts around noon and eastern Victoria this afternoon.

Areas of heavy rainfall which may lead to flash flooding have affected southern Victoria overnight and this morning.

Heavy rainfall is now moving into Gippsland and will extend to the eastern ranges this morning.

Further rainfall totals up to 50-60mm are possible in the east.

Heavy rainfall associated with thunderstorms may also affect parts of the North East this morning.

Rainfall will clear central parts during this morning and the east later this afternoon.