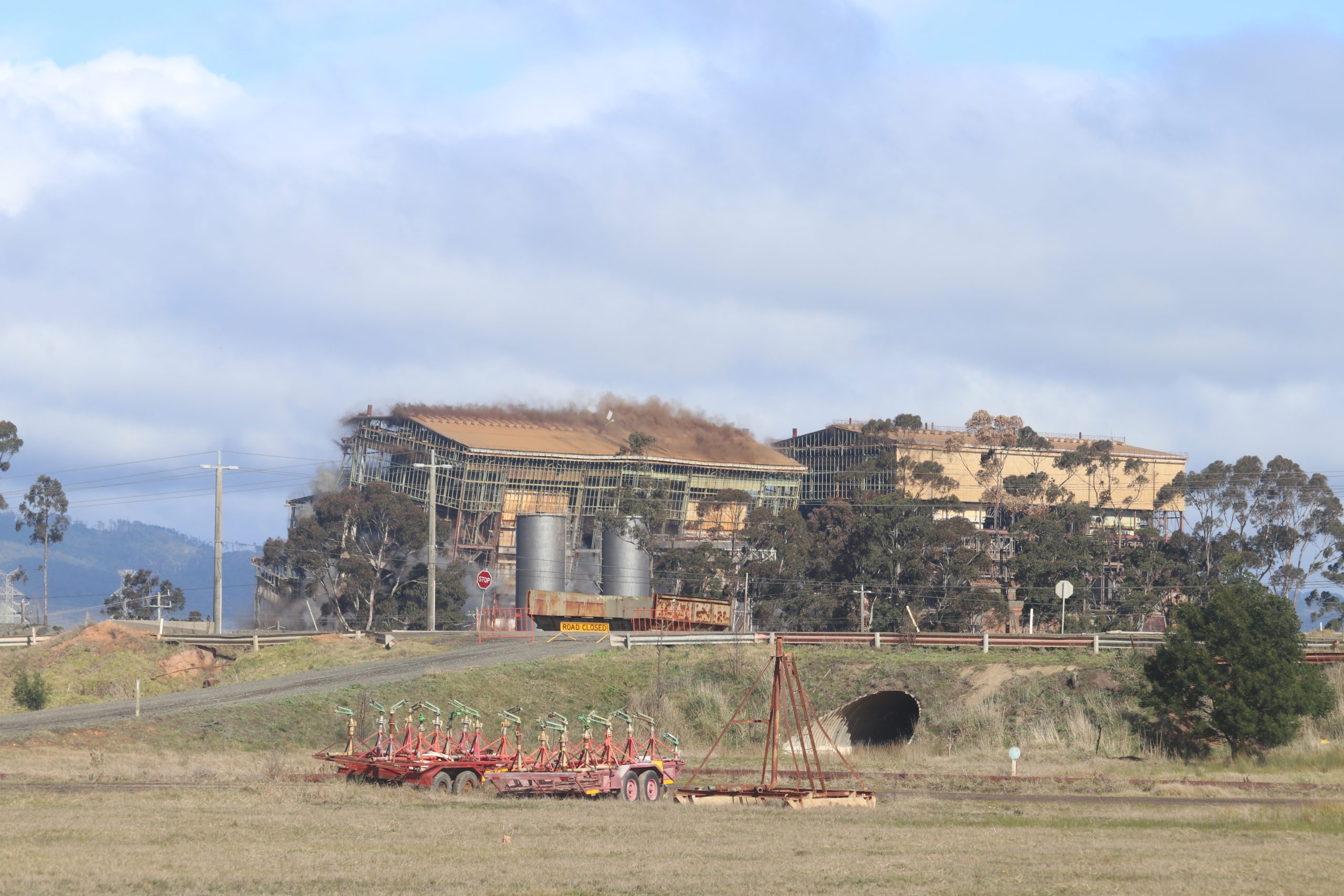 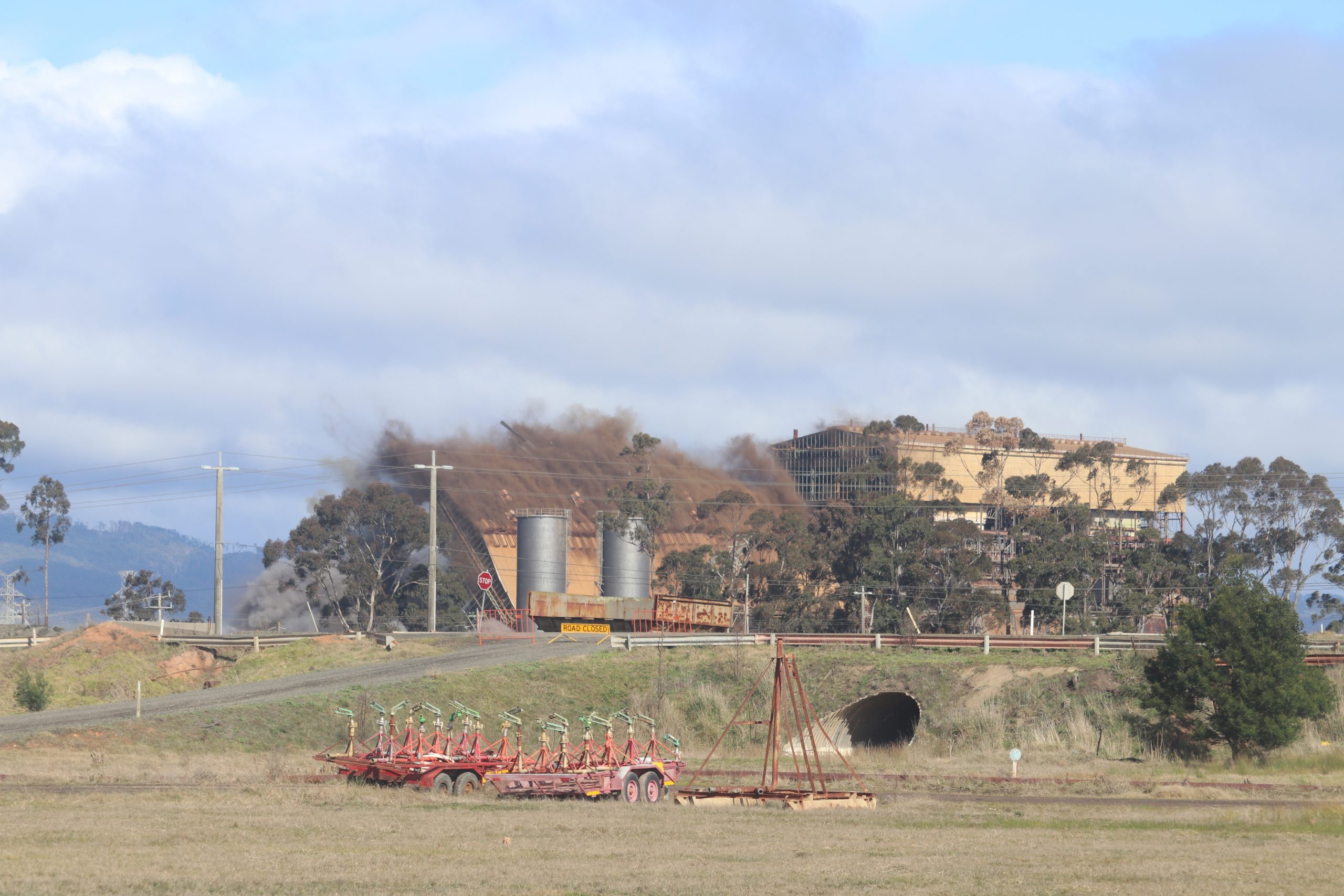 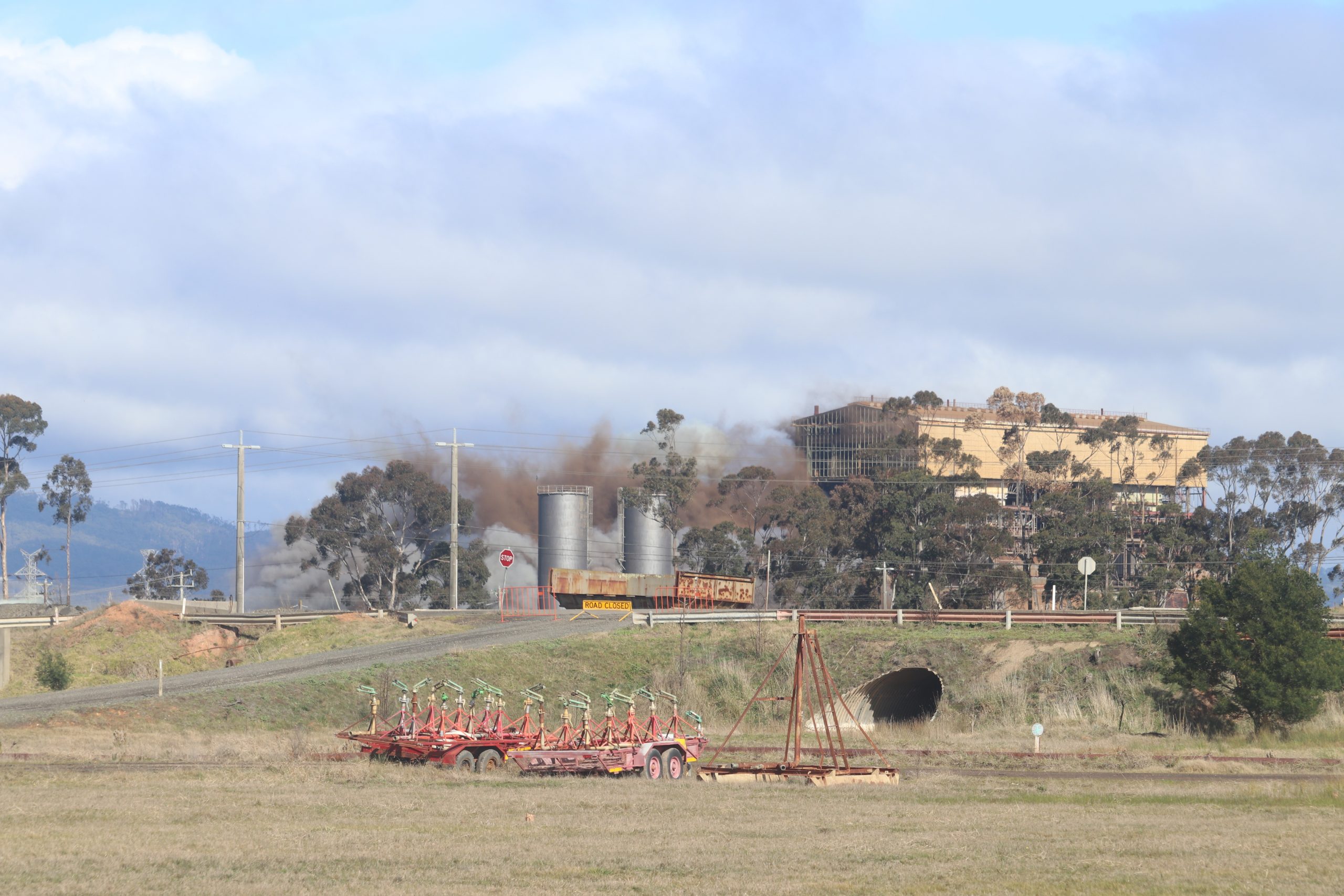 Demolition crew detected a small coal fire after Hazelwood boiler house two was knocked down in a controlled collapse which took place at about 1.30 on Tuesday afternoon.

ENGIE confirmed a coal smoulder was fanned by late afternoon winds and ignited in the structure’s basement.

The fire was quickly brought under control that afternoon with fire equipment that had been pre-positioned before the demolition took place.

The demolition had been delayed twice due to unfavourable conditions, originally slated to take place in June and then set back again last week.

“While we were ready with the technical expertise in place, we couldn’t get the variables right. Today things are falling in place to proceed,” Mr Auger said.

“We need a south westerly wind so any dust falls over the mine void. We have envelopes of time we can work within and some of these variables are outside our control like the weather.”

Mr Auger said the last remaining boiler house is scheduled to come down at the end of September, signalling the end of the demolition phase of the Hazelwood Rehabilitation Project.

“All the eastward travellers over generations who saw the Hazelwood chimneys and boiler houses will have a new vista when they come over the bluff,” Mr Auger said.

Meanwhile, ENGIE is working with EnergyAustralia on a Morwell River Diversion, in which Hazelwood will act as a spillway to keep water out of the Yallourn mine in extreme flood risk.

Mr Auger said ENGIE was carrying out designs for a weir and spillway in the western corner of the mine to act as a “last resort” in heavy flow volumes.

“We are ex-generators ourselves and understand the importance of maintaining supply, so we are happy to help, this is another way Hazelwood can be seen as a community asset,” Mr Auger said.

“This is one practical and prudent step that can be taken to keep the lights on.”