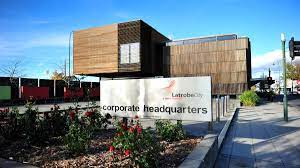 Latrobe City Council will lose approximately $2 million in rates upon the closure of the Yallourn Power Station in 2028, as outlined in a 10-year financial plan adopted on October 25.
Latrobe City councillors adopted a 2021-2025 council plan based on locally-led priorities
identified in a 10-year community vision.
The 10-year financial plan was adopted alongside these, describing the resources required to give effect to the council plan, community vision and other strategic plans.
It outlined assumptions underpinning the forecasts and statements and impending financial challenges including loss of revenue from Yallourn and the renewal of infrastructure assets.
The financial plan has included an annual saving of $400,000 from 2022/23 for the following five years to allow council to step into the full amount of the revenue reduction of Yallourn closing.
However, how council will achieve these savings has not yet been identified.
It also includes exiting the Commonwealth Home Support Program and the Home and Community Care Program for Young People from July next year.
The community vision was developed with the input of more than 1500 people complied into a report through Federation University.
This vision and plan includes 50 strategies including health and wellbeing, economic
diversification, urban amenity improvements and enhanced connectivity between neighbouring towns.
Cr Darren Howe pointed out key strategies such as town entrances, rail trails, education, business opportunities, and access to arts and recreation.
“People want a secure future for their families here, one that will provide primary and tertiary services to the quality and breadth suitable for a large regional city,” Cr Howe said.
“Equally, the community wants a future of high levels of education opportunities to secure
employments, economic and social growth.”
Cr Graeme Middlemiss said the financial plan did not consider unplanned events such as catastrophic floods or storms, but provided an estimated projection into the next decade.
Cr Middlemiss warned about the possibility of further early large industry closures, such as Loy Yang A or B, or the Maryvale paper mill.
“Nobody has a crystal ball, but this is our best attempt at a crystal ball,” Cr Middlemiss said.
“We’ve adopted the council plan and community vision, but now we have to pay for it if we want to be the most liveable regional city.”