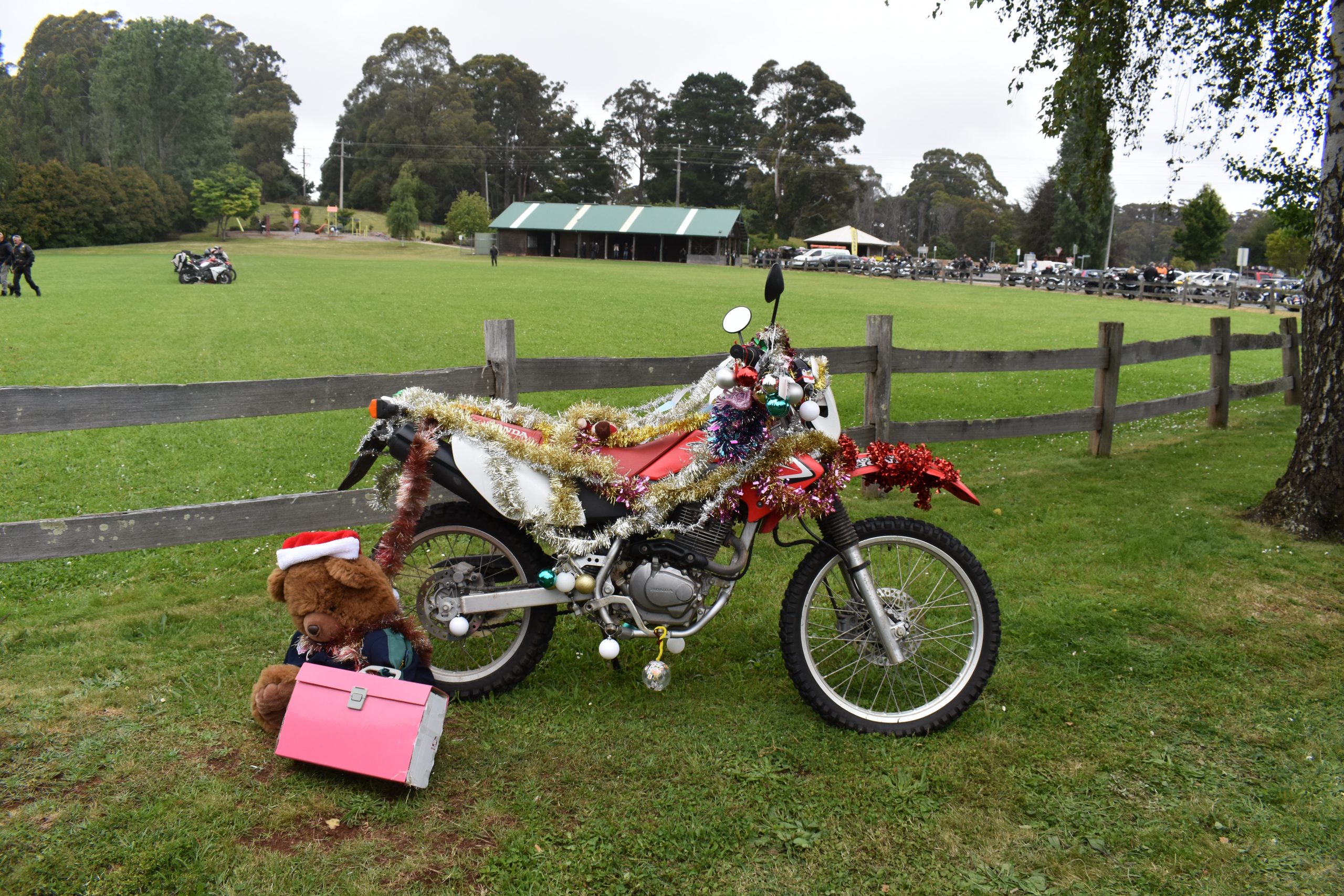 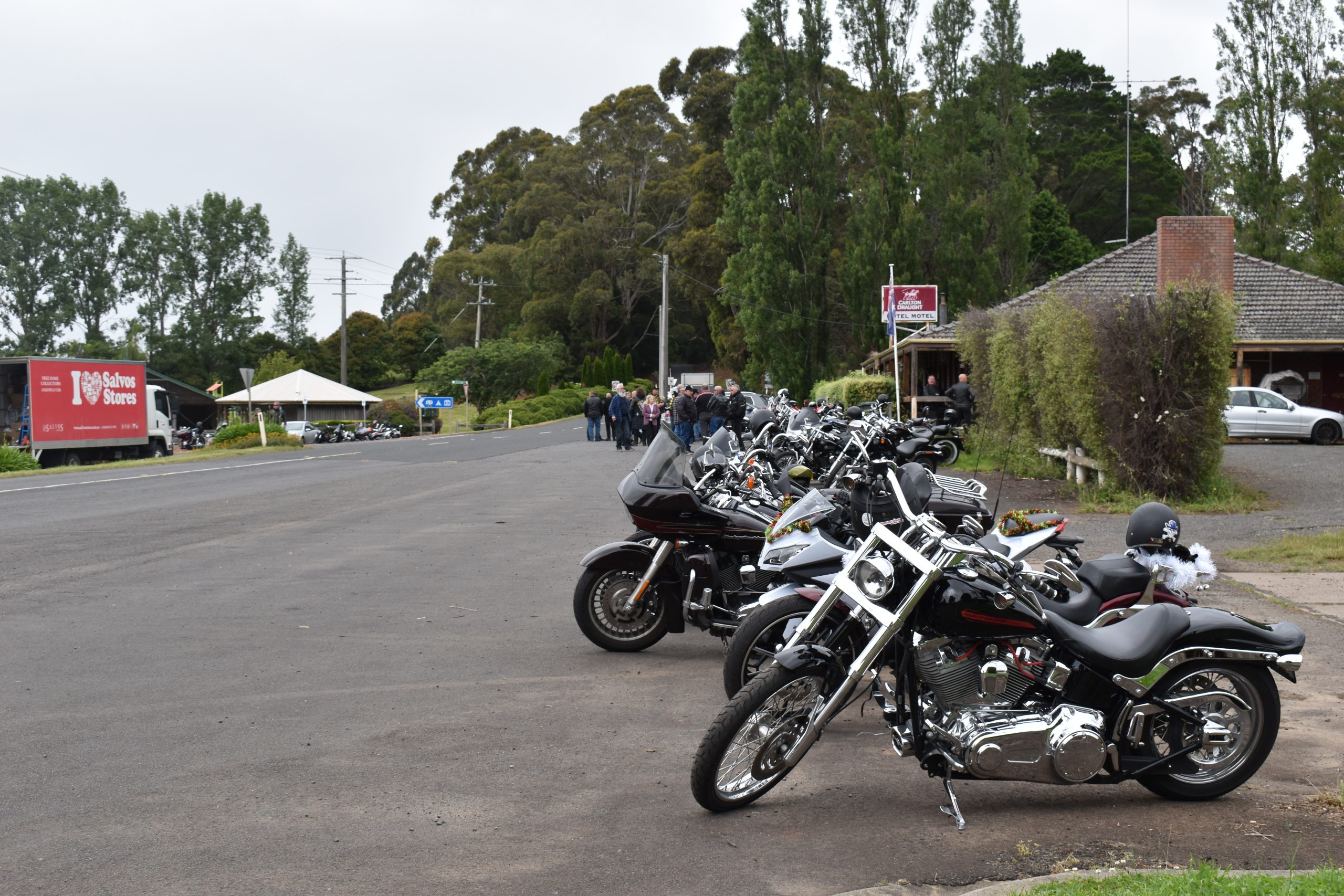 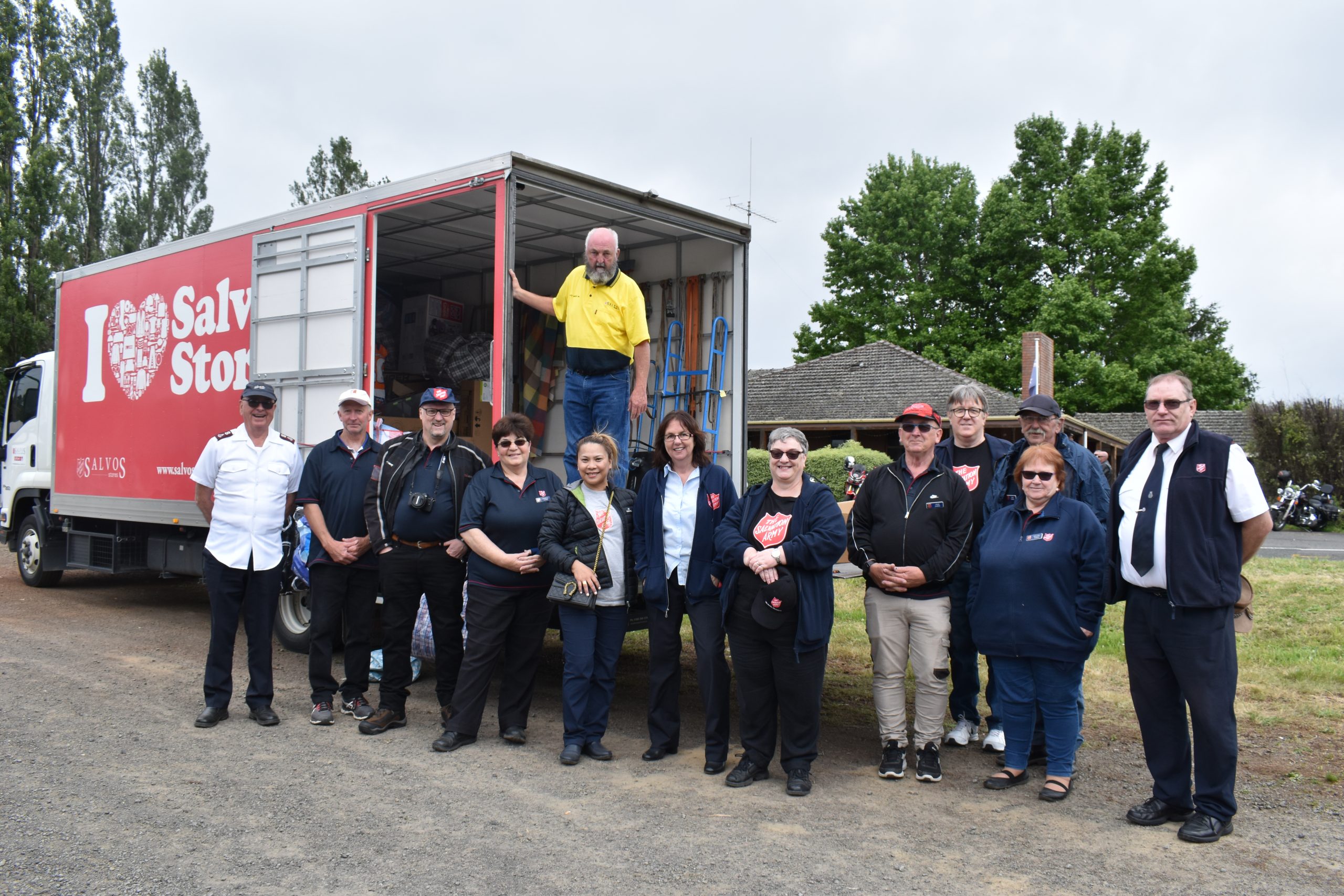 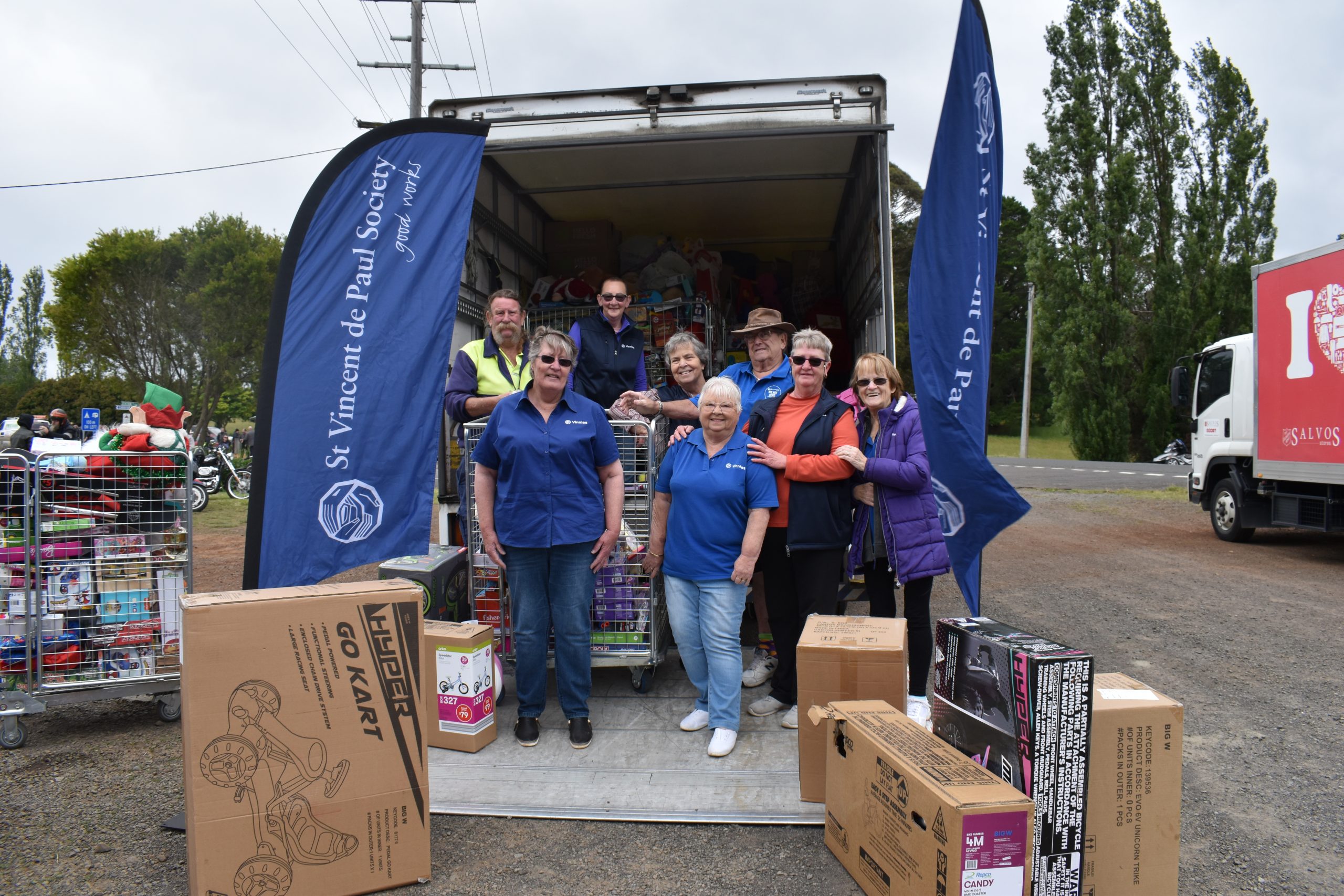 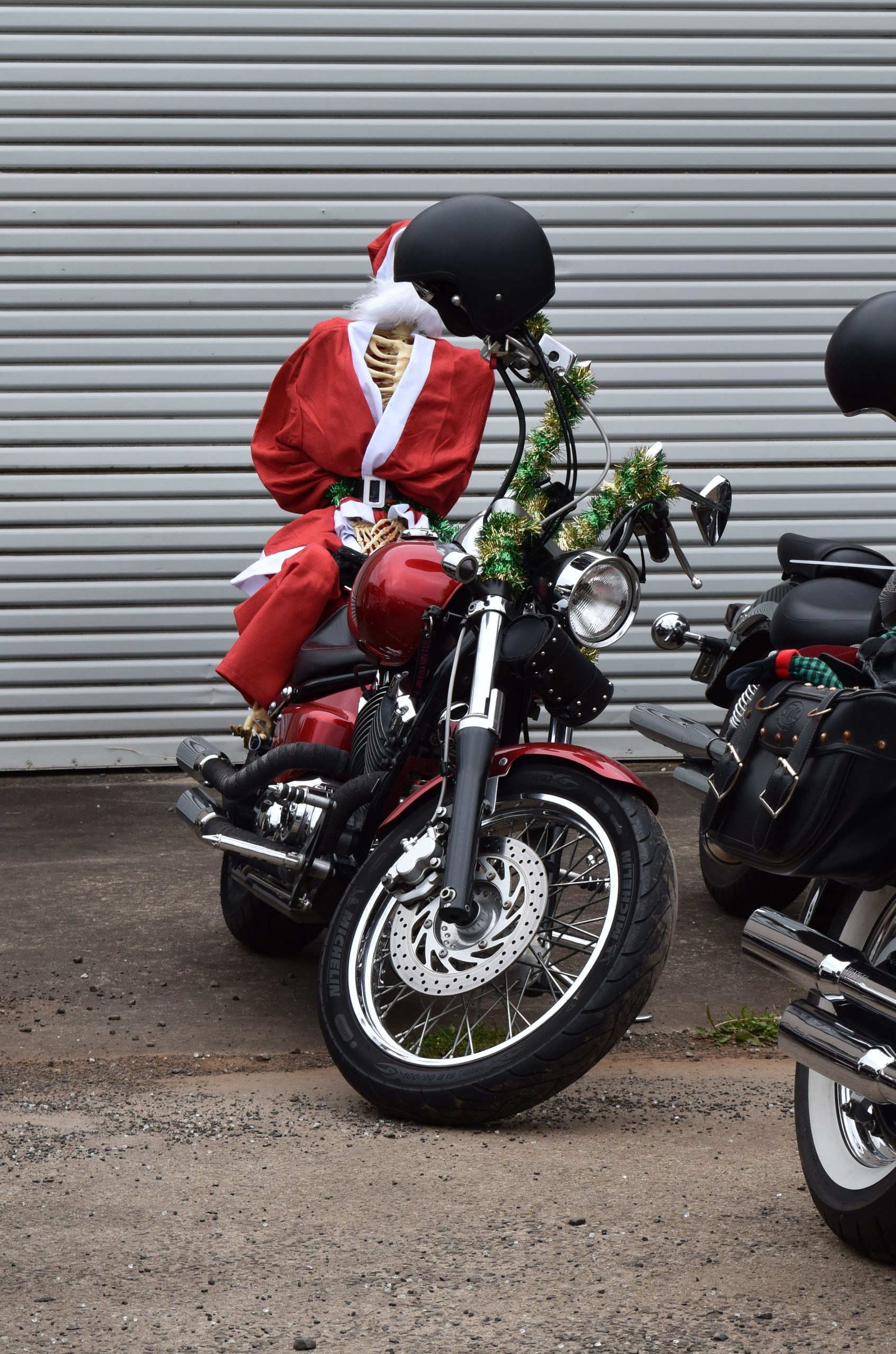 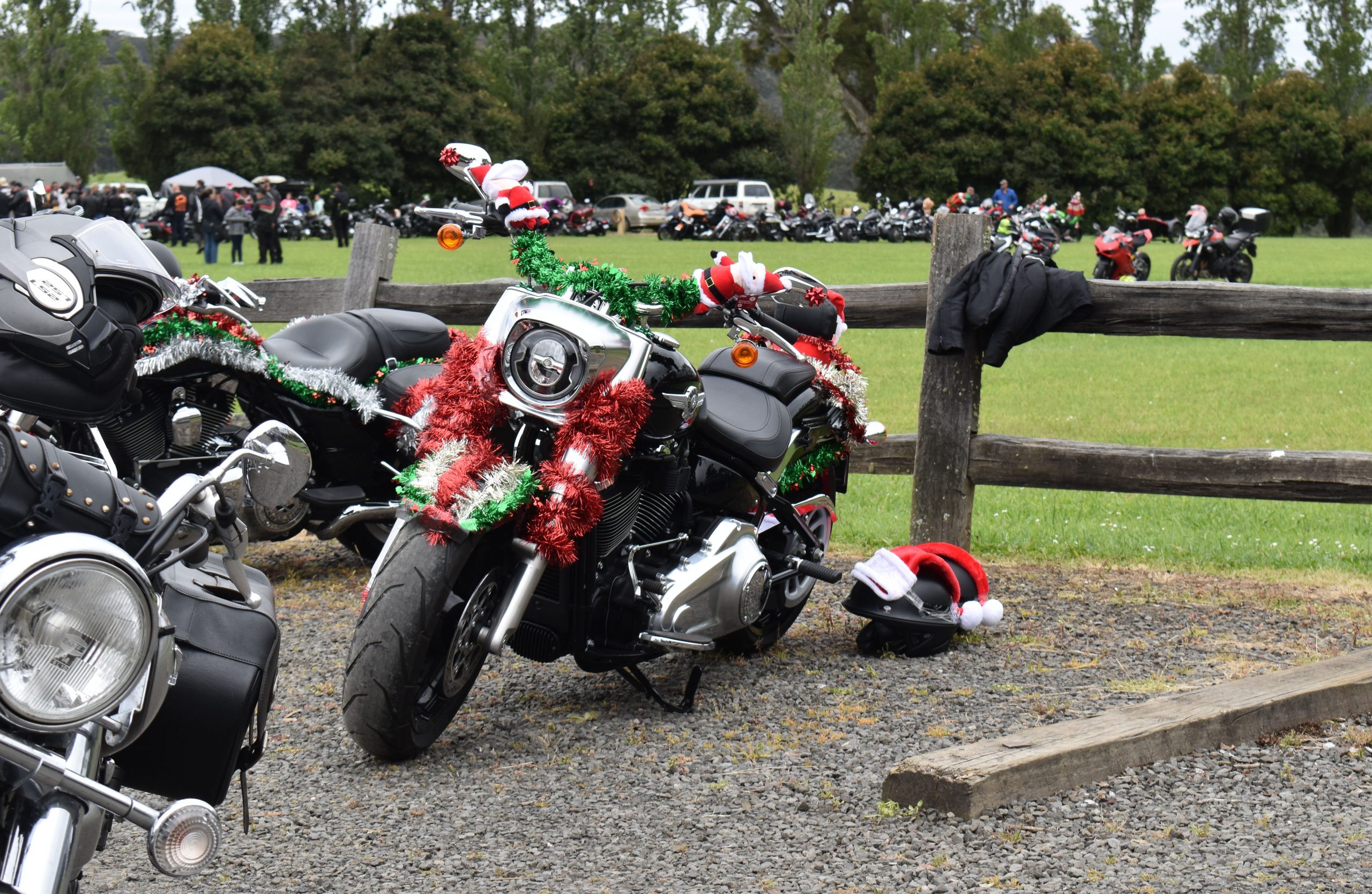 Hundreds of motorcyclists gathered in Traralgon and rode to Erica on Saturday, December 4 to donate gifts to families in need and celebrate the festive season.

Organisers Alf and Stella Vella reported a total of $54,722 was raised for the 2021 event.

With bikes decked out in tinsel and Christmas decorations, the motorcyclists rode into the tiny town.

Businesses and community groups helped cater to the crowds, and food and coffee vans also attended.

“We organised for the Scouts to do a barbecue and they had a couple of marquees,” Mr Vella told The Express.

“The pub was going crazy, and the general store was selling pies as fast as they could grab them out of the oven. We had a coffee van, and an ice-cream van.”

The Gippsland Motorcyclists Toy Run has been operating for 22 years and despite the impacts of the pandemic, is showing no signs of slowing down.

Mr Vella said that the outdoor event was a terrific return to normality, and allowed people to gather together and socialise in support of a great cause.

“It looks like COVID might have impressed on people that a lot of families are doing it tough… I just hope that it keeps on going, because the whole Valley just opened up its heart,” he said.

“We’ve never had such a response from such a broad range of people… there were people everywhere doing things that we’ve never had before.

“If it gets bigger we will have to get more creative about our parking.”

Adding to the atmosphere were the 350s Blues Band, who entertained people while they made their donations and enjoyed the food on offer.

“They donated their time to us… and they play the most magnificent blues music,” Mr Vella said.

Volunteers from the Salvation Army and St Vincent De Paul were in attendance, and loaded the trucks with donated items. Both were filled to the brim by the end of the event.

A significant number of donations were made prior to the day, however a number of toys arrived strapped to the back of motorcycles.

Organisers were thankful for the response the event received and looking forward to doing it all again next year.

“For the last 22 years, we have never had an outpouring of support from such a wide range of community groups and individuals,” Mr Vella said.

Following its success this year, Mr and Mrs Vella report that Erica will again host the Toy Run in 2022.