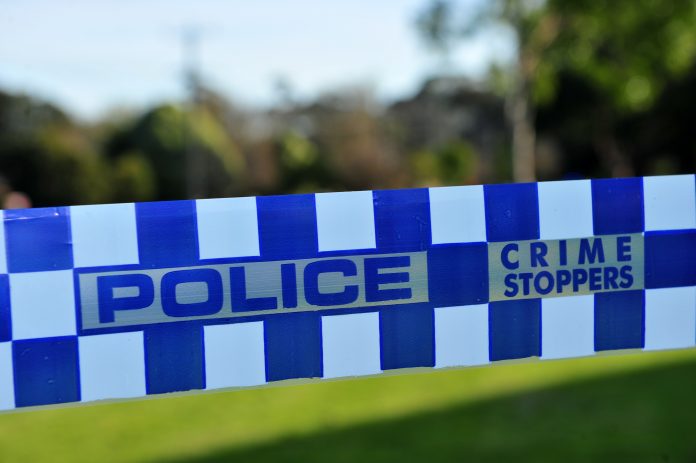 POLICE were conducting a foot patrol on the corner of Kay St and Franklin St, Traralgon at 3.30am on Sunday, December 12 when a Traralgon man, 22, was spotted leaning against a police vehicle.

The man was allegedly intoxicated and argumentative, he was observed by police having verbal arguments with passers by.

After being asked to move on by police the man moved about five metres away onto the grassed area along Kay St.

He allegedly began yelling abuse at police and other people in the general area.

Police then attempted to arrest the man for being drunk in a public place.

The man allegedly resisted arrest and punched a female Sergeant in the head.

He was subsequently taken to the ground by police and was eventually overpowered and arrested.

He was taken to Traralgon Police Station where he was charged with being drunk in a public place and the appropriate charges for assault on police offences.

The Sergeant received an injury to her lip and her right knee.

A MAN has attempted to headbutt police during a car intercept.

A police van intercepted a car travelling on Stuart St in Traralgon at 11.50am on Monday, December 12.

After pulling over, the driver of a car, a Moe man, 38, exited the vehicle and allegedly began acting aggressively towards police.

The aggression allegedly escalated during a discussion with police, and the man attempted to headbutt a Constable.

The man was then taken to the ground by police and a minor scuffle ensued.

The man was then arrested.

As police escorted the man to the back of the police van, he allegedly attempted to headbutt the Constable again, and began resisting arrest.

He was again taken to the ground by police, who deployed their OC foam with immediate effect.

The man was taken to Traralgon Police Station for processing and was charged with relevant charges relating to assault on police and breaching n intervention order.

Anyone with dash camera footage of the incident can contact Constable Ta’ufo’ou at Traralgon Police Station on 5172 2700.

POLICE were called to assist Fire Rescue Victoria on Monday, December 13 at 9pm after a shed caught fire at an auto wreckers on Alexanders Road, Morwell.

The fire is believed to have originated from several battery chargers that were being used within the shed.

The shed was mostly destroyed by the blaze.

Police are not treating the fire as suspicious.

POLICE in the Latrobe Valley launched Operation Festive at the weekend.

The operation is set to target anti-social behaviour at licensed venues and surrounding areas.

Police want to remind people to behave appropriately throughout the Christmas period, drink responsibly and be aware that their behaviour will be scrutinised.

The operation will have two phases.

POLICE are encouraging people to make sure their vehicles are up to scratch for the holiday
season.

The operation will extend across Morwell and the wider Latrobe Valley and will be targeting
hoon behaviour over summer.

The proactive road policing operation will see a highly visible police presence across the region, and defect notices being issued.