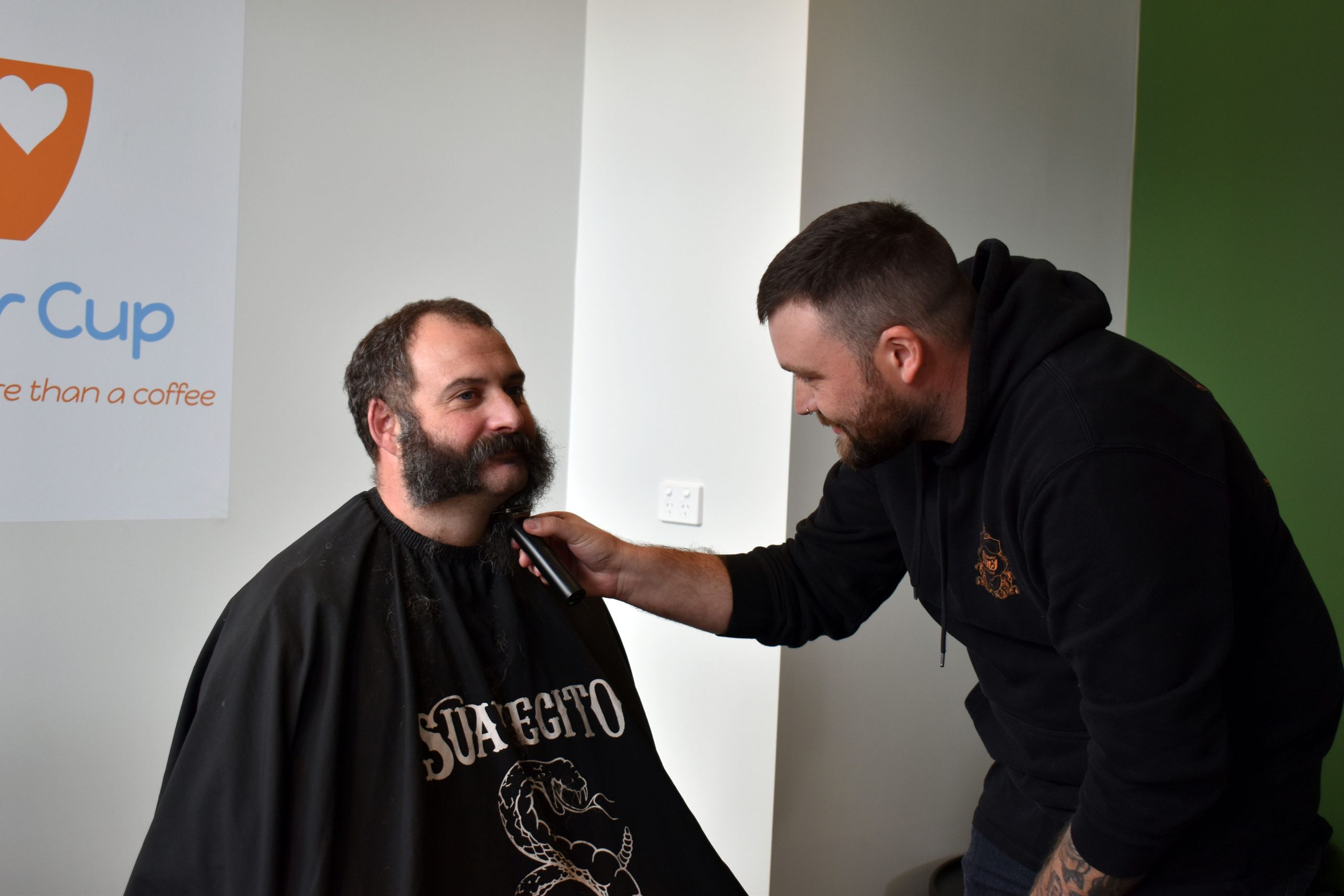 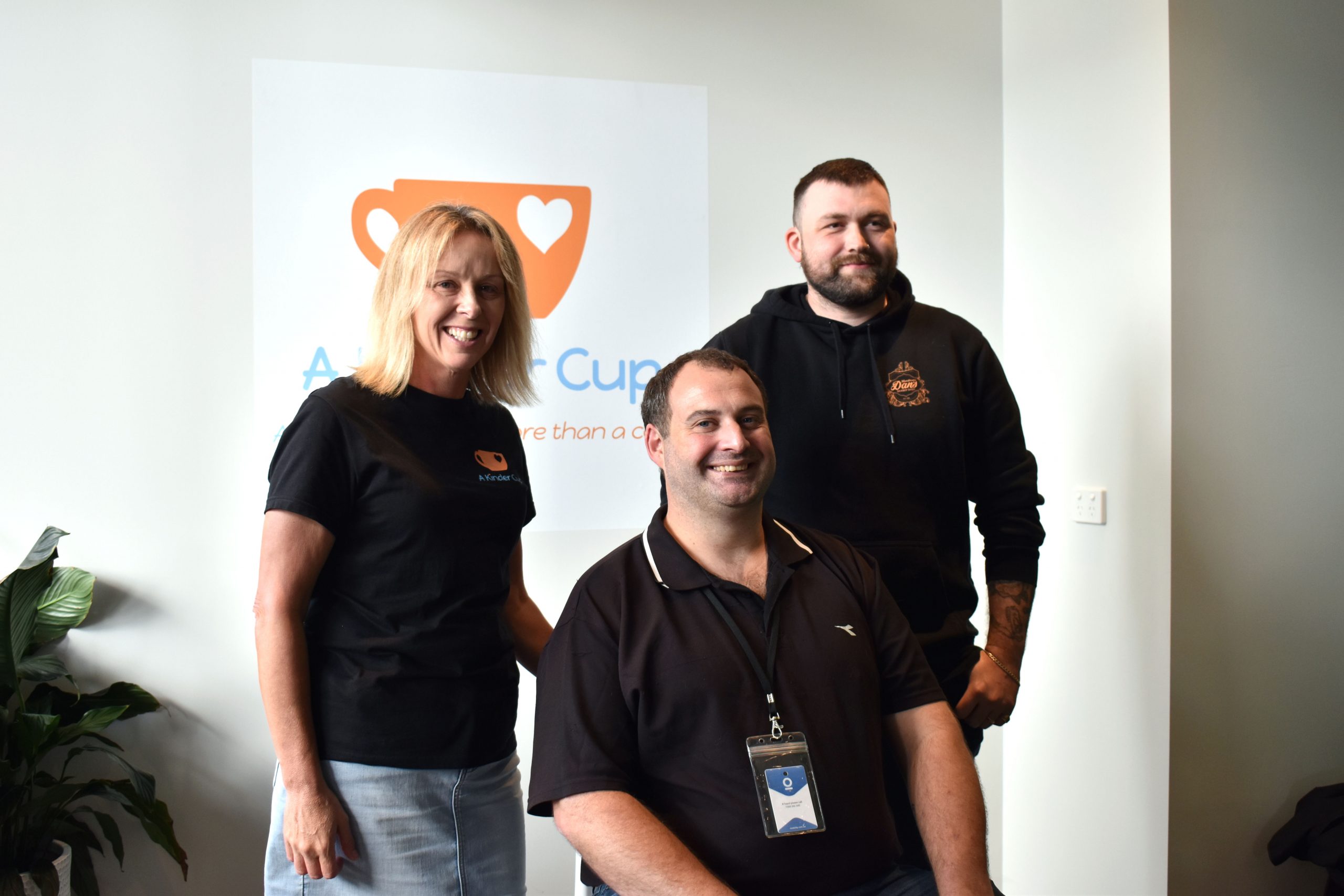 The initiative, ‘Shave for Social Enterprise’ is a collaboration between CoAbility Support
Coordination, Play it Forward and Morwell Neighbourhood House (MNH).

The fundraiser was started to raise funds and awareness for MNH’s A Kinder Cup Café.

A Kinder Cup supports the important community work completed by MNH, which is often reliant on donations and government grants.

It doubles as a café and a location for initiatives such as MNH’s The People’s Kitchen, which supplies those struggling with food insecurity with nutritious meals.

Mr D’Arcy is the Community Program Development Coordinator at CoAbility, and had
spent two growing his impressive beard. However, he was willing to part with it for a good cause.

Surrounded his supporters, Mr D’Arcy had his beard shaved with the assistance of Traralgon
business, Handsome Dan’s Barber Shop.

He began growing his beard for a part in a production with Sale Theatre Company, and
decided to keep it after.

“It was actually a joint idea with Play it Forward. We were talking about my beard and were just saying in conversation that it would be funny if we shaved it off as a fundraiser,” he said.

“We were talking with Tracie about these guys needing some support… and that was about four or five weeks ago.”

When it came to delegating the task of shaving off the beard, there was an obvious choice.

Mr D’Arcy had been going to Handsome Dan’s Barber Shop in Traralgon for beard care over the last few years – so it was only fitting that they attended its farewell.

“I approached Dan… and I just said ‘do you want a crack at it’, and not only did he agree to do it for free but he donated as well,” Mr D’Arcy said.

Daniel Osborne, from Handsome Dan’s Barber Shop was happy to be a part of the fundraiser.

“Ron is one of our regulars… we’ve been growing that beard for quite a while and we just decided to help him get rid of it,” he said.

“We were very happy to jump in and help out.”

The beard-shaving was supported by the ‘Yes I Can’ community choir, who are regular
customers at A Kinder Cup and are the product of a partnership between CoAbility and Play It Forward.

MNH manager Tracie Lund was very grateful for Mr D’Arcy and his supporters.

“To have a community advocate like Ron promoting our work and making a personal
sacrifice like shaving off his beard in such as public way, to broaden the conversation about social enterprise and how important they are and the work that we do at A Kinder Cup and Morwell Neighbourhood house is priceless,” she said.

While some people came to the café itself, the beard shaving was also livestreamed on MNH’s Facebook page, allowing many people to show their support online.

“It’s really heart-warming to see, not only the support that we had in the café, but the support we had online through the livestream,” Ms Lund said.

“People were really wanting to get behind Ron and were motivated by the cause… and we can’t do what we do without people like Ron in our community.”

To find out more about the fundraiser, visit: https://gofund.me/4e1e90b2