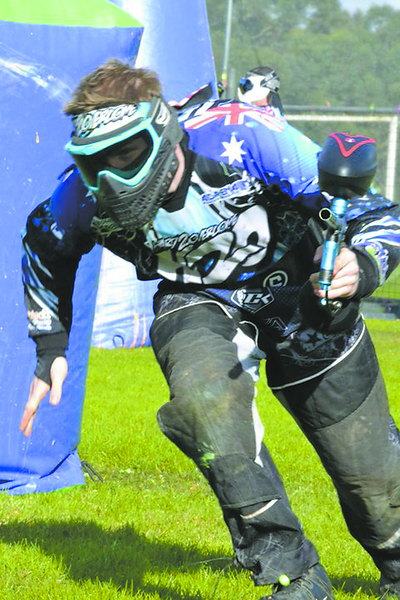 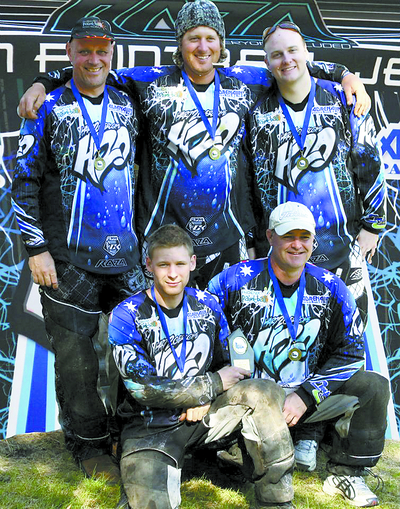 Tournament paintball is more than just a bunch of guys running around the bush in camouflage gear, shooting paint pellets at each other, according to Adrenalin Paint Ball Club president Richard Cameron.

Instead, Cameron said it was a “strategic team game” open to men and women of all fitness levels.

If you are curious, you can observe and decide for yourself this Saturday when the club hosts the second round of the annual Victorian Paintball Series at Monash Reserve, Newborough.

A self-confessed addict, Cameron will “talk paintball all day” with anyone who is willing to listen, and since he has been involved long enough to witness the transition from outdoor bush game to legitimately organised sport, he has a lot to share.

“That’s one of the peculiarities of paintball; it’s a sport for the young, the old, women, men, fit or unfit,” he said.

“The only restriction is that you are (need to be) over 18 years old.

“I’m a 47 year-old grandfather and I’m 20kg overweight, but last year I was ranked fourth in Victoria in my division.

“Some of the best players I’ve competed against are women.

For those who have not witnessed tournament paintball, the field is 50 metres by 40m with 44 blow up barricades placed around the ground.

There are two teams of five, one team at each end, and there is a white flag in the middle of the ground.

The aim is to capture the flag and take it to the other end of the field, and the easiest way to do that is by tagging members of the other team because once they have been hit, they are out of the game.

“In most team sports, there’s one ball and everyone follows it around.

“But with paintball, everyone has the ball so there’s stuff happening all over the field all the time.”

Cameron believes that over time, paintball will become as popular in Australia as it is in the United States, the Middle East and Europe.

“There are around 15 million tournament players in 160 countries,” he said.

With numbers like that, you would be hard pressed to deny Cameron’s claim the sport is safe.

“The pellets can sting when they hit you, but that’s it.”

The club is also serious about getting a world class event to the field in Newborough.

“We’ve already had three of the top names in paintball come to our field – Todd Martinez, Devon Stutz and Mike Breto,” Cameron said.

“From a player and spectator point of view, it’s amazing.

“It’s going to get really big.”

This Saturday, the Adrenalin Paintball Club will have teams competing in divisions one and two.

Last year the club experienced success with one of its teams, H2O, winning the state title in division three.

Twenty teams will contest 90 five-minute games over the day, which begins at 9am and will conclude around 6pm.

“Everyone is welcome – entry is free, and we’ve put a fence up around the field so spectators can come right up to the edge of the playing field and watch in complete safety,” Cameron said.