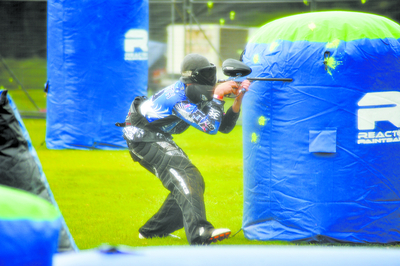 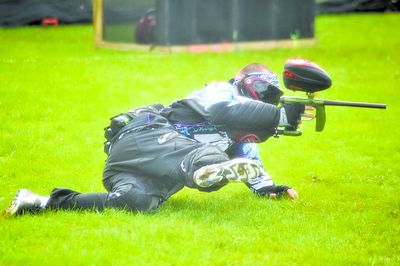 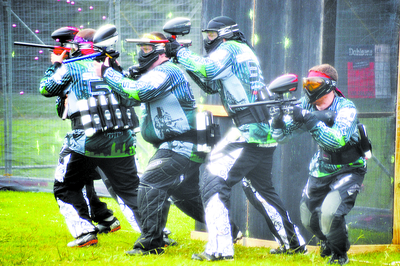 Adrenalin’s two teams overcame equipment issues to perform strongly, finishing third in division two and fifth in division three, with both teams winning 50 per cent of their games.

APC president Richard Cameron was “ecstatic” with how the day turned out, confirming the popularity of the Adrenalin club setup.

“We had a great turn out, with about 50 people coming through who weren’t connected to the event including (Latrobe City) councillor Sharon Gibson,” Cameron said.

“The ground held up well through the rain we’d had on Friday, and the players were still raving about the ground here.

“Newborough is without a doubt the most popular paintball venue in Australia among players.”

According to Cameron, most paintball tournaments are held in paddocks and scrub areas, making the well maintained Monash Reserve a real treat for the players.

He said “that’s a credit to the council”.

At each Adrenalin home tournament, a trophy is presented to a player whose performance becomes “famous or infamous”.

On Saturday the award went to Matthew Cocciardi from the Moorabbin team, who broke out after the whistle was blown and fell flat on his face.

“It’s such a great award, Matthew was hilarious,” Cameron said.

Another highlight of the day was the catered lunch supplied by La Porchetta, which was appreciated by the players.

“With a 50 per cent win rate, which was the second best we’ve ever had, we would usually come higher than third or fifth,” he said.

“That indicates how even the competition was, which is great because everyone gets a go.”

The next round of the Victorian Paintball Series will be held at Healesville. Adrenalin’s next home tournament will be at Monash Reserve in July.