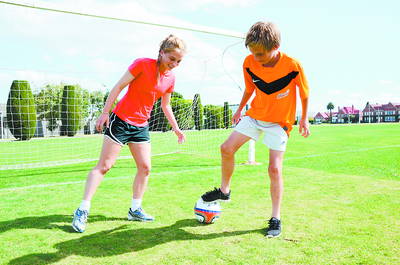 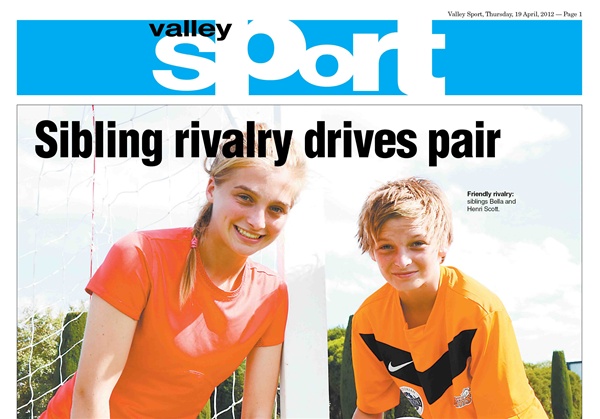 Traralgon siblings Bella and Henri Scott could not be more different, though their love of soccer and their talent on the pitch brings them together.

Thirteen year-old Henri, a pacey winger, attended his third talented player camp last week and is eyeing off a place in the state team.

Bella, 16, a reliable defender, made her first Victorian state team last year, captaining the under 15 girls team at the national championships in Coffs Harbour.

She also attended the same camp as her brother in a mentoring role, helping coaches and talking with the younger girls about her experiences.

“I love camps and spending time with people who love to play the game, so I thought I’d come down and help out with the younger girls,” Bella said.

“I’ve been watching the coaches, managers and sports scientists to learn by taking a little bit from all of them.

“It’s a holistic approach to the game rather than just playing,” she said.

With Bella and Henri at the same camp, the rivalry was clear; however, beneath the humour there was a mutual drive to improve and become the best players they could be.

“I try to give Henri advice – he’s doing well but he needs to keep working hard,” Bella said.

“We’re very different; he likes to show off his skills and I’m more about the team and passing.”

Henri agreed there were benefits to having a big sister who shared the same passion.

“It’s handy to have a sister who has done it all before,” Henri said.

“We go down to the fields and have a kick at least once a week.

“I show her lots of tricks and stuff.”

Both Henri and Bella were full of praise for their parents, who often have to take the ‘divide and conquer’ approach to getting the two to games.

“There are plenty of weekends where one of us has to be in Melbourne and one in Gippsland; Mum and Dad do a great job,” Bella said.

“It can sometimes be hard to fit it all in, but we do ok.

“It’s what you have to do to get to the next level.”

Bella will take to the field in the Pelada Women’s Premier League this season playing for Emerging Athletes Program Country, a team made up of some of regional Victoria’s most talented young players.