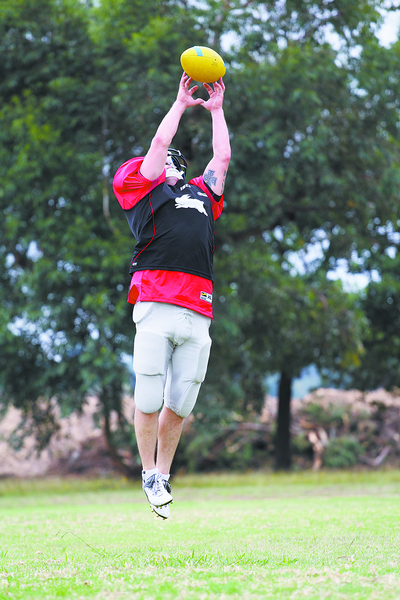 A new-look Gippsland Gladiators gridiron team will kick of the 2012 season at home this Saturday.

“Our defence is really strong, its probably the benchmark for the league so that’s where we’ll have the biggest advantage.”

Fraser was also positive about how quickly the new recruits had taken to the game and said a couple of them were in the starting lineup.

According to Fraser, the team has also reaped the rewards of having two state squad players in the side.

“Don (Veale) and Tim (Nuguid) are our linesmen and they’ve dramatically improved with their knowledge of footwork and the fundamentals,” he said.

Ben Lindsay will line up for the first time this Saturday, and said he has enjoyed the change from Australian rules football.

“I used to play ruck rover, and in gridiron I have the permanent position of running back, so the transfer to gridiron has been pretty smooth,” Lindsay said.

“I think I’ve become even fitter and the boys are great so I’m really excited about Saturday.”

“In Aussie rules you have to run all day, but in gridiron you do it in short bursts.

“For five to 10 seconds you give it 100 per cent, then you get a rest, so you have to be able to recover quickly.”

Lindsay said gridiron was more tactical than Australian football, and said the plays “took a while” to understand.

“Once you keep doing them over and over again though, you get to understand them and one day it just clicks,” he said.

For his first game, Lindsay said he hoped to play at his best and not drop the ball.

The game will be held at the Maryvale Recreation Reserve, Morwell, starting at 1.30pm.