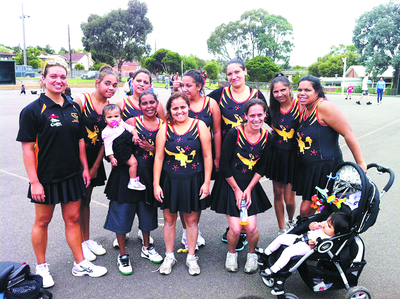 Participating in sport can be financially expensive for many people in the Latrobe Valley, according to a Victorian Aboriginal Education Association employee.

Naomi Murphy, who is also an Anglicare volunteer, said in particular, many people in the Koorie community are financially disadvantaged and find it difficult to join a club.

“Joining a club or a gym costs a lot of money, and many people in our community don’t work,” Murphy said.

“For Koorie women in particular, another big problem is body image, so they often find it hard to go to a gym or exercise publicly.”

According to Murphy, the situation is a “catch 22” because obesity related diseases such as diabetes are significant problems within the Koorie community, because were embarrassed by their weight they were not getting out in public.

“The other thing with gyms and sporting clubs is that you have to get there – if you’re not working and you don’t have a car, it’s very hard to rely on public transport to get to things,” Murphy said.

“It’s not just the physical side either; if you have low self-esteem and you’re sitting at home, it doesn’t help your mental health.”

Murphy believed that ultimately members of the Koorie community needed to get out and exercise with the general community, but she said small steps were the best way forward.

Recently, Murphy started a Koorie women’s-only zumba class at Kommall Hall in Morwell, which she said was a great success.

“Everyone who came wanted more – everyone was so relaxed and had a great time” she said.

“Another great thing about it was that not only was it free, but women could bring their kids so they didn’t have to worry about finding babysitters.”

Murphy has also been running dance classes for girls aged 10 to 18 years, and recently they performed at the Koorie Pride Festival in Melbourne.

However, according to indigenous sport development officer Peter Mongta, interest in sporting participation among the Korrie community is at its highest point in years.

“It’s really positive at the moment, we’ve got more people than we have in a long time who are keen to get out and exercise,” Mongta said.

Earlier in the year, Gippsland hosted its inaugural Koorie Football/Netball Carnival which Mongta said was an “incredible success”.

“We’re already in the stages of planning the next carnival and looking to include more teams next year,” he said.

Murphy was also happy with the outcome of the carnival, with one team of netballers wanting to join a regular competition.

“I’m trying to find a league for them at the moment,” Murphy said.

“They’re really keen to get into something permanently, which is great.”

For more information on Koorie health and fitness, phone Peter Mongta on 5174 7308.