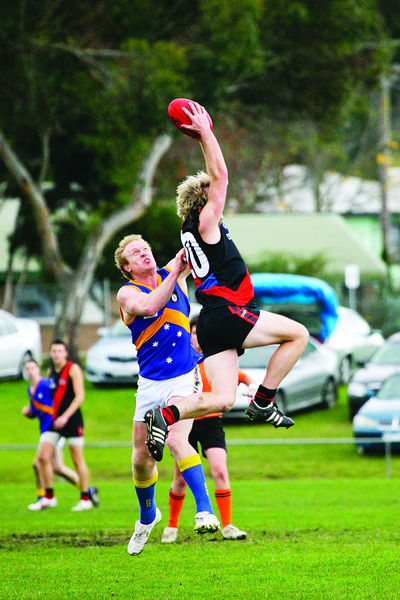 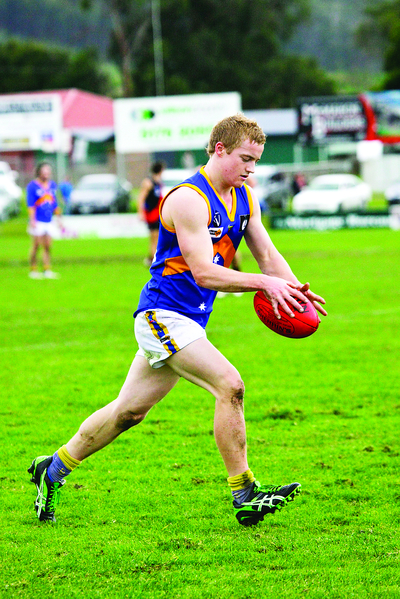 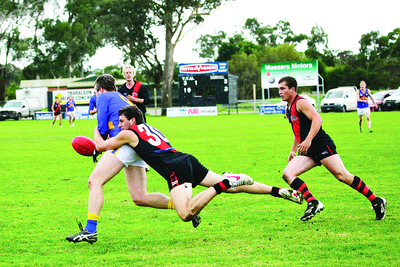 TRARALGON Tyers United coach Daniel Hawking has steered the Bombers to a 40-point victory against his former side Churchill in North Gippsland football.

The match was evenly placed in the first quarter, with the Bombers going into the first change with a 14-point lead.

The Cougars outscored the home side in the second term, bringing the margin back to under two kicks.

With the game in the balance, the Bombers exploded out of the blocks in the third quarter, putting the Cougars 33 points behind at the final changes of the ends.

TTU’s momentum continued and by the final break the lead was out to 40 points.

Cody Brown was best on ground for the home side, ruckman Luke Middleton was valuable and Loprese was the pick of the goal kickers.

Heyfield is emerging as the dark horse of the North Gippsland competition.

The Kangaroos got off to the right start against Glengarry, their four-goal to one opening term creating a buffer which served them well for the remainder of the contest.

In the second term it was Glengarry’s Ryan Potters who inspired his teammates, leading them to out-score the visitors four-goals to two which saw them trailing by nine points at half time.

Heyfield’s Mat Godwin was instrumental in his side’s win and Dave Kelly had plenty of the ball dominating the contests with Jack Woodland a focal point in the forward 50.

The Magpies were well served by Josh Piper who booted five majors, with Ben Nicholson and Michael Lush also impressing.

Heyfield now finds itself on equal points with the Bombers and Magpies, while Churchill and Cowwarr are just one game behind.

TEN goals from Sale City’s Jacob Schuback in the opening half killed the contest, with the ladder leaders going on to kick the highest score of the season, 36.20 (236) to 3.4 (22).

Boasting 16 scoring shots to none in the opening quarter, Gormandale supporters knew it was going to be tough for their winless team as City looked to bounce back from its first loss of the season.

The Tigers responded in the second term booting three majors; however, it did little to City’s early lead as the Dogs kicked strongly to secure lead by 97-points at the half time.

Things did not improve for the Tigers, as City went on to boot 19 goals to nil in the second half.

Recalled to the senior line-up, Tom Wilson was a standout in a best on ground performance, Adam Walker and Josh Tollner were in match winning form with captain Beau Wilson a standout.

Schuback was the pick of the goal kickers finishing with 10, the key forward one of 14 individual goal scorers Jake Milham the next best with five.

Gormandale was well served by midfielder Chris Hodgens, Rob Voss made a welcome return to the line-up and worked tirelessly on the last line of defence, while Luke Francis stood up to boot two majors.

Led by Brad Caldwell’s six majors, the Blues started strongly and kicked away to a six-goal lead.

Dale Fleming continued his stellar start to the season with best on ground honours.

Rohan Diamond continued to show why he will be a future star for the Blues, while Jordon Aucote also impressed.

Midfielder Chris King got among the goals finishing with four, while Fleming made the most of his opportunities when running forward to add a further four to his season tally.

For the Wildcats coach Luke Anedda led from the front, while Ryan Foat gave another sold performance and Chris Whiteoak also impressed.

In his first match of the season, Cowwarr’s Chris Stasinowsky lit up the forward line with a six-goal haul as the Saints continued their march towards the top five.

The Saints had 10 goal kickers and led at every change after racing to a five goal lead at quarter time.

The margin blew out to 10 goals at half time.

The Bombers had no answers in the second half, as the Saints continued to dominate holding the visitors to one goal as they cruised to a 23.11 (149) to 4.3 (27) victory.

Cowwarr’s Shane Morgan was the standout player and Simon Ferguson produced another strong game, while Stasinowsky was a welcome addition to the forward structure.

John Burge with two goals was the Bomber’s only effective forward, while Ben Mielke and Michael McKay performed well.