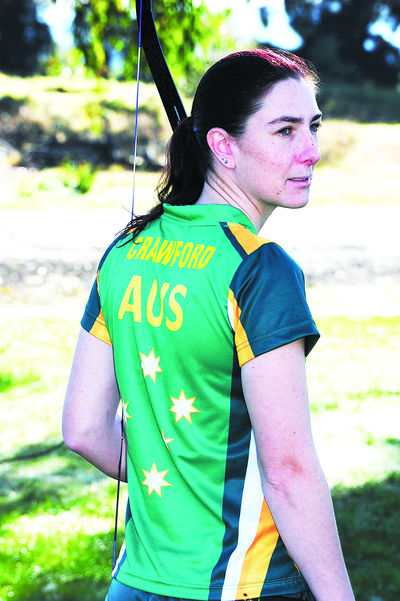 Morwell archer Samantha Crawford’s dream of representing Australia will come to fruition after some busy, yet successful months of fundraising.

In April, Crawford was named in the Australian team that will compete at the Field Archery World Championships in Val d’Isere, France next month.

The trip will also be her first time overseas.

So far Crawford has organised car boot sales, and has even “roped” a magician into performing at the Twin City Archers Club in two weeks.

“We’re hosting the state national indoor championships on the 21 July and I figured people might hang around after the shoot,” she said.

With “quite a bit” of the money raised, Crawford can now focus on her final preparations before leaving for France on 6 August.

“Recently we had an indoor shoot which I did just to do something different instead of looking at the same targets all the time,” she said.

“Normally I train around two hours per week but I’ve increased that to six at the moment…I’m also working on the exercise bike and the walking machine because we’ve got a lot of hill to climb (on the course).”

Over the weekend of 13 to 15 July, Crawford will be manning a stall at the Mid Valley Shopping Centre where a number of items will be raffled off, including a wipper snipper and shopping vouchers.

Crawford’s fundraising efforts have been so successful the club has put her in charge of fundraising for the club.

? For more information on the upcoming events or to make a donation, phone Sam Crawford on