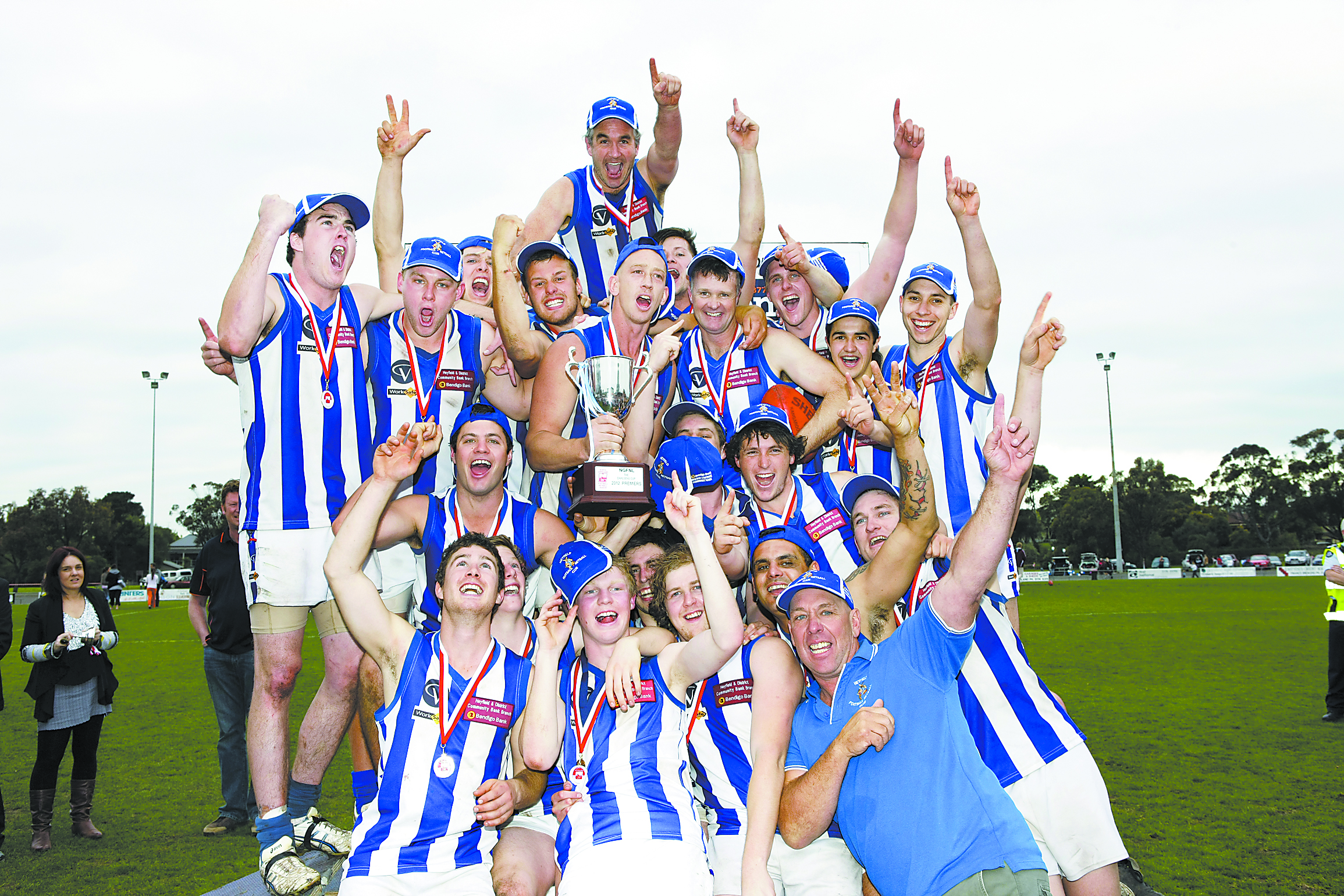 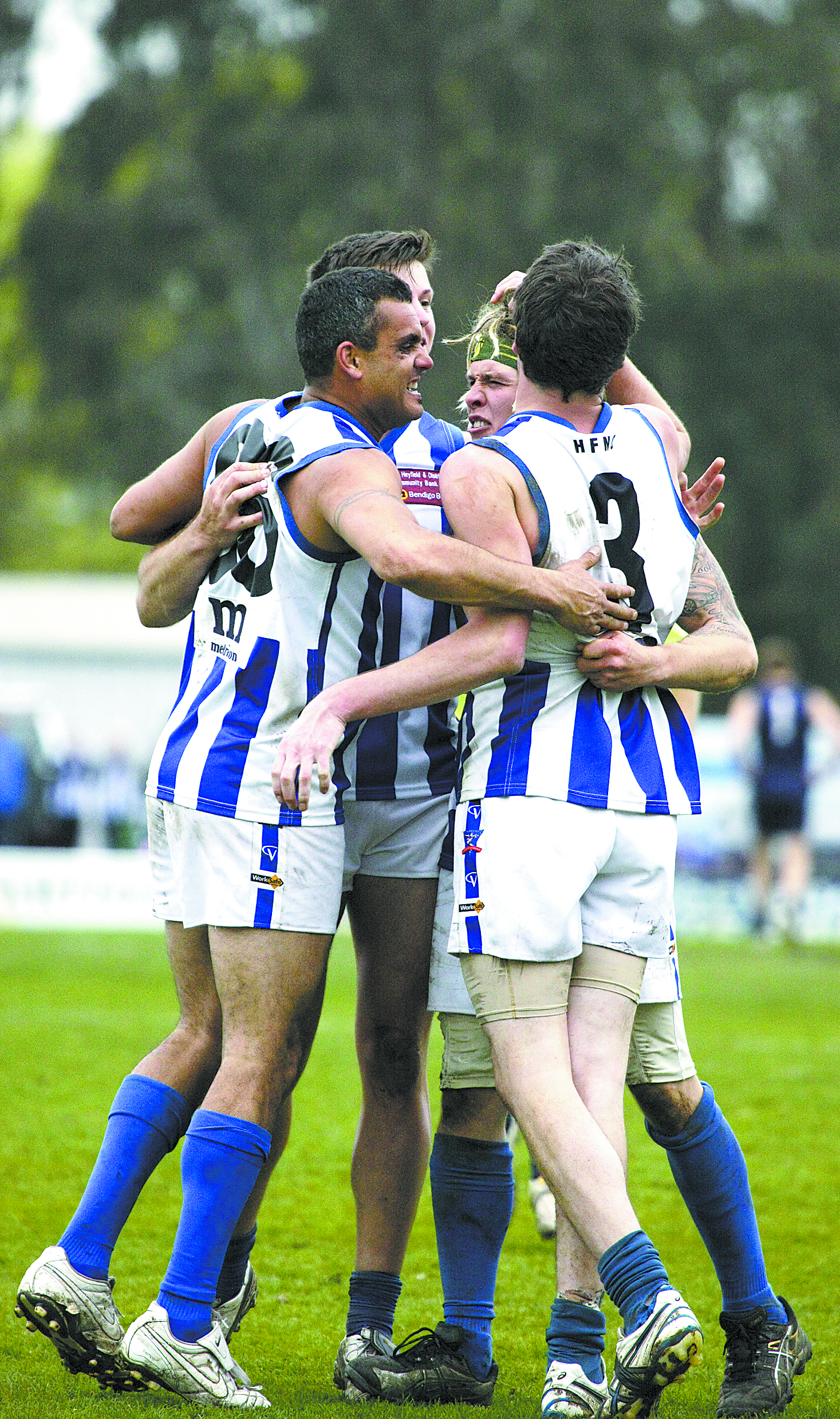 Dinsdale, one of the Kangaroos youngest players at 16 years of age, threw his body on the line and emerged from the bottom of packs to light up the forward line and midfield in a match-winning performance.

Heyfield won the game when it was in the balance in the final term booting 6.1 (37) to come from two goals down at the start of the fourth quarter.

Trailing by one point at the final change of ends the Blues fought hard to regain a 13-point lead as they bolted away in the early minutes of the final term, but it was not enough as the Kangaroos sealed consecutive majors and went about building an unassailable lead to claim their first win in four encounters against the Blues this year, 14.9 (93) to 10.15 (75).

The Kangaroos burst out of the blocks registering the first major through coach Adrian Cox, which was quickly followed by another in the opening minutes of the contest, before Rosedale responded through forward live-wire Ross McDermott.

Heyfield got the quick reply before McDermott was at it again, this time setting up teammate Brad Caldwell.

A centring kick by Heyfield’s Jesse Bedggood set up veteran Brett Szabo, however a 50 metre penalty for an indiscretion off the ball saw Bedggood slot through the Kangaroos’ fourth straight in a high scoring 20 minutes of play.

Moving the ball with speed the Blues gained momentum from half-back, drilling the ball into Flanigan who had his second for the term.

Flanigan was at it again as the battle against defender Stevens looked to sit in Flanigan’s favour and his third for the quarter handed the Blues a 10-point buffer.

The forward of the term kept the foot down with another ahead of the quarter-time siren.

Dale Fleming broke through five minutes into the second term with the first major to the Blues, as the ball then moved back and forward between the two half-back lines.

In a David and Goliath-style battle, the Kangaroos were hitting their opponent and the ball hard as they worked hard to contain Rosedale’s run and drive, which was shown in patches by its fleet-footed on-ball brigade of King, Emery and Darcy Murray.

Humphries’ shot at goal from outside 50 metres missed, as the Blues drew their lead out to 22 points.

The Kangaroos’ sole goal for the term came through Jesse Jackway as the Rosedale defence, led by Dom Keating and Jed Hickey, kept Heyfield’s forwards in check.

While they did not have the impact that they would have liked on the score board, Heyfield began to win a number of crucial contests around the ground as it looked to get back into the contest and take control.

Playing man-on-man at the contest the Kangaroos held the ball tight and shut down Rosedale’s run.

The premiership third term was exactly that, a match-winning 25 minutes of football which appeared to turn the game in Heyfield’s favour.

Squandering a number of opportunities in front of goal, Rosedale failed to score a major for the term registering five behinds in a tough quarter of football.

Rosedale’s McDermott missed the Blues opening shot at goal to start the second half, while Mitch Dowse drew the margin back to 11 points following his first major.

Cox started to make his mark on the game and the signs continued to shine in the Kangaroos favour when they found themselves one man up following the yellow carding of Rosedale’s Jeremy Reid.

Dinsdale only added to the Blues headaches when his major brought the margin back to four points.

Kanagroos defender Jordon McMillan worked hard to keep McDermott in check as he threatened to cause more damage in front of goal, but McMillian, Brown and Jesse Leeds worked tirelessly in the third term setting the Kangaroos up as they let little through the defensive 50.

But it was the Blues’ missed opportunities in front of goal that left the door ajar for the Kangaroos, who were not content to lay down.

Cox lifted his intensity, throwing his body around to come up with the ball time and time again.

The Dowse brothers and Dinsdale were ball magnets, with Brenton Dinsdale a standout as Heyfield began to dominate the play.

Chris King’s goal broke the tide of six straight behinds for the Blues to start the final quarter.

Working hard to keep the ball in the forward line, Fleming was rewarded a free kick and made no mistake sealing another as the margin blew out to 15 points.

Dinsdale wore down several players in a desperate passage of play, which saw Cox swoop on the ball and find Mitch Dowse who added another for the Kanagroos.

Jack Woodland levelled scores with this major, before Matt Bedggood put the underdogs in front.

Rosedale responded when Flanigan outmuscled his opponent Brown, to again level scores as the clock counted down.

A strong kick and placement by the Kangaroos midfielder found Jesse Bedggood whose shot at goal just cleared the reach of the Blues’ defenders on the goal line.

Jesse Jackway got the reply for Heyfield before Jesse Bedggood added another in a five minute purple patch for the Kangaroos which left the Blues flat-footed and wanting as they quickly found themselves three goals down.