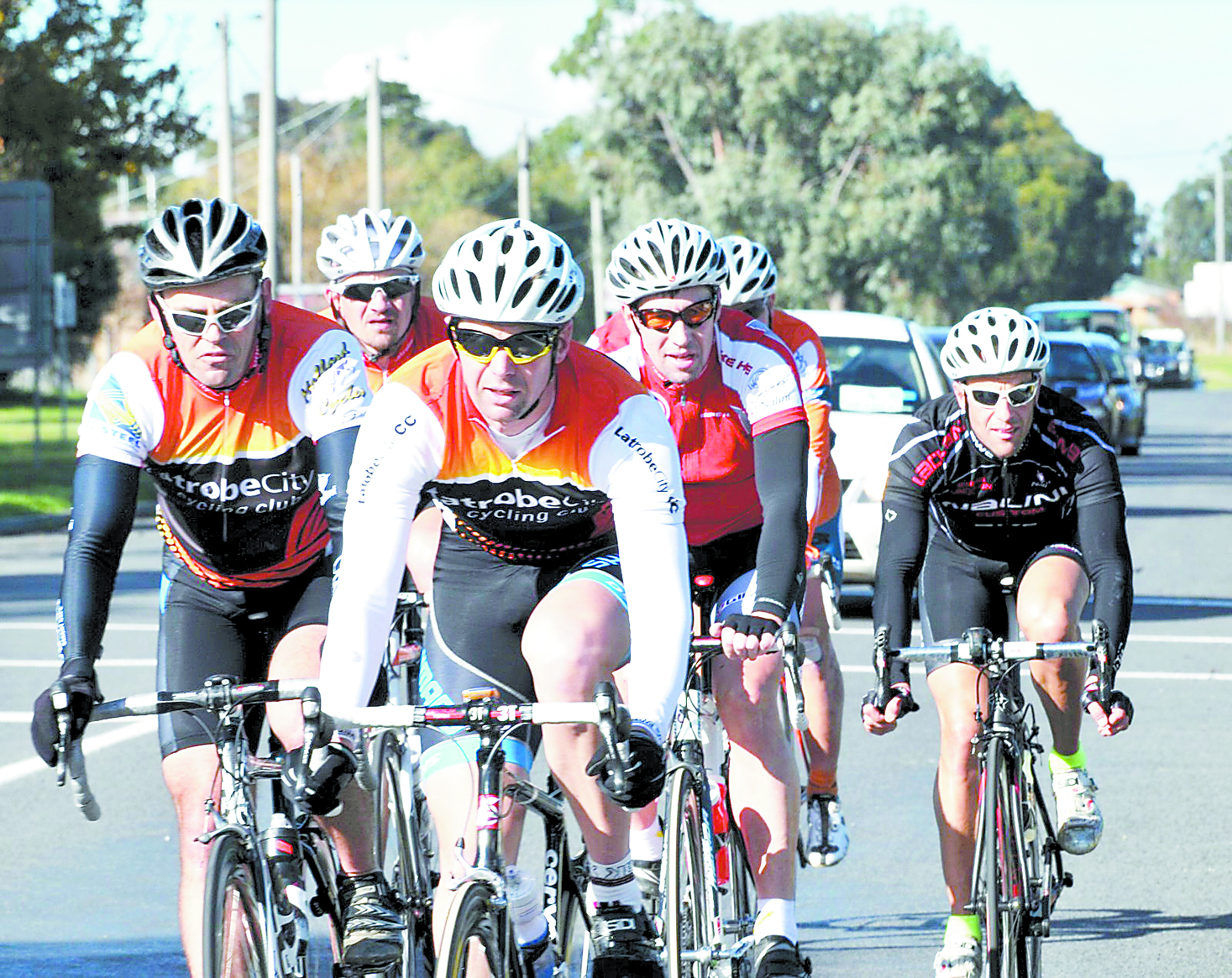 The Latrobe City Cycling Club’s 2012-13 racing season takes off on Sunday with the annual spring classic, the Grand Junction Hotel Morwell to Glenmaggie.

Known locally as the world handicap championships, the 65-kilometre road race starts from Latrobe Leisure Morwell, McDonald Street, at 10am and finishes on Weir Road, Glenmaggie.

Last year’s winner Garry Cotterill from the Wellington club and runner-up John Taylor from LCCC have both entered trying to go back-to-back, but it will be a difficult task with a record number of riders contesting the race.

The race will be followed by a barbecue and presentations for the winners, competitors and supporters.

The iconic race was first held in 1978 and has been won by some of the best cyclists to come out of Gippsland over the past 34 years.

The race originally began in Traralgon before the start line was moved to Morwell a few years later.

Steve Griffiths holds the race record for the original course which he set in October 1988, with a time of one hour and 29 minutes.

The record for the current course is 1.28.46 held by Warragul Cycling Club’s Shane Stiles, set in October 2006.

The club is expecting a record number of entries this year with a big influx of people taking up cycle racing within the region.

There will be a new entry system for riders this season to enter Latrobe City Cycling club’s three major events, namely the Morwell to Glenmaggie, Track Cycling Carnival in February and the Tour De River in March.

On Sunday, 14 October from 1pm to 4pm the club is holding a free junior come and try day at the track for juniors wanting to try track racing for the first time.

A senior come and try track day is set for the following Sunday, 21 October at the same times.

The annual Moe Bike Hub omnium track series begins on Monday, 17 December and will continue after the Christmas and New Year break, up to 18 February.

The club track championships will then take place over the next three Mondays excluding the Labour Day weekend in March.

The track season will come to close on Monday, 25 March with a 50-lap Madison teams race and barbecue.

The annual club track carnival will be held on Sunday, 10 February and on Sunday, 17 March the Gippsland Track Championships will be hosted by the club at the Bob Whitford track.

Catering for new riders and current members, racing grades will be A, B, C and D racing over various times and distances on the 850 metre circuit.

In November racing on Wednesday evenings moves out to the Hazelwood Pondage until the end of February before returning to the Deca complex when the club criterium championships will be held.

The club will try a new innovation for members by running races once a month over summer on Saturday afternoons in a bid to get more members racing the longer road events.

These events will be held in Yinnar and Willow Grove with the club hoping to attract riders from nearby clubs.

There will still be some events at the conclusion of daylight savings on the weekends, particularly the club championship races with some scratch races that will carry prize money for competitives.

More information about the club, how to join and upcoming races can be found on the club website at