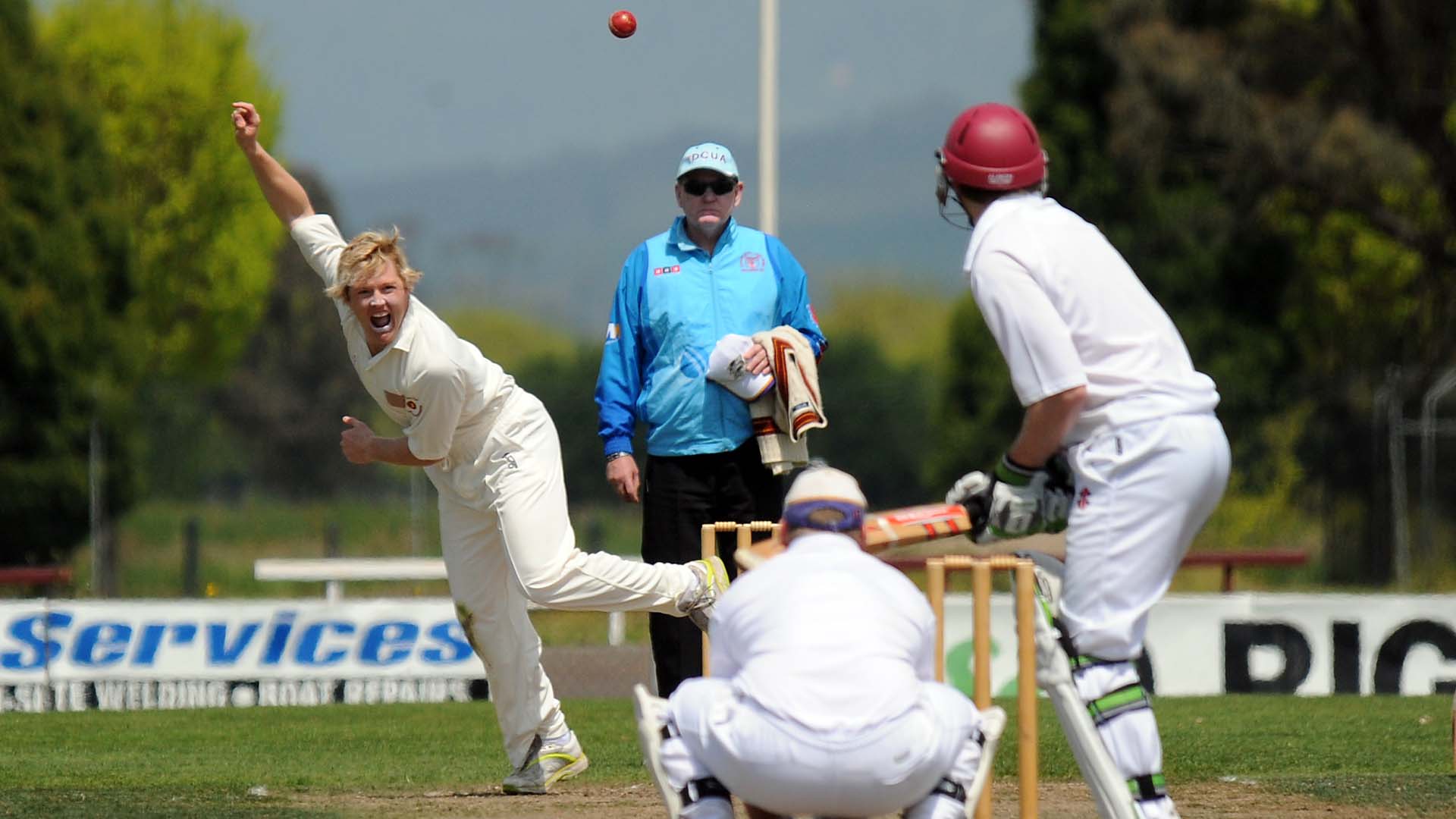 THE third round of Traralgon and District Cricket Association competition finally saw a full day’s play, in which some outstanding individual performances dictated results.

THE TDCA match of the round between Ex Students and Centrals turned into a one-sided demolition  with the Sharks devouring a hapless Centrals side.

Batting first Centrals were routed for a paltry 42 runs.

Michael Warne turned the game on its head as Centrals went from none for 25 to be all out for 42.

Warne was the star with 7/15 in which he bowled five batsmen, and snared a leg before wicket and a stumping.

Marc Fenech with 5/45 was the best bowler for Centrals.

With 25 overs to bat  Centrals were sent back in and are teetering at 4/60; still 60 runs   from  making the Sharks bat again.

CATS won the toss and batted but got off to a shocker when Jack Moore went for a duck.

A 65 run stand between Dan Nicholls (52) and Jack Marshall (31) got CATS moving in the right direction.

Brett Chapman made a handy 49 as CATS were bowled out for 165.

Leigh Jensen was the star with the ball for Raiders with 5/36, while Brad Knowles chipped in with 3/22.

After facing 13 overs Raiders are precariously placed at 2/25.

Run maker Jason Macfarlane was out for naught and Chris Stanlake made eight.

Traralgon West  batted first and their woes with the willow continued as they were bundled out for 73.

Luke Phillips with 35 was best for West.

In reply Toongabbie is cruising to victory at 3/59.

Imperials won the toss and batted and were travelling nicely at none for 22.

Adam Bermingham played some great shots in his 26, but only Hayden Owen bettered him with 32 as Imps were out for 104 off 54 overs.

The Tigers had 26 overs to bat and were in trouble early with both openers back in the shed with the score on eight.

However, from then on it was goodnight Imps.

Kent Hammond looked threatening before he was deceived by Brad Sizeland for a punishing 27.

In an incredible display of batting captain Adrian Burgiel, celebrating the birth of a new daughter, took over Stoddart Park and in the blink of an eye scored a whirlwind  96 not out, while Trav Switzer made 32 as the Tigers finished the day 4/173 off 26.

This game was tipped to be the closest one of the round and it looks to be going down to the wire.

Batting first Churchill made 132 with Paul Metlikovec top scoring with 44.

In reply Rovers are 5/97  with captain Simon Duff leading the way with 33.

Nathan Dunstone is 16 not out and Rovers need 35 to claim their first win in three years.