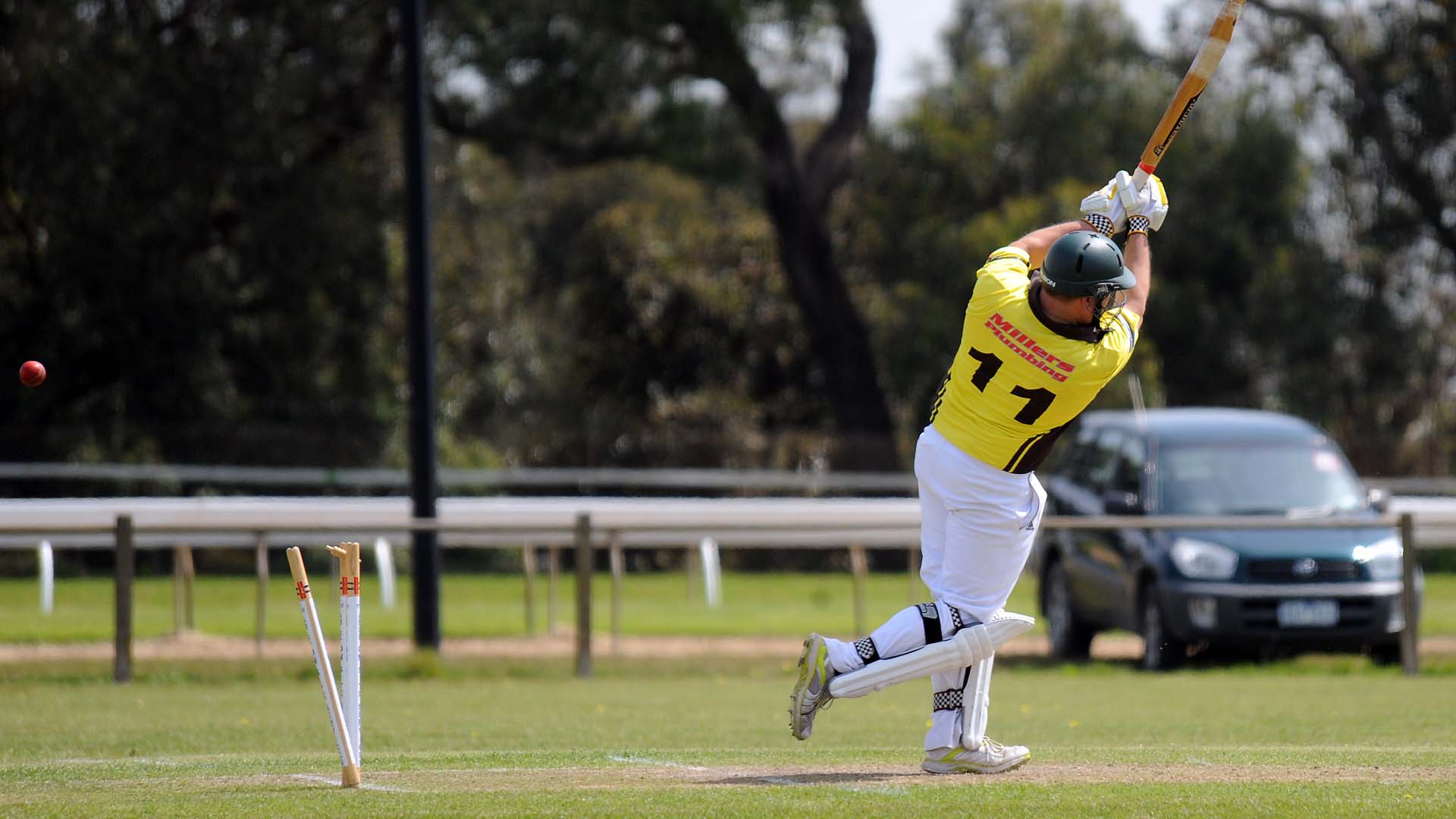 Morwell started its season on a positive note with a 30-run win over last year’s premiers Moe in Central Gippsland Cricket Association’s first full round of play.

Newcomer Sam Bhaumick made an impressive 37 for the Tigers and Brendan Brincat was given a life in his 20s to go on to make 43.

Aaron Walshe caused a late order collapse for the Tigers taking 4/7 from 3.2 overs.

Moe captain Andrew Philip put on the gloves for the first time to take three catches and two stumpings and did not concede a bye.

Brincat was also impressive with the ball taking 3/14 from nine and Mark Cukier snared 3/20 off his 10.

Paul Cake was Moe’s top scorer with 34 while Philip contributed 25 and Rob Phoenix 15.

At one stage Moe were cruising at 1/73 but lost their last nine wickets for 37.

Latrobe’s Kaushik Aphale arrived in Australia late last week and showed the trip had not affected him as he plundered a century against Mirboo North.

Needing nine runs off the last over of the day, Aphale hit a six then brought up his century with a back foot shot over cover and pushed the last ball of the over off Shane Peters Banks for the winning single.

With opener Daniel Siddle, who made 66, the pair put on 135 for the second wicket before Chris Anders had him caught at the wicket off Dale Banks.

Liam Smit was the best of the Mirboo North bowlers taking 1/19 while Victorian Country Cricket League under 23 squad member Dylan Leys conceded 38 off his 10 overs in his first grade debut.

Last season Leys played for Jeeralang Boolarra in second grade and was spotted bowling in a side net at Traralgon last week by VCCL selectors who added him to their squad. Shane Peters (39), Jimmy Grande (33) and Chris Anders (22) were the only Mirboo North bats to reach double figures.

Yallourn North opened their season with a 54 run win over Newborough Bulldogs.

Both sides used their full allocation of 45 overs with the Bombers batting first to score 9/184.

Jeremy Butler carried his bat for 37 and Luke Nelson top scored with 41 while Darren Wilkie made a handy 25 at 11.

Newborough used eight bowlers and six of them took wickets.

The Bulldogs saw out their 45 overs but could not get the runs required.

Bombers’ Lucas Fry took a wicket in his first over and gave his side a sniff of getting 10 wickets when he dismissed Troy Oakley and Brendan Hutchison to make Newborough 7/109.

Lachlan Hardy and Mark Whitney with an unbeaten 21 run ninth wicket partnership batted out the rest of the overs.

Nathan Simpson top scored with 45 when he came in at four and was out when Tyler Brown took a catch off Darren Wilkie for 45.

Latrobe scored the first outright win of the season when they crushed Willow Grove by an innings and 101 runs in second grade.

Willow Grove in their first dig started disastrously as the first four bats failed to trouble the scorers.

Anthony De Leonardis took 5/15 with Brierly and Paul Dawson two wickets each in the 13.5 over innings. Taking advantage of a new rule the Sharks sent Willow Grove into bat for a second time and dismissed them for 48 off 27 overs.

While all games are one dayers the new rule allows a maximum of 90 overs to be bowled on each day’s play in all senior grades.

Hazelwood North’s first taste of second grade cricket was soured by Matt Snell who smashed 145 after being dropped on 20.

Josh Taylor made 34 and shared a 116 run partnership with Snell.

Ross Johnson took 4/39 for the Razorbacks.

Mirboo North did not take advantage of the new rule and could have batted for 17 overs in their second innings.

St Vincents were in trouble a few months ago but have rallied and started the season with wins in both grades.

Against Yallourn North Andy Blair did the damage taking 5/13 to have the Bombers all out for 77.

The Saints passed that score with five wickets down and the Bombers second dig saw them reach 5/63 off 16 with Michael O’Brien taking 3/3 from three. Craig Blackberry starred in Jeeralang Boolarra Panthers win over Moe.

Opening the batting he made 58 before veteran Frank Manducci had him caught by Troy Carpenter.

He then took the ball and off 9.1 overs finished with a match winning 5/32.

Latrobe had a win over Hazelwood North by 21 runs and took the last five wickets for 11 batting with 10 players in third grade.

The Razorbacks were cruising at 4/93 with Chris Harmer in control on 61.

When he was caught by Michael Smith off John Scurlock the innings fell apart.

Moe under 15 player Jai Massese helped his side to a win over Mirboo North. Massese took 4/12 and finished with an unbeaten eight.

Glen Hebbard steered St Vincents to a 73 run win over Mirboo North and Nathan Jenkins took 5/10 for the Saints.