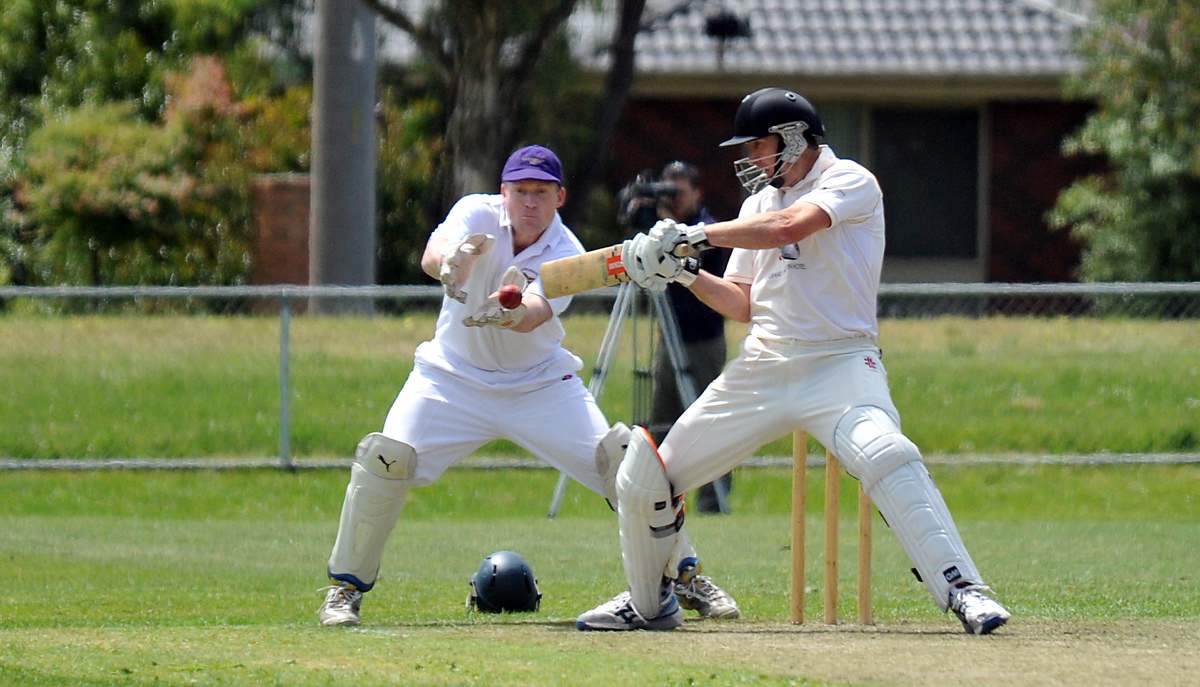 THE Traralgon and District Cricket Association match of the fourth round between Gormandale and Ex Students had all the making of a great game  with both sides jostling for ascendency throughout the first day.

The Tigers won the toss and batted but were in immediate trouble as Kade Joske was caught at second slip for seven, with the score at 29.

Grantley Switzer then fell for 13.

Kent Hammond and Adrian Burgiel shared a 47-run partnership before Hammond went for 20.

Burgiel again dictated to the bowling side as he and Travis Switzer looked likely to take the game away from the Sharks before Switzer fell for 28.

Shaun Barbour was run out in a close call for 13 leaving the Tigers 5/172.

Students gained the ascendency with the big wicket of Burgiel for a well made 80.

The Tigers were subsequently bowled out for 207.

Rob Voss took the last four wickets to finish with 5/51.

With 31 overs to bat on day one Ex Students made a brilliant start.

Barney Webber hit the ball to all corners to compile a brilliant 77 not out,  while captain Lee Stockdale survived a loud shout for leg before wicket first ball and is looking comfortable on 38 not out.

The Sharks are 1/126 and cruising to a win and clear premiership favouritism after four rounds.

IMPS won the toss and batted and would be pleased with their total of 6/292 at stumps.

The star of the show was Danny Hegarty who batted beautifully to make a brilliant 134 not out.

Hegarty returned to Traralgon last week and hit form at the right time.

Harry Warwick made 41 and Hayden Owen 42.

AT Glengarry CATS batted first and was in trouble at 3/31 before Brett Chapman (59) and Stan Grazotis (33) got it back in the game.

Davin Charleston batted well to reach 54 not out as CATS amassed 7/203.

Stevie Wright was Glengarry’s best bowler with 4/39 off 21.

RAIDERS lost the toss and was sent into bat by Centrals, which was on top from the start to dismiss the home team for a lowly 110.

Fifteen year-old Matt Dyke made his highest A grade score with 45 and Chris Stanlake with 28 were best for Raiders.

In reply Centrals just fell short of a day one win as it finished on 4/106.

Mark Rawson contributed a healthy 41, Jamie Hall got 22, while Dean Rode is 22 not out.

CHURCHILL, batting first against Traralgon West, set the bar with a total of 211.

Ryan Wilk wielded the willow well to top score with 65.

Ben McQuillen chipped in with a handy 46, captain John Keighran (22) and Ryan Harvey (22) were best for the Cobras.