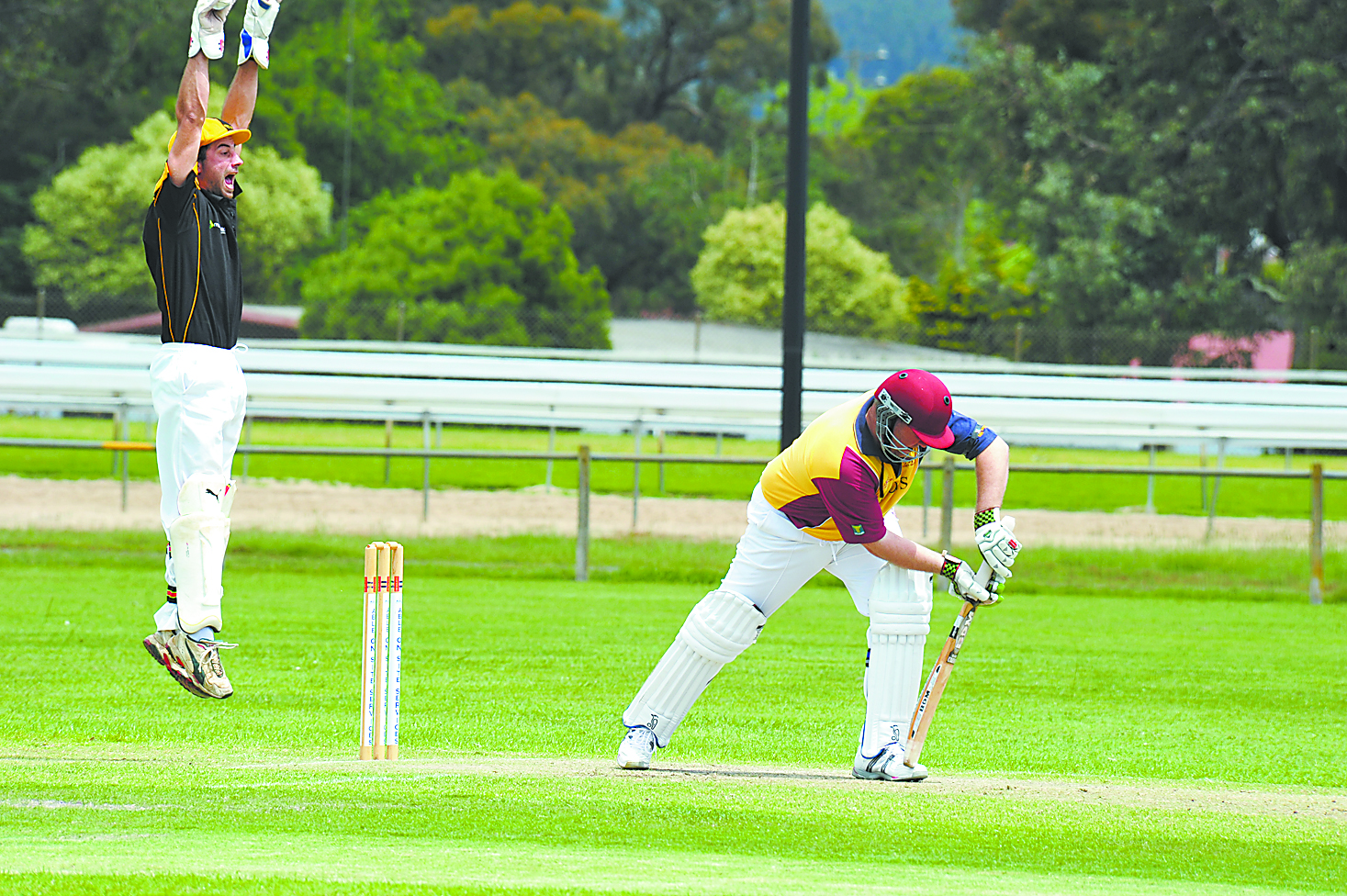 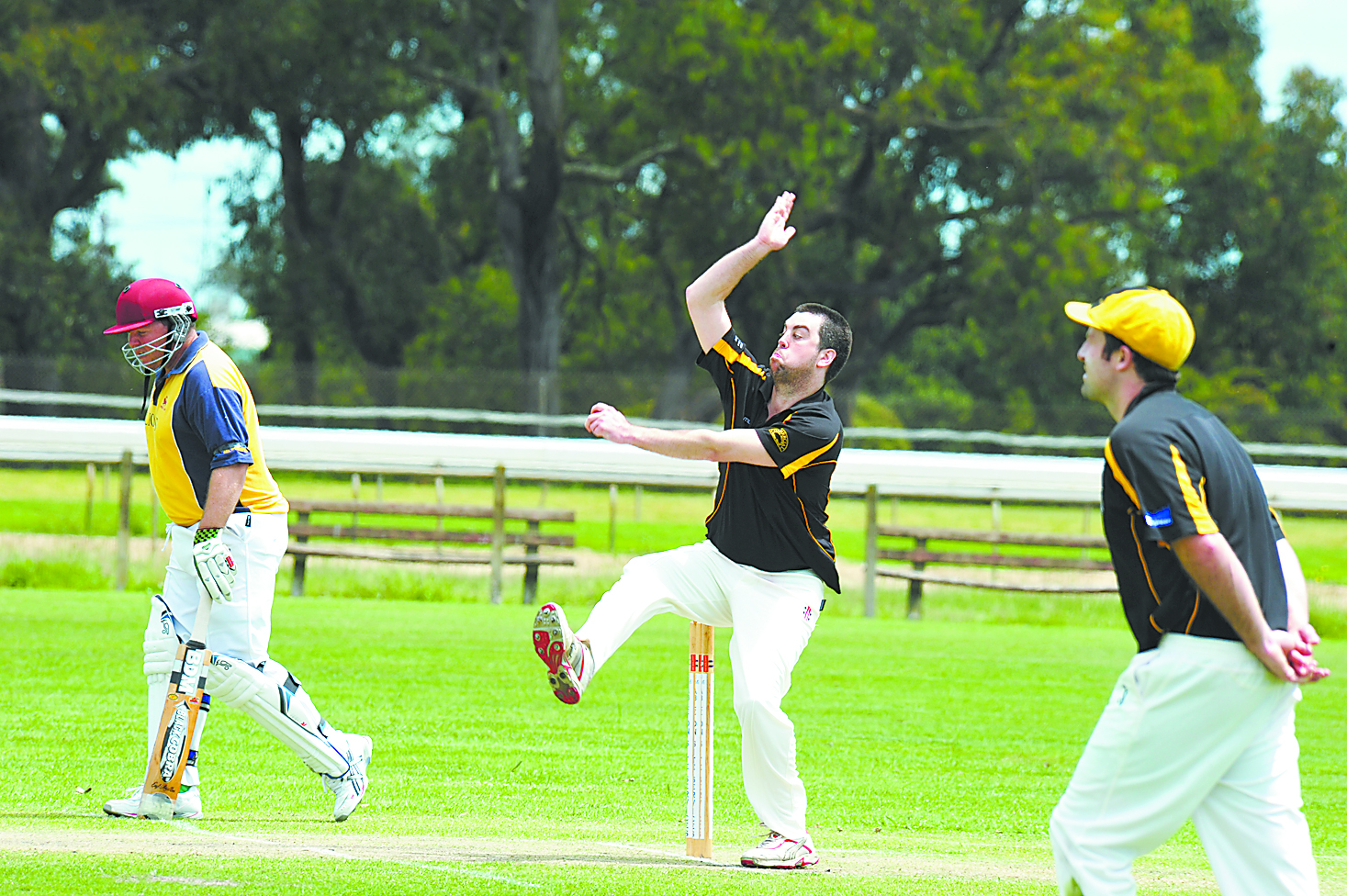 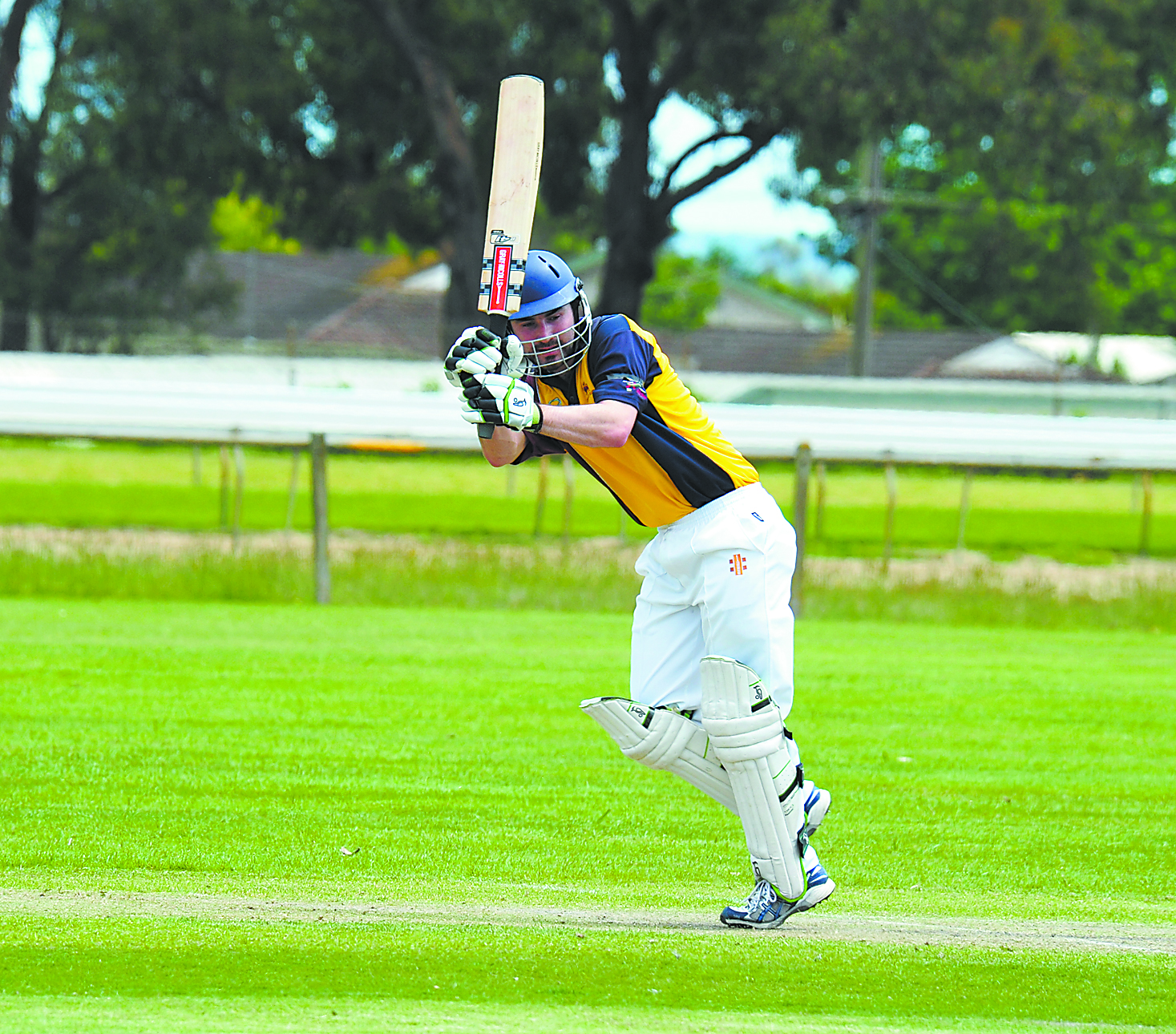 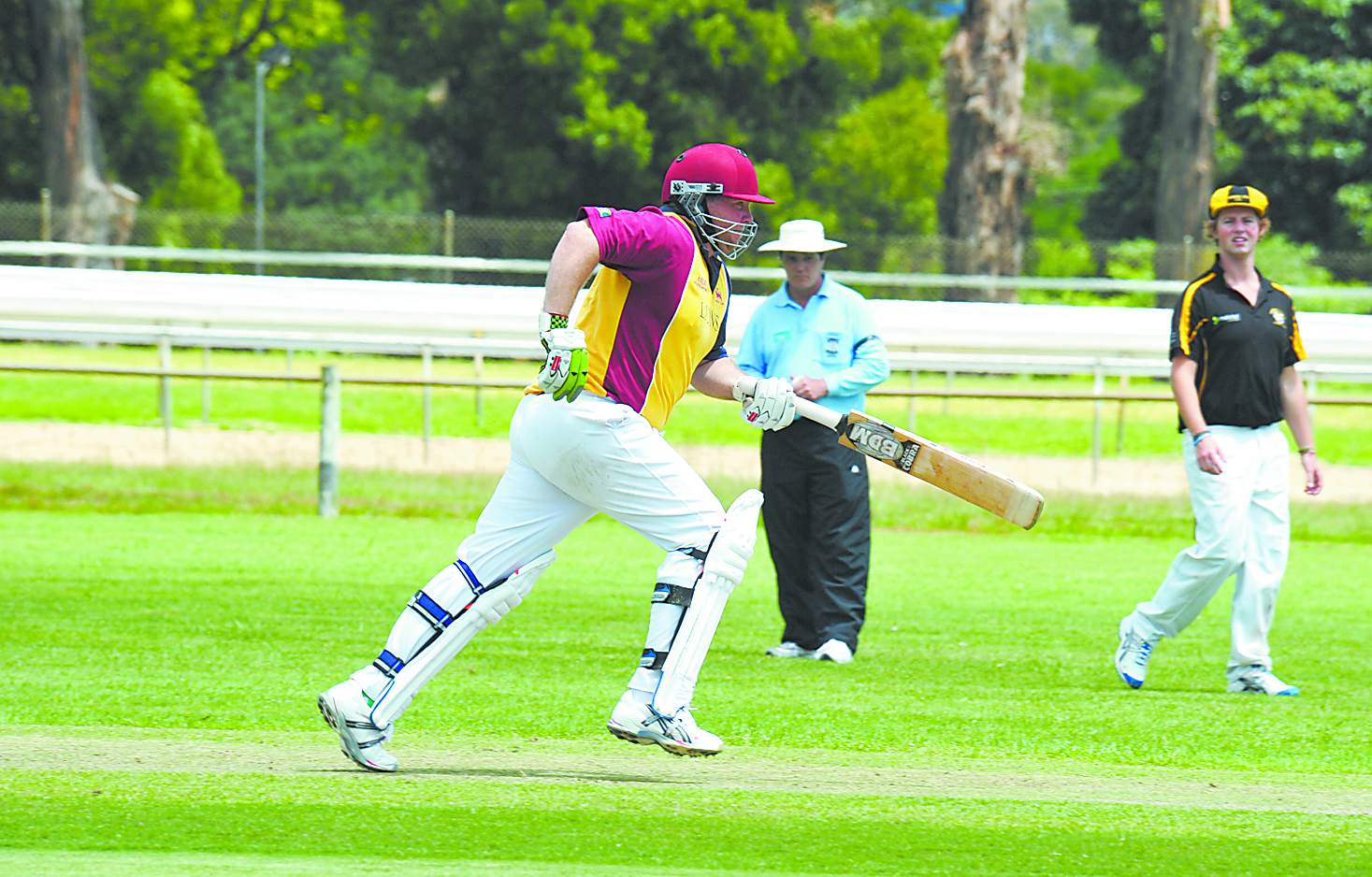 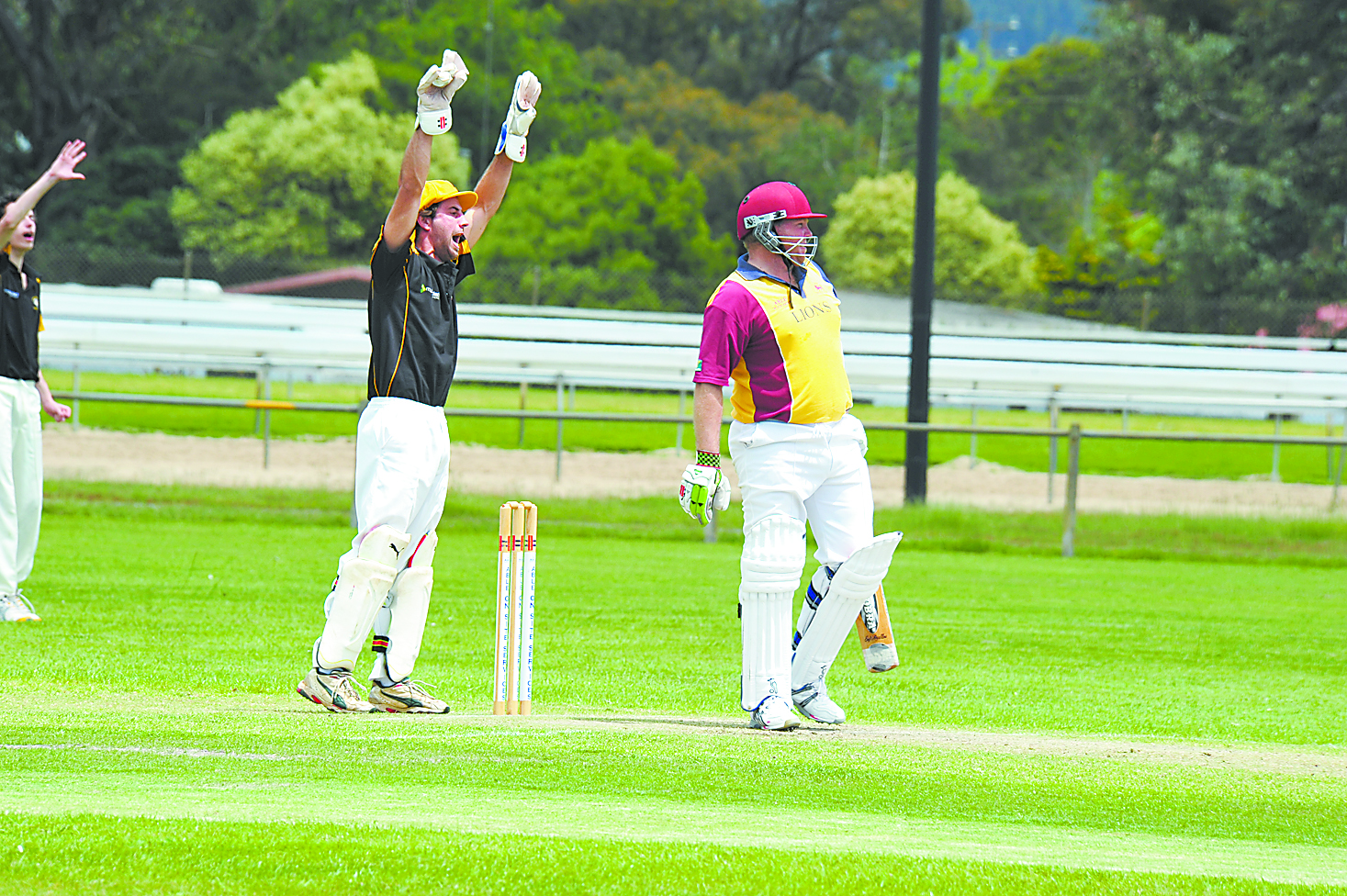 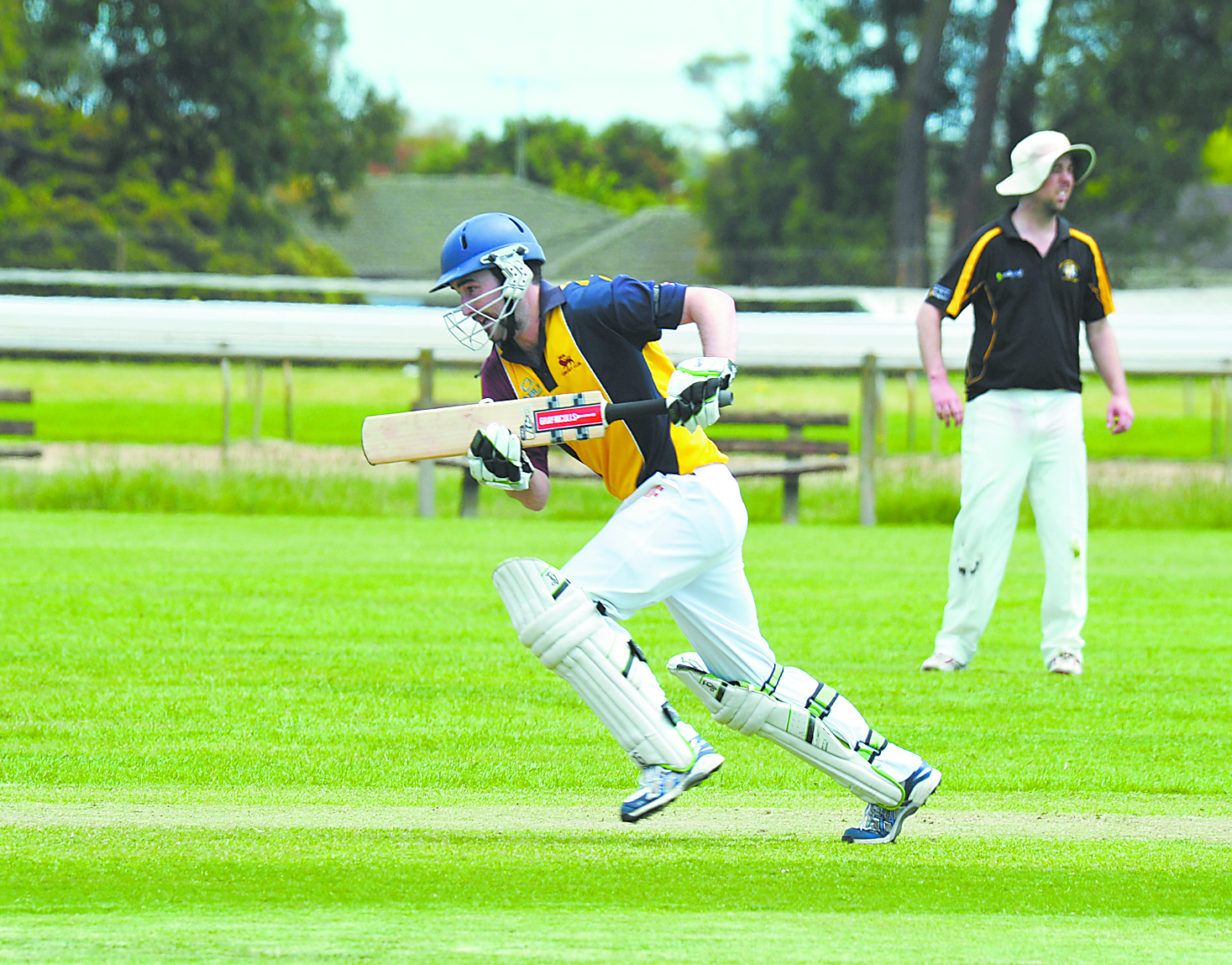 NEW leader in the EnergyAustralia Yallourn Cup Latrobe cemented a place in the one-day final with an impressive 57 run win over arch rivals Morwell on Saturday.

Batting first the Sharks were looking comfortable at 1/101 until Sam Bhaumick and Rob Semmler took four quick wickets to have the home side reeling at 5/110.

After losing Justin Vajler for 24, Kaushik Aphale and Rob McKinley put on 68 before they were removed; Anthony Bloomfield soon followed.

Morwell looked like gaining the upper hand but the innings was steadied by Ash Halkett (20) and Matt Brewer (27*) who took the score from 6/125 to 180.

The Tigers were let down by 27 extras through wides and no balls.

Morwell started the chase shakily until Blake Mills (31) and Craig Giddens (46) put on 71 for the fifth wicket.

Aphale and James Brierley then combined to get rid of the two danger men.

Bloomfield cleaned up the tail for the Sharks taking 4/16 off seven and Morwell lost their last five wickets for six runs.

Sent in to bat the Lions made a good start with Paul Cake (17) and Dale Walshe (69) posting a 58 run opening partnership.

Walshe was joined by Andrew Philip (58) and the pair put on 84 before Dale Banks made the breakthrough dismissing Walsh.

Banks was responsible for Rob Phoenix being run out for one but Jayden Mathison and Ben Jackson stayed together to amass 181.

YALLOURN North was sent into bat by Trafalgar who was strengthened by the return of their captain Rhys Holdsworth.

Josh Keyhoe and Glen Sheekey got the Bombers off to a great start with an 89 run opening partnership before Sheekey was caught at the wicket by Brendan Dawson off Daniel Heathcote for 35.

Trafalgar struck again when Luke Nelson was trapped in front by Heathcote without scoring.

Evan Sheekey and Keyhoe put on 27 before Keyhoe went and the Bombers lost three quick wickets to slump to 5/119.

Sheekey and Ryan Nelson rescued the Bombers who were 8/165 after 45 overs with Heathcote taking 3/35 and Klay Butler 3/38 while Brendan Dawson took two catches and effected two stumpings.

Darren Wilkie took the first four wickets to fall to finish with 4/13 from 10 and Lucas Fry conceded just 20 runs off his 10.

At 4/28 the Ships looked to be in trouble but Butler and Dawson took the score to 81 before another three wickets fell at the same score.

Holdsworth steadied the innings with his first bat of the season to finish with an unbeaten 26 as the Ships reached 8/112 after 45 overs.

SENIOR players Peter Grima, Sean Spiteri and Chris Johnson were welcome returns for Moe who proved too strong for Morwell in second grade.

Grima made 31 and took 3/31 while Johnson, who starred in Moe’s first grade premiership last season, eased himself back into the competition taking 1/3 off five overs.

Rob Straughair top scored with 68 for the Lions in their 31 run win.

Rawson won a close game against Jeeralang/Boolarra after being set 129 for victory.

Phil Allen was the Panthers’ dominant bat making an unbeaten 52 and Wayne Fleming took 2/14 from 10. In reply Alex Sword (69) teamed with Wayne Fleming (32) to get their team across the line in a tight contest.

Trafalgar scored their first win of the season with a 20 run win over Willow Grove with Christian Burgess the star with 47 and 4/29.

In a real family affair the highlight of this match was Blair Clymo’s duel with his mother Simone and her sister Megan.

The 10 year-old had his aunt caught behind by Scott Moorhouse for one and mother Simone made a duck.

The Saints had four bats get a start but could only manage 9/146 off their 45.

Yallourn North with half centuries to Brendan Rooney (52) and Elliott De Carli (58) beat Hazelwood North 234 to 135. Brendan Mason took 5/47 and Dave Morrison made 51.