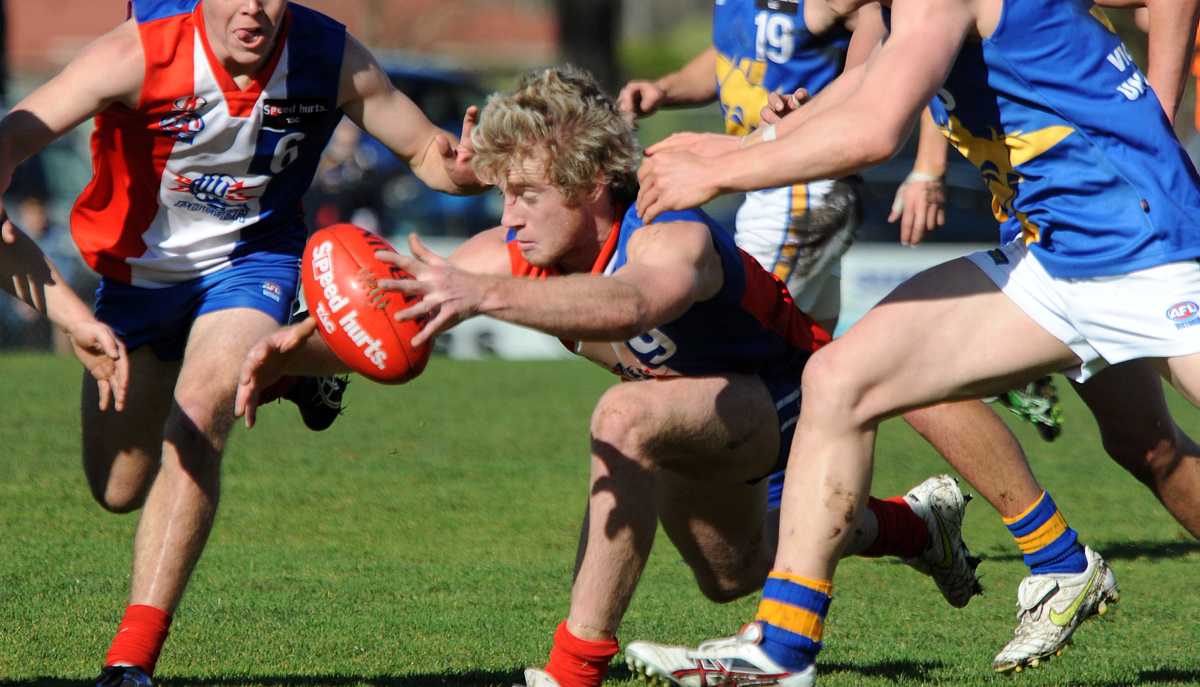 IN keeping with his distinctive palm tree tattoo, 2012 Gippsland Power captain Tim Membrey is destined for a change of scenery after being drafted to Australian Football League team the Sydney Swans last Thursday.

The Power forward was expected to be snapped up as a first round pick, but slid to 46 much to the delight of the reigning AFL premiers.

At 190 centimetres and boasting a golden right boot, Membrey is ready made for the AFL, according to a Power spokesperson, who tipped the 18 year-old to play 10 first grade matches next season.

Membrey’s teammate and 2012 Morrish medallist Nick Graham was recruited by Carlton at 54 as the only other Power player selected in the draft.

Graham, who spent draft night with Membrey, said he was elated to be picked up by the Blues and will start training with the club on Wednesday.

“I’m just over the moon, it was pretty nervous times there,” Graham said.

“We were both getting a bit worried but I was lucky enough to get my name called out and I’m just stoked, I can’t really put into words the feeling.”

Graham, who is coming off minor knee surgery, said he may take some time to reach full speed, but vowed to give it his all in the quest for a first team spot come round one in March against Richmond.

With the senior team to return from Arizona next week, the midfielder said he was eager to latch on to a group leader and learn as much as possible from the experienced Blues brigade.

“It’s a big powerhouse club of the competition so you get to learn from the best in the likes of Mick Malthouse, Chris Judd and Mark Murphy,” he said.

“The friendships and knowledge you’ll gain from being at an AFL club will be huge.”

The Traralgon Tyers United junior averaged more than 25 disposals per game in the TAC Cup this season and was targeted by the Blues for his fitness and running game, according to Carlton national recruiting manager Shane Rogers.

After a successful season for the Gippsland Power, Graham said he was surprised not to see more of his teammates named in the draft.

“I thought we might have had four or five but you can’t really do much about it,” he said.

“I know those boys are pretty disappointed; I spoke to a few of them on the night but they’ll go away and train hard and come back fitter than ever and hopefully get their chance in the rookie (draft).”

Graham said he was excited to be playing in Melbourne and the selection was met with great enthusiasm by family and friends.

“They were just stoked that I got an opportunity; coming into draft night we didn’t really know what was going to happen so when I did get my name called out they were just as happy as I was,” he said.

“There’s no excuses now; (I’ll be) training every day and see how far I can take my ability.”

Membrey, who kicked 54 goals in the TAC cup this year, heads to Sydney today to begin training.