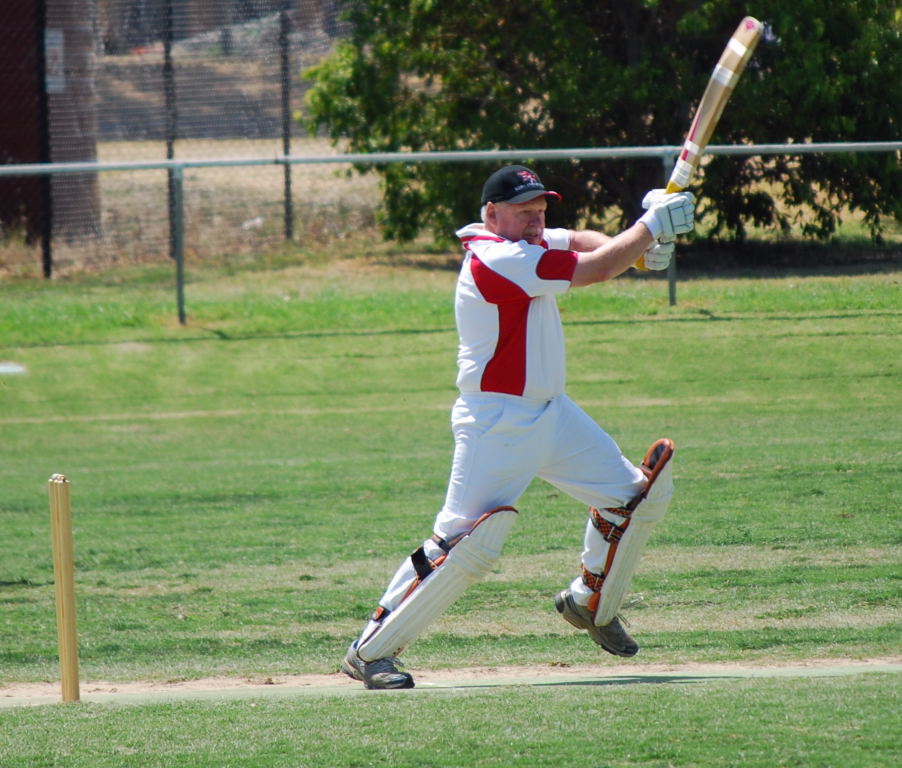 THE Gippsland Goannas over 60s cricket side notched its seventh win in as many games with a hard-fought victory against Bayside at Highett on Sunday, 20 January.

Batting first, Gippsland was in trouble at 3/32 early in its innings before a hard-hitting 37 from Kevin Lanigan, 41 retired from Goannas captain Val Popov and a steady 21 from Kelvin Bond restored the innings.

Graeme Freshwater took one wicket, a catch was taken by Ian Southall and a stumping effected by Ian Gibson.

The next game for the Goannas will be at Maffra on Sunday, 3 February, against the Australian Cricket Society.

Training continues at Glengarry on Wednesday nights at 5pm and Maffra on Thursdays at 6pm.