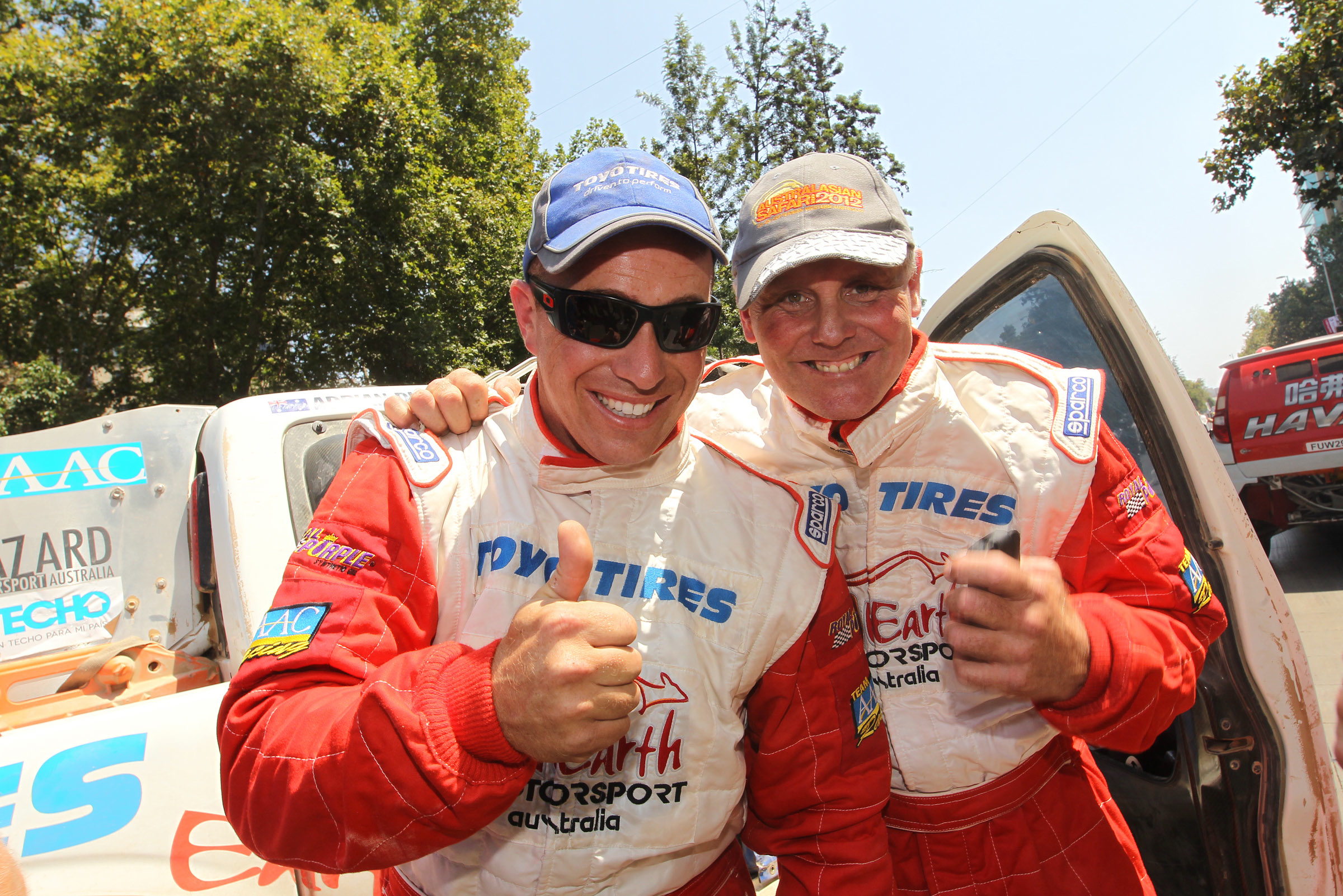 LAST month Steve Riley was rollicking along a rocky riverbed in the Andes, attempting to outrun an unexpected flash flood in an Isuzu D-MAX rally car.

Today he is back to milking cows in Leongatha.

The 50 year-old’s second Dakar experience was as eventful as the first, but this time he was better prepared for the mayhem of the two-week South American marathon.

“It was probably easier this time because I knew what to expect, and also we didn’t have as many mechanical problems,” Riley said.

“I spent a lot of time the first year fixing the car on the side of the track… this time it wasn’t so much doing that it was more getting through the day.”

That’s not to say the duo went without incident.

At one point the car lost its front left tyre at high speed on the rocks, and, most memorably for Riley, the team was nearly washed away during a 50-kilometre route along a ‘rio’ riverbed.

“All of a sudden cars started coming the other way… we could see there was a two metre wall of water coming down the river,” Riley said.

“It chased us back down the river; (they’re) things that you see on TV but then it was real life right in front of you.

“A few cars got swept away… they had to cancel half the stage.”

The omnipotent sand dunes littered throughout the Katacana Desert, the main setting for the rally, were another monolithic threat according to Riley, and on several occasions the veteran driver found himself sliding down sheer drops on the other side.

“I still can’t get over how big the sand dunes are, (they) go up to 2000 metres in Chile and Argentina, that’s almost the height of Mt Kosciusko,” he said.

“You go over a small dune and it can be a 60 to 80 foot drop on the other side, near vertical, and you have no idea until you poke your nose over.

“A lot of times we went over them and there’d be car or truck wreckages for 100m where they’d rolled down it.”

Despite the perils of the world’s premier rally, Riley and Di Lallo reached the finish line relatively unscathed, an achievement in itself given third of the field failed to do so.

Among the casualties was senior Isuzu teammate Bruce Garland, whose vehicle succumbed to a bad batch of fuel in the late stages of the race.

After returning home late last month, Riley said adjusting back to the daily grind was a challenge as great as the rally itself.

“It’s difficult… it’s great to be home but you’re sort of thinking of the next adventure,” he said.

Next on the agenda for Riley will be the Australasian Safari late this year, an event he has won three times. Further down the track the Leongatha local hopes to return to Dakar, next time as a driver in the modified VE Commodore utility he is currently building.

“Hopefully I get back to Dakar again, it’s basically the Olympics of what I do,” Riley said.

“I’m not sure how I’m going to get there, but everything starts with a plan and an idea.”