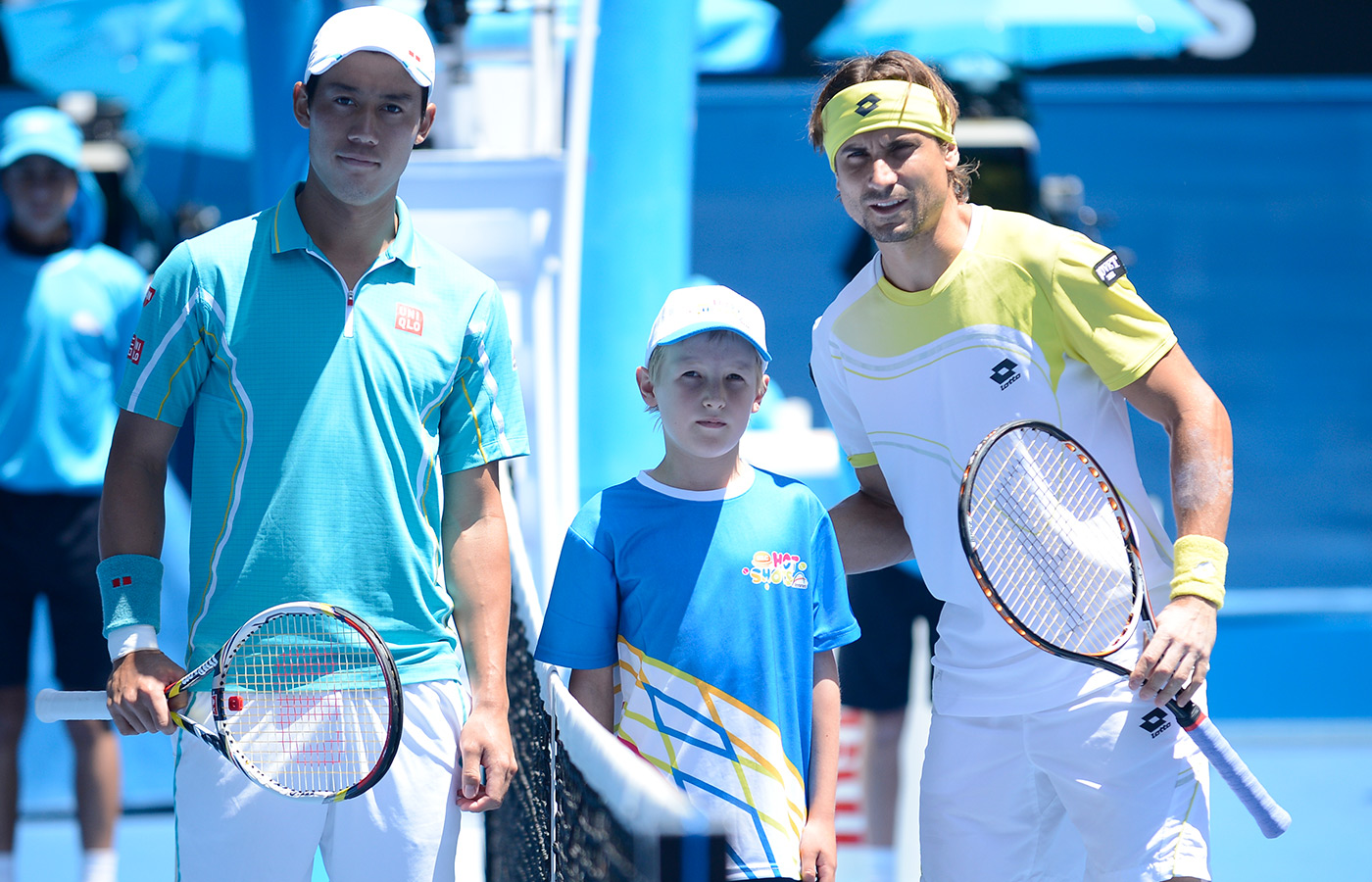 WHEN Traralgon’s Damien Hough walked out onto centre court at Rod Laver Arena for an Australian Open tennis match last month, he was met with a dull roar from a large crowd.

They were there to cheer on David Ferrer and Kei Nishikori in the round of 16 clash, but 10 year-old Damien hopes one day they will be lining the stands to see him play.

The talented junior was in attendance to toss the coin for the match, a privilege Damien earned by receiving the Hewitt Award for “competitiveness and hard work” in Tennis Australia’s 2012 Super 10s competition.

Damien said the once-in-a-lifetime opportunity was one to remember, particularly given Ferrer was one of his favourite players.

“It was a great experience going out there and meeting the two players,” he said.

“Nishikori didn’t say much and David Ferrer was really nice.”

Not only did Damien get his moment on centre court, he also had a chance to have a hit on showcourt two with his Super 10 teammates, a side Damien was chosen in from a pool of players aged 10 and under from across Victoria.

The team of four boys competed in a five-week tournament at Dendy Park, Melbourne, where a panel, including Pat Cash’s former coach Ian Barclay, deemed Damien a worthy recipient of the Hewitt Award.

The accolade was just one of several highlights for Damien in 2012, a year in which he claimed a string of 10 and under titles, including the invitational Tennis Victoria Junior Development Series.

Damien also played in Tennis Victoria’s Junior Pennant competition, representing Berwick and district in the 10 and under age group.

In November’s final the exceptional youth helped his team to victory against Bayside by winning both his singles and doubles rubbers. With two tennis playing brothers Damien comes from a strong tennis lineage.

“We have a court at home so sometimes we’ll go out and hit on that,” Damien said.

While he said his older brother David was probably the best of the boys, Damien reckoned he might be able to take him on a couple of years down the track.