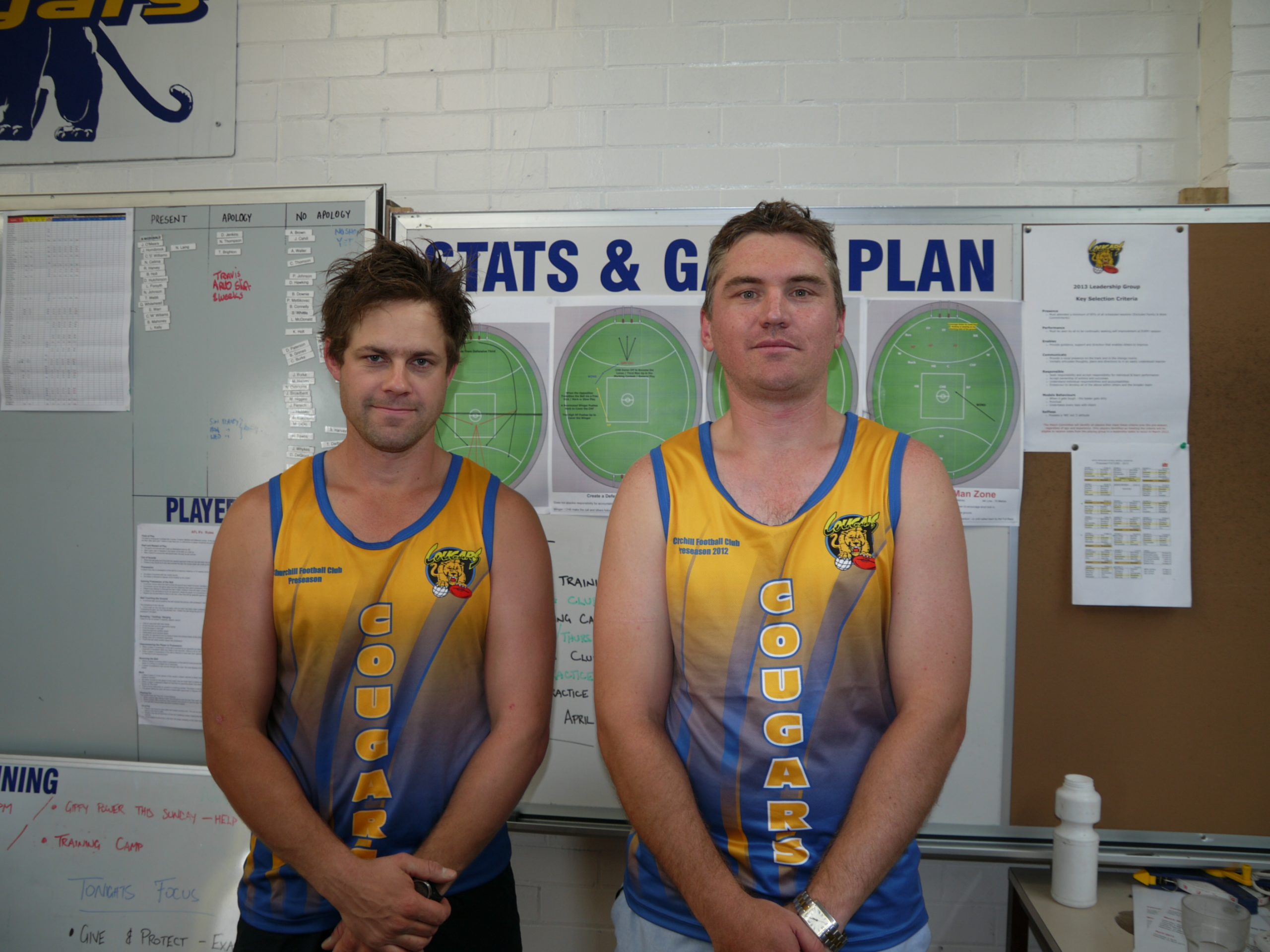 TWO head coaches are better than one.

That is the philosophy at Churchill Football Netball Club this year, with dual senior coaches appointed for the 2013 football season.

Tim Darby has been joined at the helm by former Churchill premiership player Leigh McDonald after a Gippsland League coaching stint at Wonthaggi.

The former teammates have combined in the wake of the club’s worst ever North Gippsland Football League result last year, following the success of the co-coach approach in the Ovens and Murray league last season.

McDonald’s role is primarily to act as a “players’ coach”, focused on one-on-one work, while Darby will provide the overarching strategic vision for the team.

“Tim’s real strength is to oversee the whole structure and make sure we’re working on the structures and game plan,” McDonald said.

“My primary role would be to make sure the group individually is understanding what’s going on.”

The unorthodox move for country football has paid dividends already.

The club’s first intra-club trial was the best Darby has seen in his eight years of coaching in terms of “intent, purpose and implementation of game plan”, in line with the duo’s strategic vision.

“Although Tim has worked on it the past few years I think there’s even more of an emphasis now on thinking our way through games and not relying on our top six to win the game for us every week,” McDonald said.

“At North Gippsland level it’s probably a little more talent alone at the moment; a lot of the boys get by on that.

“At the higher level you’re forced to win games tactically; your game plans and your structures allow you to win at that level.”

Churchill will be bolstered by a brace of new recruits in 2013, including former Tyers coach Daniel Hawking, ex-Yinnar premiership player Brad Knowles and Brett Harvey from Morwell.

Scott Kelly has been the only significant loss to date, and although Corey Thomson has contemplated retirement he has been a presence at training.

Darby said the appointment of McDonald would allow him to increase his focus on his role as a player as well as coach.

“From my perspective there’s a lot of things you want to do as a coach but you just don’t get the time to do,” Darby said.

“You can tick a few boxes that you wouldn’t normally get to tick both as a group and as a player yourself (with another coach).

“There’s still things you need to be able to do as a player that maybe you sacrifice when you’re just coaching and you haven’t got that extra level of support there.”

Churchill will begin its North Gippsland campaign against Cowwarr at Gaskin Park on Saturday, 13 April.