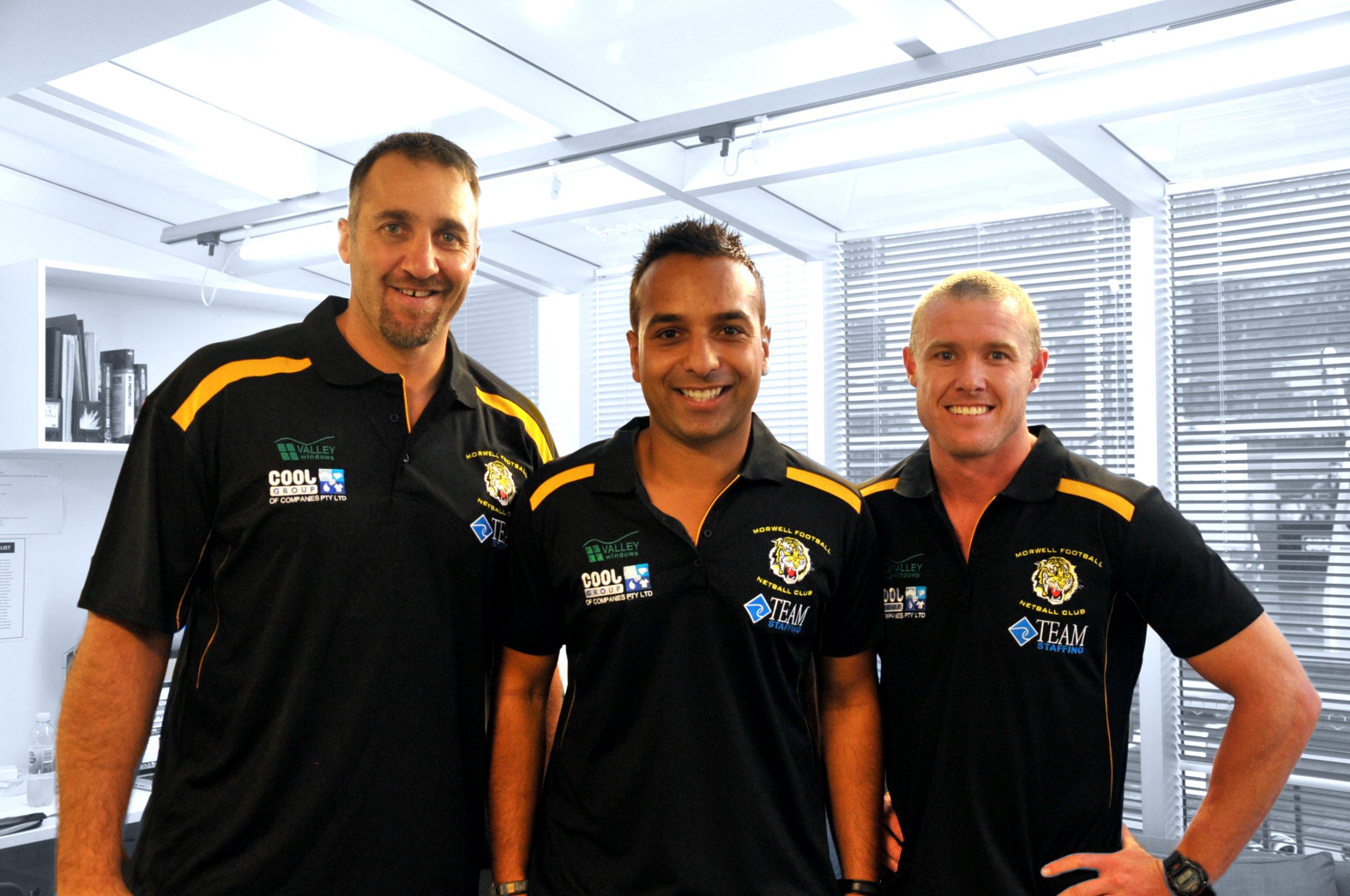 A FLOCK of Magpies will roost in Morwell this football season.

Former Collingwood AFL stars Anthony Rocca and Tarkyn Lockyer have signed with Morwell Football Netball Club for 2013, and unlike last year’s one off appearance by Jason Akermanis, the duo will be on hand all season.

In addition to coaching and mentor duties, the pair have been tentatively penned in for four to five playing appearances each, and should qualify for finals actions if the Tigers figure in September football.

Morwell coach Harmit Singh, whose contacts as Collingwood community engagement officer helped secure the coup, said the influence of two 200-game AFL players would be monumental for the Latrobe Valley club. “It’s great to be able to add two guys to our list that are not only going to have a massive impact to our club on the field but off it as well,” he said.

“I think the players will feel comfortable to be able to talk to them as well because they are around for the whole season.”

Lockyer’s first game for Morwell is set for a round four home fixture against Bairnsdale, while Rocca will be unleashed in the second half of the season.

At 32 years of age, Lockyer has retained his match fitness and will pose a formidable midfield threat.

Rocca will not be making many trips outside of the forward 50, but an average of five goals per game last season for West Preston-Lakeside in the Northern Football League suggests he has not lost his offensive sting.

Aside from their playing skills, Lockyer’s experience in VFL and AFL coaching roles and Rocca’s role as VFL development coach will be utilised.

“I’ll have two other coaches out on the ground when they’re playing,” Singh said.

“Pre-game some other ideas similar to AFL concepts might make it a bit easier for our guys, because if you play together as a team and all do your role you can beat anyone.”

Having secured the Collingwood alumists’ services relatively inexpensively, Singh said the financial benefit to the club would be significant, and believed their drawcard status would raise the profile of Gippsland football.

“Hopefully we can get some people who haven’t been to much footy in Gippsland to get to some games.

“It will be a bit of a buzz for opposition players (as well) or maybe a young kid who gets to play on Tarkyn or Anthony and hopefully they learn a bit from it as well.”

Both new recruits will feature in an AFL Superstars Footy Clinic, alongside former Gippsland Power coach Paul Hudson and several current Collingwood players, to be held Thursday, 4 April at the Morwell Recreation Reserve.

The cost is $80 per participant; for more information and to register visit