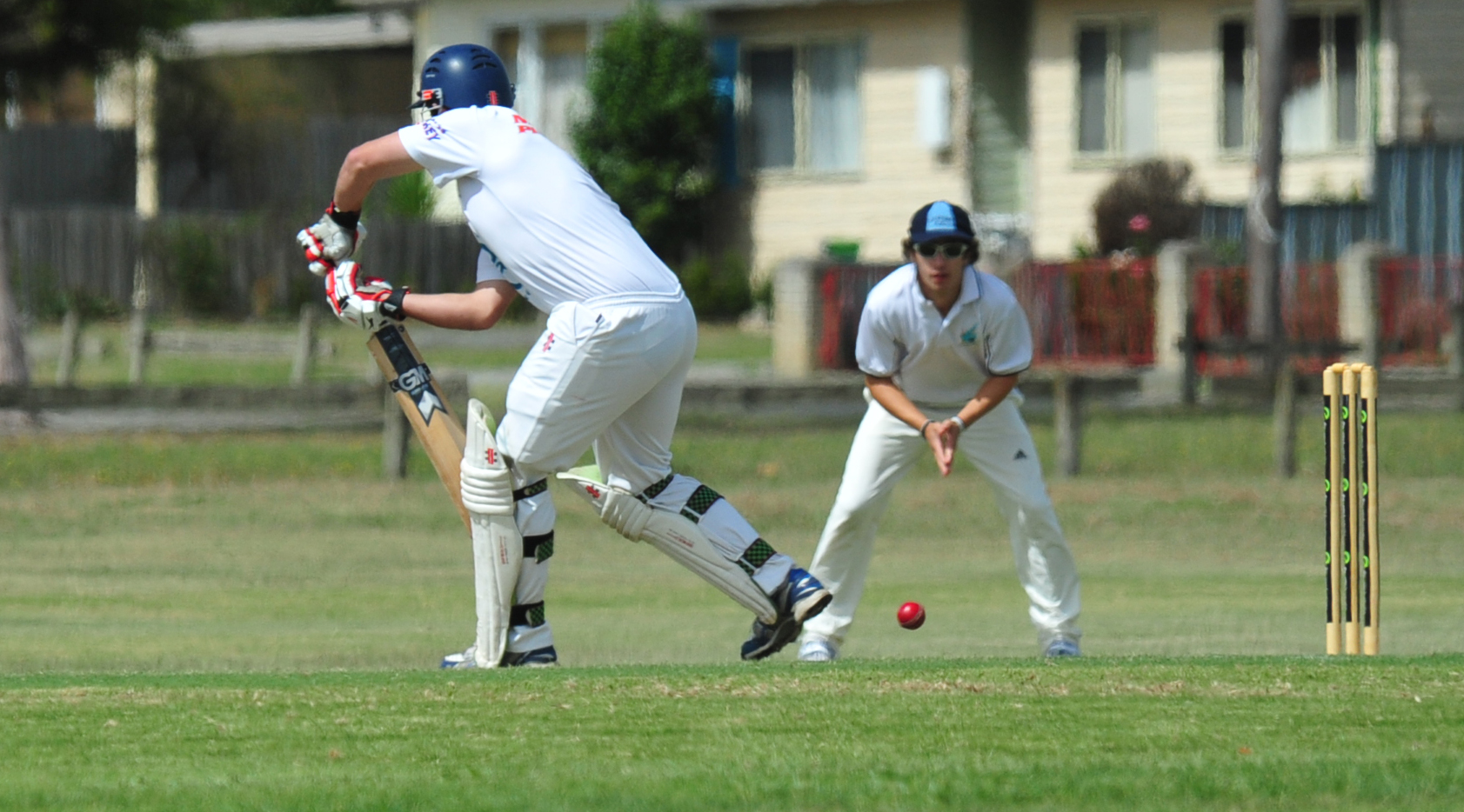 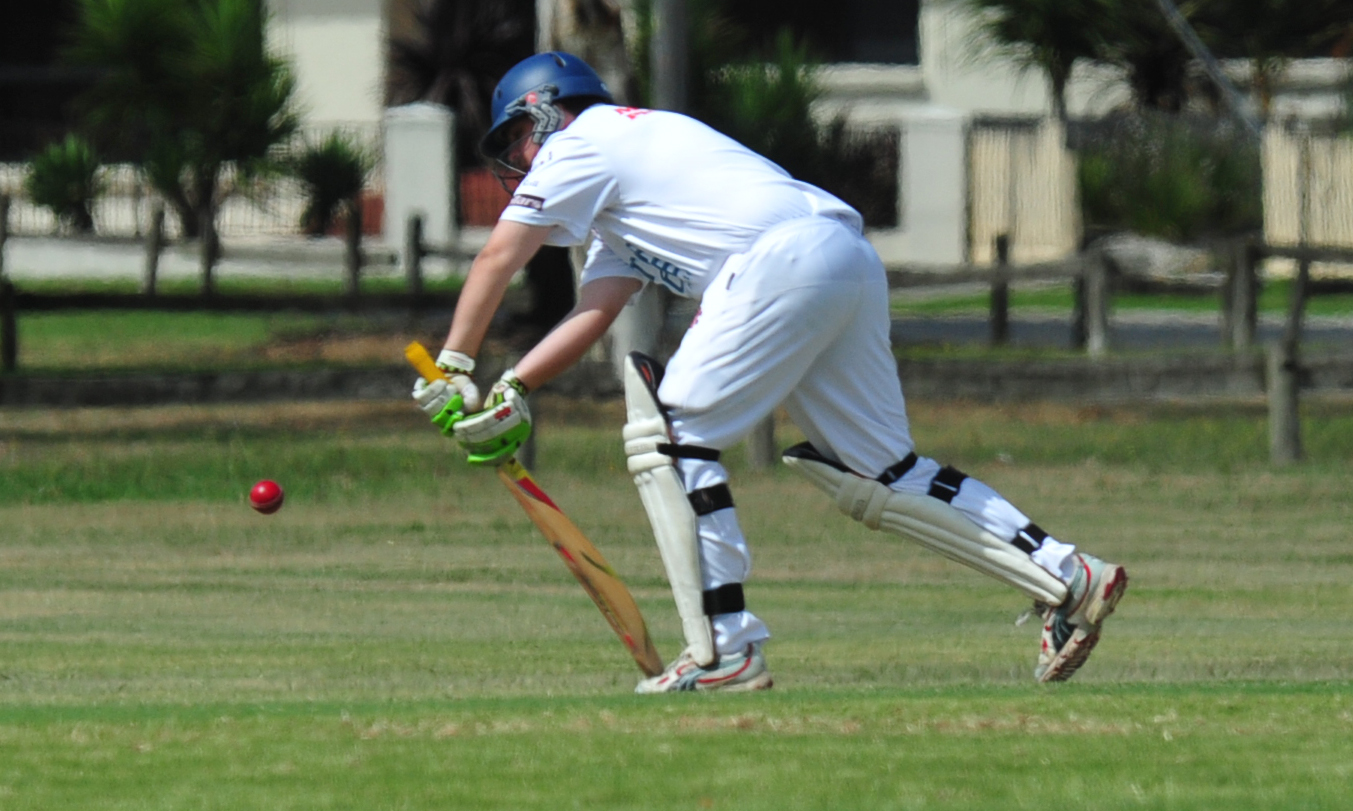 LATROBE and Moe will play off for the Energy Australia Yallourn Cup this weekend after the Sharks beat Morwell and the Lions crushed Mirboo North in Central Gippsland cricket.

Mirboo North was never in the hunt after rain washed out 70 overs of play on Saturday and the Lions batted their full complement of 100 overs to post 6/250.

Rob Phoenix and Andrew Philip resumed at 2/67 after 30 overs and took the score to 95 before Phoenix was out for 48.

Mirboo North took the new ball after 80 overs and had immediate success with the wickets of Peter Grima and Philip who top scored with 65.

Valuable contributions from Jayden Mathison (36*), Paul Cake (25) and Chris Johnson (21*) effectively put the game out of reach for the Tigers.

With 44 overs to face, the Tigers came out swinging.

Brett Pedlow (30) hit the normally economical Chris Johnson for two huge sixes and a couple of boundaries but once he went the Mirboo North batting fell away to be all out for 91.

Matt Clarke finally claimed his 900th senior CGCA wicket when he had Jimmy Watson caught behind and finished with 3/15 from six.

Moe was without Tom Long who played a practice match with Casey Scorpions and may not be available for the grand final next week.

Morwell resumed at 8/124 after 60 overs on Saturday and Pat Farrant and Rob McKinley bowled Tim Dowe and Brandon McDonald respectively for ducks.

Their wickets saw Morwell all out for 131 with Jesse Giardina not out 13.

Chasing 132 for victory, Latrobe did not have it all their own way.

The Tigers made an early breakthrough when Ian Kennedy was caught by Francis off Brendan Brincat for nine.

Daniel Siddle was Brincat’s second wicket when he was stumped by Giardina for one with the score at 28.

Dowe and Craig Giddens kept Morwell in the game with the wickets of Kris Wells (16), Anthony Bloomfield (10) and the big scalp of Kaushik Aphale for 15.

When Justin Vajler went for a duck the score was 6/79 but McKinley (43*) in his final game for the Sharks teamed with Farrant (20*) to put on a match winning 54 run partnership.

RAIN ruined any chance Jeeralang Boolarra and Moe had of beating Mirboo North and St Vincents in their respective second grade elimination finals.

Rawson was expected to play off in next week’s grand final against Latrobe but was comprehensively beaten by eight wickets against Mirboo North.

Losing leading run scorer for the season Alex Sword was a major blow; he was bowled by Andrew Yarnton for a duck.

Paul George was unavailable and Wayne Fleming was the only bat to reach double figures with 18.

Brendan van Huerck attacked the bowling from the start but was out when Wayne Fleming had him caught by Jacob Baker.

Latrobe crushed St Vincents for 56 after making 9/188 after their 50 overs.

Matt Brewer (40) and Tim Cranwell (34) were the main run scorers for the Sharks.

The Saints were in dire straits in the chase at 7/27 and fell for 56 with Ben Duffy making 22.

LATROBE cruised into the third grade grand final with an eight wicket win over St Vincents.

Batting first the Saints were dismissed for 77 with Jon Hayes (4/24) and Steve Grover (3/6) the wreckers.

Dean Burridge made short work of the run chase scoring an unbeaten 59 in 10 overs.

Peter Mooney (6) and Burridge shared an opening partnership of 69 before Mooney was caught by Dave Izzard off Nathan Jenkins.

Shane Vallance followed soon after for a duck but Steve Grover (8*) and Burridge reached the target together.

Moe Blues were 0/90 chasing Newborough Bulldogs’ 143 and had the game under control when the rain arrived.

Batting first the Bulldogs were never comfortable and a 53 run fifth wicket partnership between veterans Brendan Hutchison (44) and Michael Kelly (31) looked like getting the innings back on track, but when they were dismissed the side collapsed for 143.

Luke Mulqueen took four catches to go with bowling figures of 1/25 from seven while Craig Veenman took 4/35 and Steve Rennie 3/24 from 10.

Gary Clerks and Simon Robinson attacked the bowling and after 15.2 overs had 90 runs on the board before the rain stopped further play.