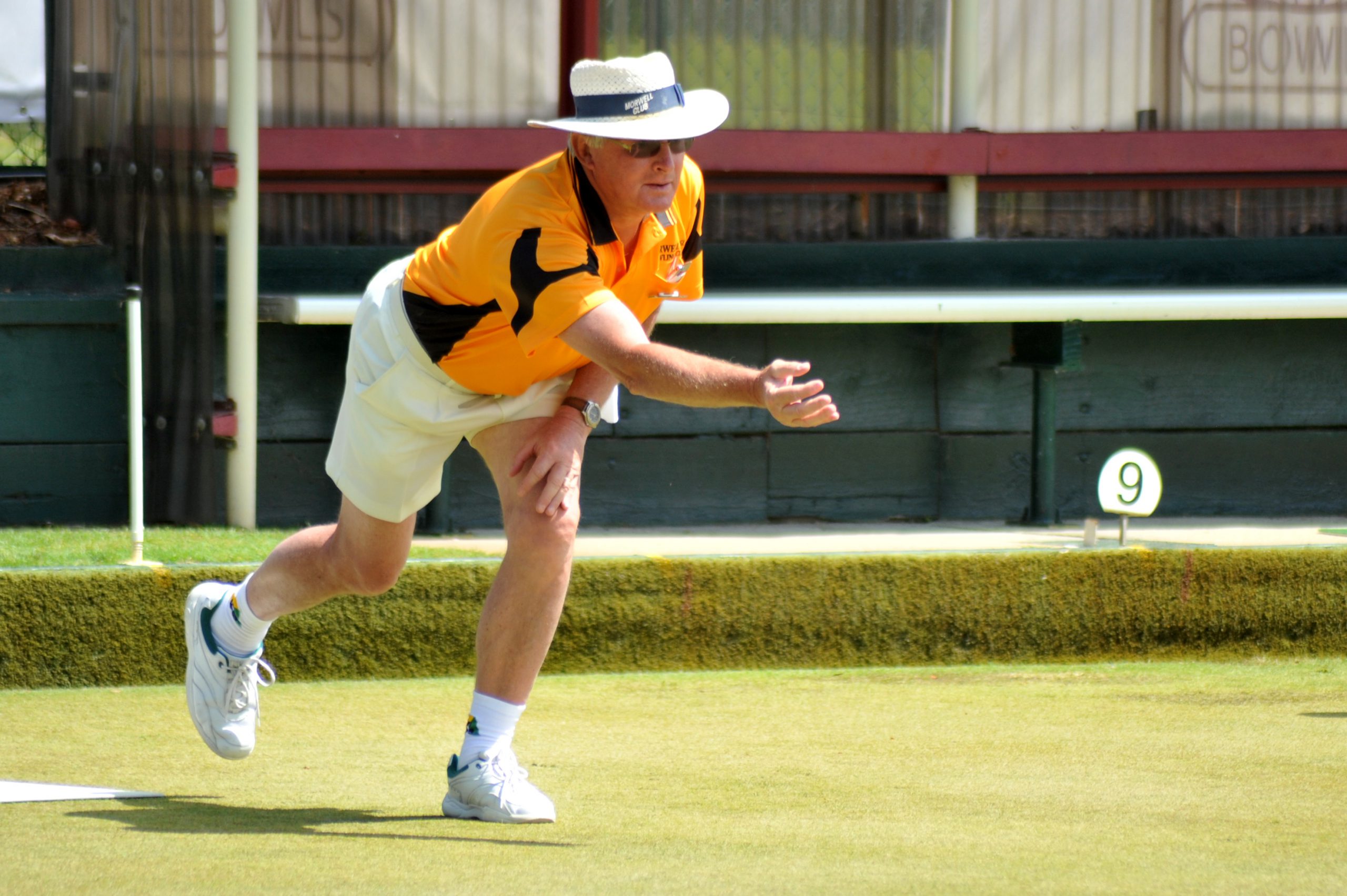 THE West Gippsland bowls association record books are due for a rewrite following an unprecedented string of state and association triumphs by Morwell’s Ian Kirkup.

The Morwell Club stalwart won five out of six possible titles between November and February to become the most successful West Gippsland bowler in a single season.

Kirkup began his streak at the state over 60 titles in Geelong where he claimed the singles crown and doubles with Ian Hilsley.

Michael Yacoub joined the party to claim the state triples alongside Kirkup and Hilsley, and featured again with Kirkup in winning the state doubles.

Kirkup also took the state fours by storm, defending the title with the aid of Hilsley, Matt Ferrari and Scott Gillespie.

The Kirkup express almost made it a perfect six from six in the state singles, where he was holding game in the quarter final, but was thwarted by the last bowl of the match to lose by one shot.

Winning the event the previous year, however, softened the blow.

The modest maestro said his incredible run came down to luck and the right combination of playing partners.

“I’m pretty happy to have done what I’ve done and I didn’t expect to get that far in any of those events,” Kirkup said.

“You need good help with you and you need some luck on top.”

The accomplished bowler has won every title on offer in West Gippsland over his 20 years at Morwell Club, including the champion of champions singles, pairs and fours, but has never before excelled to such an extent at state level.

“Over a long career I’ve featured in the majors if you like,” he said.

“These ones go on to the state whereas the others ones don’t go as far, so you’re in the last 16 in the state when you play these events.”

After emerging from the West Gippsland group stages, which are predominantly grass greens, Kirkup had to adjust to synthetic surfaces for the state rounds.

A new set of bowls and plenty of experience on variable surfaces held the old pro in good stead as he made the most of his purple patch.

“You have to play well on all surfaces rather than just concentrating on the grass,” he said.

“I just think I’ve probably been a little more consistent this year… and you’ve got to have a lot of luck.”

Kirkup admitted he was now a marked man after his stellar run, and was realistic about his chances of replicating the season past.

“Every game we go to people are saying ‘we want to beat him’; it’s a big feather in their cap to knock us off,” he said.

“The more you win the closer you are to your next loss.”