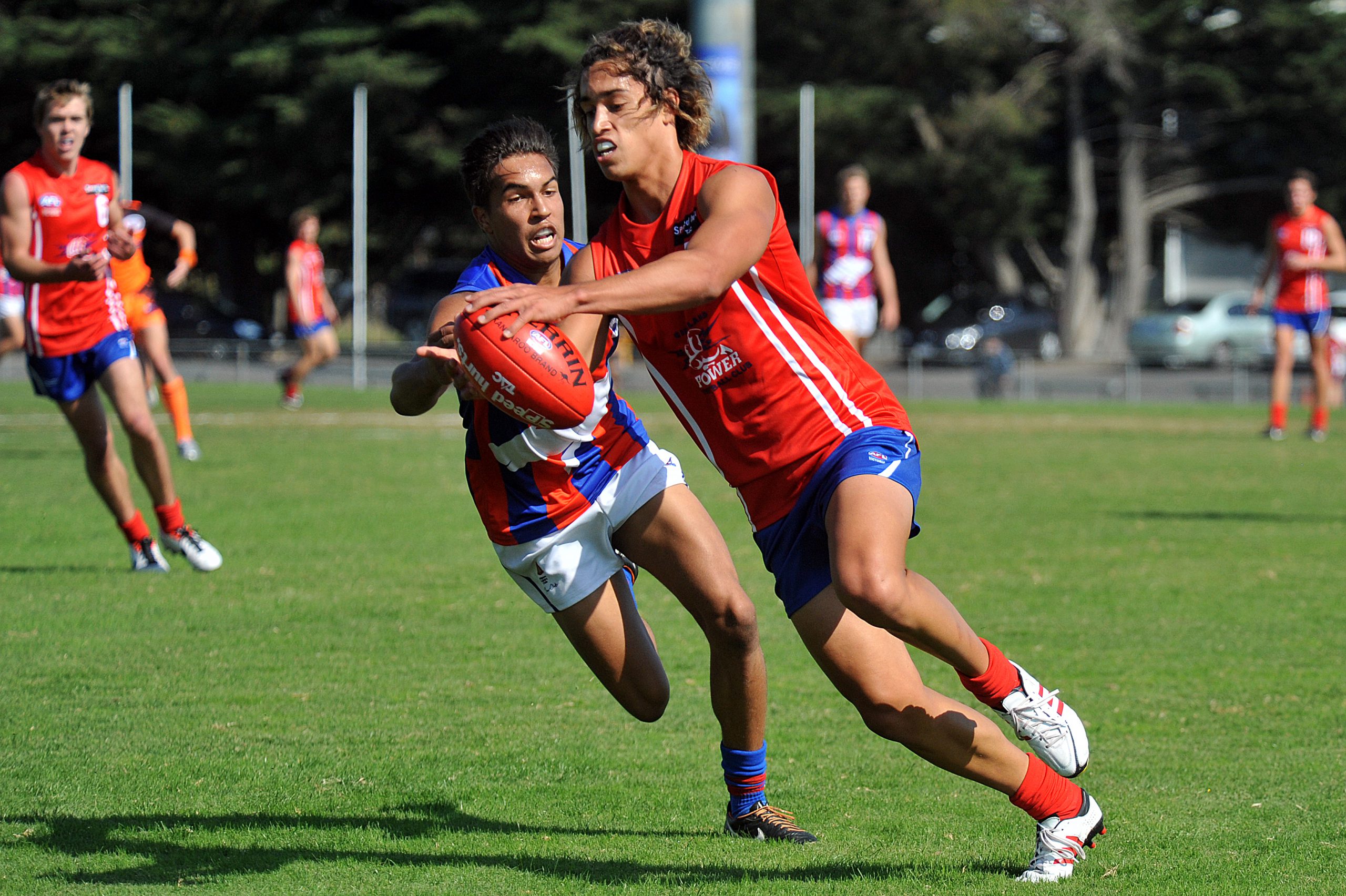 AFTER playing out arguably the best TAC Cup final in history last season, the Loy Yang B Gippsland Power and Oakleigh Chargers rematch in Morwell on Saturday was always going to be an epic.

The Power went into the game with only one change to the side that beat Dandenong Stingrays last week with Frazar Brouns replacing Brad Olsson.

The Chargers took the early initiative with the opening goal of the match before Power began to man up and thwart the Chargers’ game plan.

Liam Nash and Nate Paredes combined with skill to allow Josh Scott to reply for the Power.

Some brilliant play by Bohdi Walker gave Scott another before sustained pressure resulted in Nathan Cunico finding Scott for his third major for the term.

The Chargers were making basic errors as a result of the Power’s disciplined physical challenges, and Alex Saunders capitalised to snap a stunning goal to leave the Chargers on the back foot.

Rohan Hiderbrand finished off a good team goal to extend the lead, but the Chargers got their game going in the final seconds of the term to reduce the deficit to 19 points at the first change.

Power had double the number of forward 50 entries and had nearly posted 30 crunching tackles at quarter time.

Oakleigh’s intensity lifted in the second term to post three quick goals as Power was punished for a lapse in concentration.

Power got back on track and Aaron Heppell found Saunders for his second major.

Some clever footwork from Ed Morris allowed the Power to regain control, but some poor decision making gifted the Chargers a late goal to close the gap to five points at the main break.

In the opening minutes of the third quarter the Chargers again took advantage of some Power errors and it took some scrambly and hard-nosed play by Frazar Brouns to allow Scott to kick his fourth for the game.

Lachie Channing took the initiative with some excellent pressure to give the Power some breathing room but the Chargers hit back with another soft goal.

Excellent team work by Nash, Heppell and Scott set up Tom Muir to get a vital goal but again the Chargers rallied to stay in touch.

Some clever ruckwork by Jack Leslie gave Paul Pattison another for the Power and they went to the final change 11 points up.

The Chargers again scored the first goal of the quarter to show the Power they were in for a real contest and then upped the ante with another.

Hildebrand found Alex Carr for a critical Power goal before Nash and Scott combined for another major.

As per the pattern of the match, the Chargers posted a major on 10 minutes and then capitalised on another defensive “clanger” to put themselves back in the game.

Bohdi went quick, long and direct to find Nathan Dennison for what appeared to be the winning goal but the Chargers hit back hard and scored a vital goal late in the match to steal a win at the death.

Stoic defender Christian Buykx-Smith was a casualty of the loss, and had surgery to insert a metal plate into a broken arm sustained in the clash.

The Power now has its busiest week for the year with its under 15 and under 16 development groups involved in intra-state carnivals to go with their game against the Bendigo Pioneers.

The under-15s will be in Melbourne to play three games in three days this week while the under 16s will head to Bendigo for their matches next weekend.

Bendigo will be keen to build on an early win over the Rebels in round one and Power will be without Ben Kearns, who will play with Casey in the VFL, but should be close to full strength otherwise.