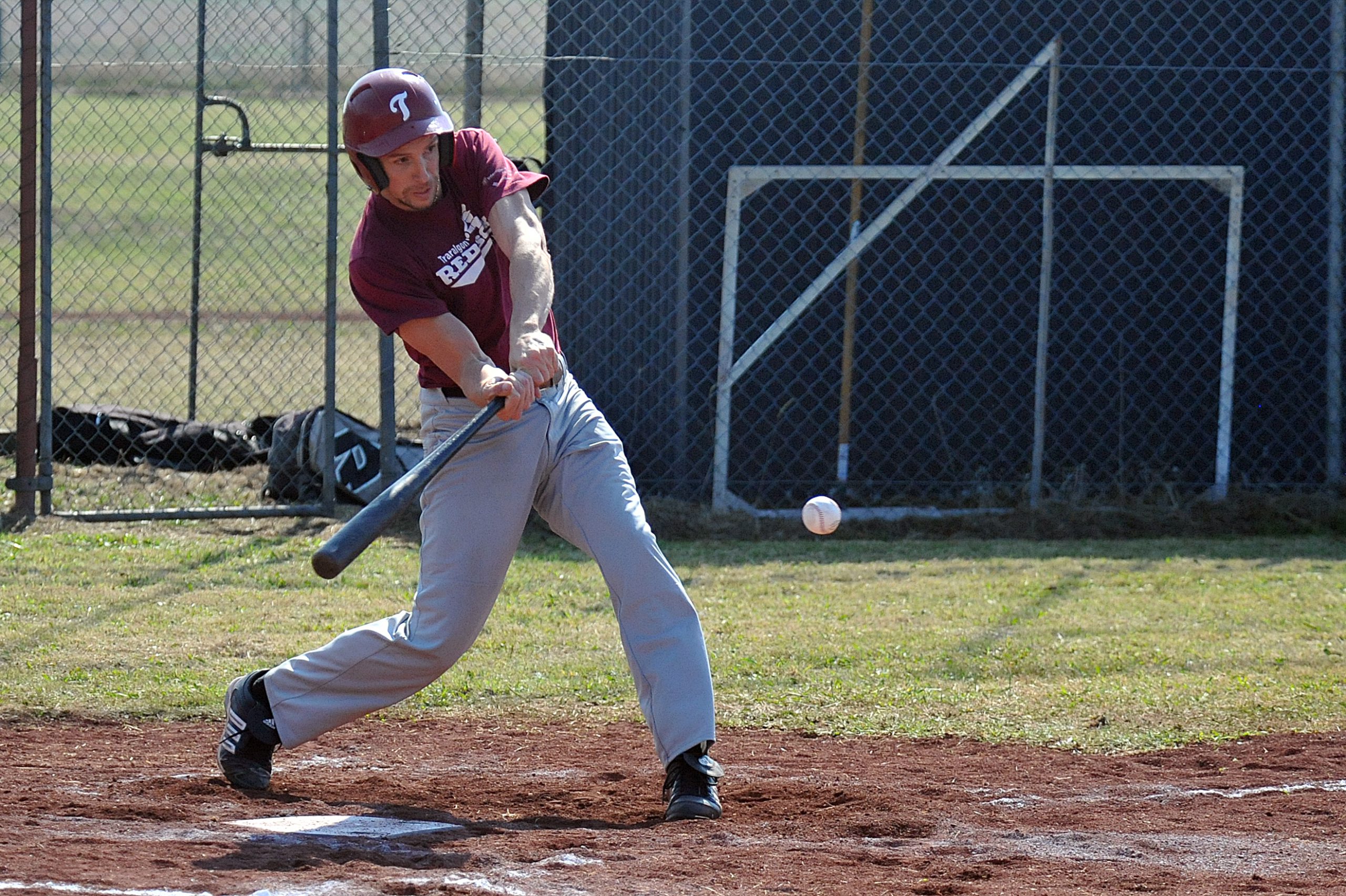 CHURCHILL Braves will be out for a third consecutive Latrobe Valley Baseball Association A grade title when the season gets underway this weekend.

The Braves begin their crusade against traditional titan Traralgon Redsox at home in a tussle between the two superpowers of Gippsland baseball.

The powerhouse pair has taken ownership of the premiership trophy in recent years, with Traralgon out to reclaim its status as top dog.

Churchill senior coach Shane Gill said the Braves were buzzing after the weekend’s pre-season competition, which included five metro teams, where they were able to blood some young talent.

“We went into the competition looking at our young kids and new acquisitions and we were really impressed with what we’ve got to work with this year,” he said.

“We’re looking good; we’d like to think we’ll be competitive again and hopefully come away with a third premiership.”

The A grade competition will be reduced to four teams in 2013, with Morwell unable to field a side in the top division.

Moe Newborough is shaping as a force after a strong showing in the pre-season hit out and will tackle Sale in round one, which will be out for redemption after missing last year’s finals.

The Rangers finished runner-up in 2011 to Churchill.

The 18-game, 20-round season should be a hotly contested competition, with senior numbers strong across the grades.

Junior recruitment will be a focus throughout 2013, with a series of active after school based initiatives in the works.

FRESH from back-to-back titles the Braves are brimming with confidence ahead of round one.

The side again looks to be a balanced unit, and will feed off exciting youngsters Floyd Haines and club newcomer Brad Warton.

Coach Shane Gill said the side was not putting expectations on itself, but believed the premiers would be there and thereabouts again in 2013.

THE Redsox have recruited well in the off-season with several new additions to an already strong unit.

After stringing several titles together over the past decade, Traralgon has been usurped as king of the mound by the Braves in the past two years.

The proud club has plenty of exciting young talent to draw from this season, and is bound to be a prominent contender for the title.

THE most impressive club in pre-season competition, Moe Newborough will pose a real threat to Churchill and Traralgon.

Brothers Dale and Nathan Simpson form an imposing duo for any opposition, and together with the reliable Tim Wilson will form the backbone of the Dodgers outfit.

An emphasis on defence to back up the pitching will see the Dodgers go a long way toward a breakthrough premiership.

SALE had a poor season by its standards in 2012 and will be looking to rectify its mistakes with a big year.

The emergence of promising pitcher and hitter James Jackson could prove the key to the Rangers’ run in 2013, and his fortunes on the mound may reflect the team’s fate.

The consistent Will Hector will stabilise the side and lead from the front.