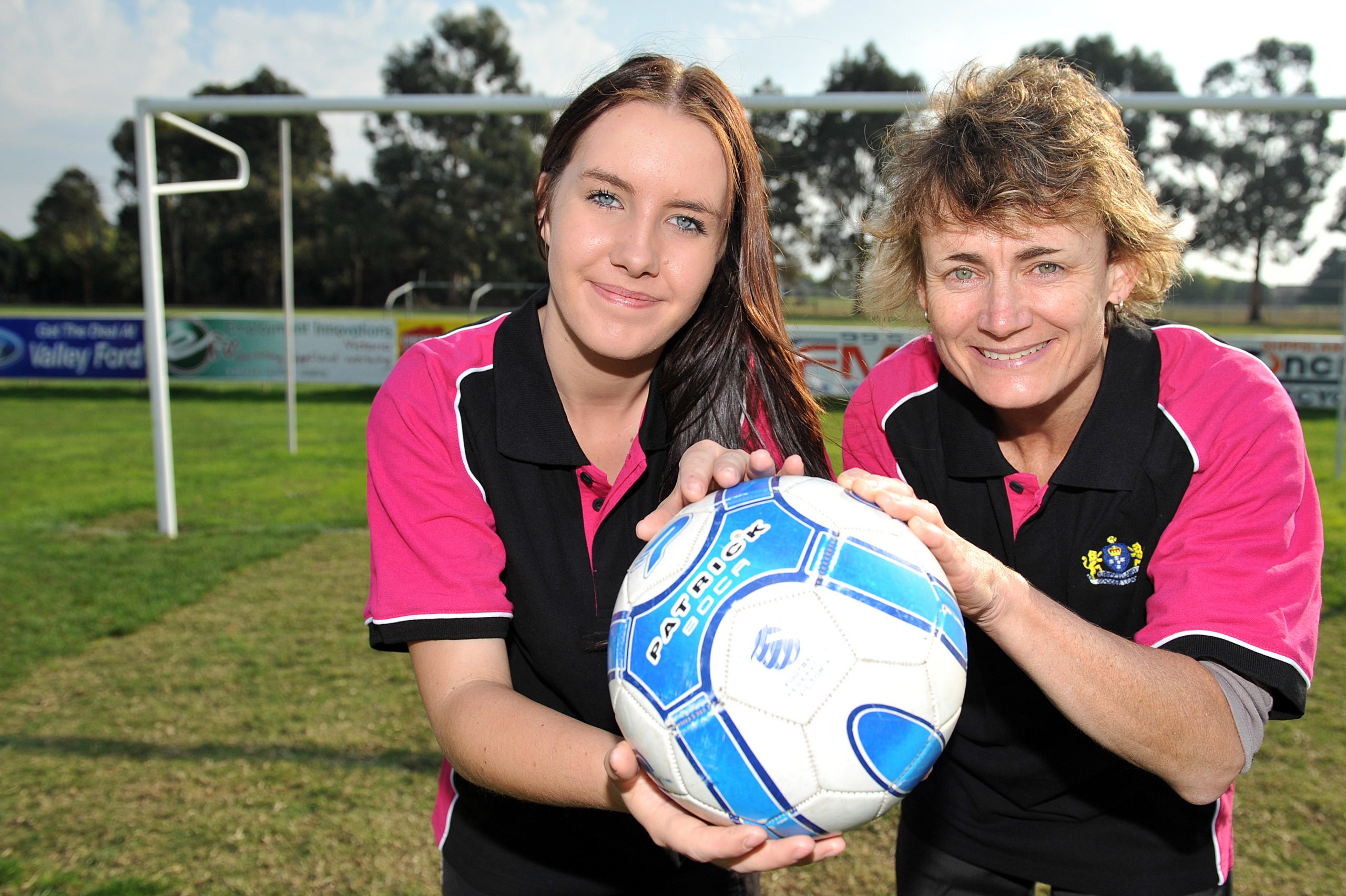 AN all-female action committee has been developed to oversee female soccer in Gippsland.

With former Matildas star Jane Oakley as lead ambassador, the new body was formed to stimulate increased female participation at all levels with an end goal of forming ubiquitous girls only competitions.

Currently 10-strong, the group will focus on four key areas – participation, sponsorship and grants, promotions and events – to foster the growth of the girls game in the region, with Oakley to support the committee members.

The key, according to project coordinator and Gippsland zone development officer Mark Cassar, is for girls to take an active role in creating their own future in the sport.

“The bottom line is we’d like to get more girls and women playing the game, refereeing, coaching, participating and presenting courses.

“We just want to see a steady growth in participation continue and make sure that it’s steady and its solid for the future… we want to lay the foundations for long term growth in Gippsland.”

Having played at the highest level of women’s soccer, Oakley will not only look to engage girls to play soccer, but show them a pathway to the upper echelons of the sport.

“It’s just an exciting time to promote women’s soccer, raise awareness and get young girls participating and playing the game,” she said.

“It’s a fantastic game and a real fantastic opportunity for young girls to aspire to play for Australia maybe one day if that’s what they want to do.”

Oakley was a late comer to soccer, starting out as a 14 year-old before climbing through the ranks to national representation.

The FFV hall of famer said the program would focus on raising awareness about the legitimacy of football as a girls game.

“If I’d had known about women playing soccer… I would have played earlier, so it’s a really good opportunity for them to play together at that young age,” Oakley said.

Oakley has seen a tremendous increase since her playing days in both numbers and skills, and wants to see it continue.

“The number of girls playing has grown tremendously… I just look at the technical development in women’s soccer and the skills (and they’re amazing),” she said.

“I haven’t watched the game for a while so I come and watch and there’s six year-old girls running around who are technically sound, so it has come a long way.”

The committee will target schools in the short term and is planning a large scale girls only tournament in September/October as its major annual event.

There will also be a focus on girls teams competing in Gippsland Soccer League small sided soccer and gala days.